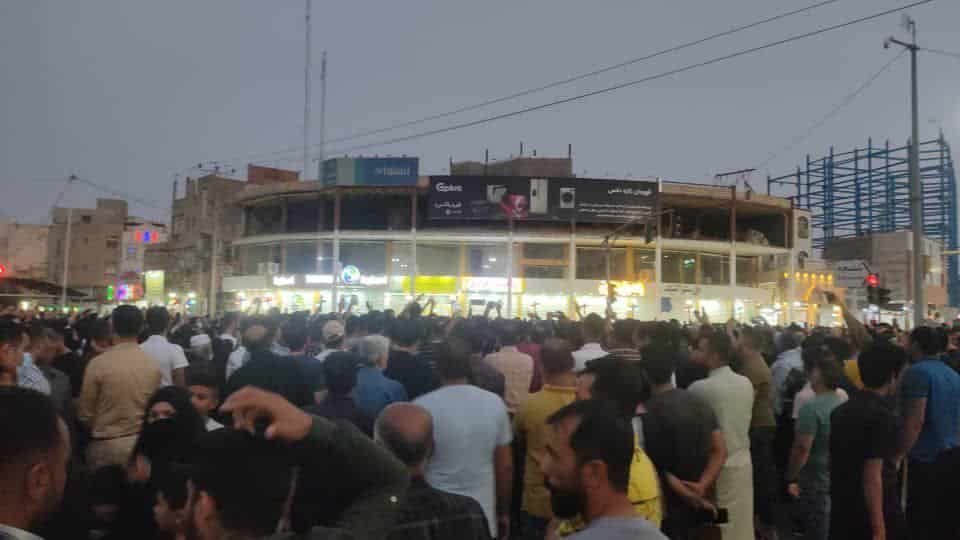 The Uprising Continues in Abadan and Beyond

Today, on the eighth night of the tragedy of the collapse of the ten-story Metropol Complex, the people of Abadan continued their rallies and protests against the clerical regime.

Images obtained indicate clashes and fights between the people and the repressive police force and the special units. Other cities have joined the protest and people are calling for regime change.

Abadan, Khuzestan Province- The youth are clashing with security forces

Bushehr, Bushehr Province- the people poured into the streets and are calling “death to the dictator!”

Tehran, Iran’s capital- the people are shouting: “Death to Khamenei!”

Shadegan, Khuzestan Province- people have taken to the streets to support the protests in Abadan

Fasa, Fars Province- a group of people gathered to honor the fallen victims in Abadan

Iranians Throughout Europe and Australia Support Their Compatriots Back Home

Today, while the people in Abadan continued to protest and cry for justice, freedom, and regime change, Iranians in the cities of Zurich, Brussels, Berlin, Cologne, Oslo, Gothenburg, Aarhus and Sydney organized rallies to express their solidarity with their fellow countrymen and women and be their voice to the world.

IRGC Is Expanding in the Iranian Kurdistan Region 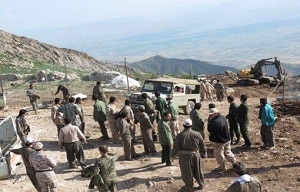 According to reports from the city of Sheno, Kurdistan province, the Iranian regime’s Revolutionary Guards Force is cooperating with the governor as well as officials from Urmia province to build a base for its troops near the village of Deh Shams. The IRGC has asked the locals for their land and upon resistance, it has threatened it will confiscate their property with or without their consent.

Locals say the IRGC has been trying to militarize Kurdistan since April, by establishing military bases in most of the villages of that area, including Singan, Hassan Nouran, and Narziveh. Its forces are constantly asking the citizens for land and cooperation and have caused public dissatisfaction.

Meanwhile, in the village of Rash Gund and the village of Aliavi, the IRGC has hired local mercenaries and has established a Basij base in the mosque of these villages.

This afternoon, footage sent from Azadi Stadium in Tehran shows that fans of the Esteghlal team who came to celebrate their championship in the league and watch the cup awarding ceremony expressed their solidarity with the people of the southern city of Abadan.

Paying respect and showing empathy to their compatriots in Abadan, a significant number of Esteghlal fans came to the stadium wearing black shirts and hats. 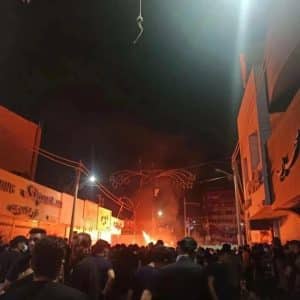 According to reports from Abadan, last night, as the regime desperately was trying to take control over the public outrage in the city, things took a radical turn.

Following the collapse of the Metropol Complex and protests spreading to more than a dozen other provinces, the regime that had previously forbidden media coverage of the incident changed strategy and tried to control the situation by announcing “a national day of mourning” and organizing an “official ceremony”.

After broadcasting verses of the Quran, playing the regime’s anthem and some music, the regime’s member of the parliament from Abadan, Mohsen Heydari, was supposed to conduct a speech. But the people prevented the MP by applauding and chanting slogans while attacking the stage on which the IRIB camera set was installed and lowering the camera.

The live broadcast of the ceremony was also interrupted during the speech of Abdul Hossein Ghabishawi, Khamenei’s representative in Abadan as the people started shouting and chanting slogans against him.

As the people of Abadan continued to demonstrate on Sunday evening, a group of Arab tribes from other parts of Khuzestan entered the city, holding their flags high and carrying weapons, warning the state of any violence against the people.

People clash the riot police and dismount them from their motorcycles

Arab tribes and people from Abadan chant: “God is great! There’s no God but the almighty!” 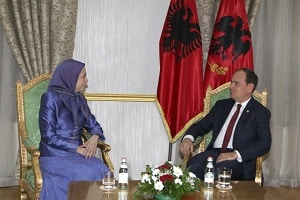 I offer my condolences on the passing of former Albanian President, Hon. Bujar Nishani to his family, the Albanian people, and the government.

Upon meeting him in his office in 2016, I experienced firsthand his commitment to democracy and human rights and his attention to MEK in Albania.

Fifth Night of Anti-regime Protests, Ceremonies in Many Iranian Cities 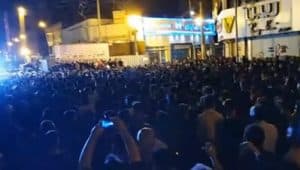 People took to the streets on Sunday for the fifth consecutive night. The cities of Abadan, Masjed Soleyman, and Kazerun were scenes of anti-regime rallies and gatherings held in the memory of the 29 people killed on May 23 as Abadan’s city’s 10-story Metropol tower collapsed. Reports indicate others were injured and dozens are still feared to be under the rubble. 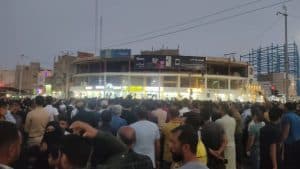 According to the state-run Mashregh News Website, a well-informed official in the Targeted Subsidies Organization announced that livelihood subsidies were paid to 72 million people on the night of May 28. Despite this announcement, many people eligible to receive the subsidies have complained of the delays, and some have said they have yet to receive them.

Iran is a country with 85 million people. A simple math calculation suggests that %84.706 of the population is in need of government assistance. On May 16, the Iran-based newspaper Etemaad Daily reported that 72 million people in Iran needed subsidies.

Previous articleCognition, Recognition and Change
Next articleEverything the Collapse of the Metropol Building In Abadan Brought to Light