Written by Hamideh Taati
9th May 2022

A leaked audio file from the director of the Iranian regime’s ‘Radio Farhang’, reveals a desperate state that can’t tolerate even simple news coverage and considers the truth as a security threat.

In the file, Alireza Habibi is heard saying: “Look, at the current state of our society, given these conditions of hardships and problems, like, I don’t know… bread, pasta, etc., etc. At this juncture, the media must actually improve the psychological security of society and not incite more tensions. Please pay a little more attention… no, you have to be intensely careful, with all your senses.”

“Dear producers, don’t start criticizing the government in your political analysis; now is not the time for this,” Habibi added. “Some people just start finding weak performances of the state. It’s not the right time for this and you have seen where social media is heading to. Some people just go with the trends. Stay away from negative headlines or critical headlines. Stop using headlines about soaring prices.”

Then he warns: “Look, I’m telling you. Be careful with your communications. Start managing your phones and everything. In case there is the slightest mistake, there will be no pardon. Now, everything is considered from a security point of view.”

Today, for the second consecutive day, the teachers in Marivan in Iran’s Kurdistan province protested and organized sit-ins at schools. The teachers have protested against the continued detention of two of their colleagues, Eskander (Soran) Lotfi and Massoud Nikkhah, as well as the humiliation and attacking of teachers by security forces at a rally on May 1.

Iranians Rally in Europe and Canada to Support Protests Back Home

Iranians and supporters of the Iranian Resistance held rallies in several cities in Norway, Sweden, and Canada, while supporting the protests of the Iranian people and calling for the Iranian regime officials to be tried for crimes against humanity and human rights abuses.

Terrified of New Uprisings, Khamenei Warns Workers Not to Associate Themselves with The Enemy 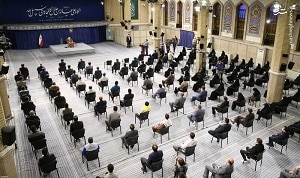 As unprecedented inflation and soaring prices have taken thousands of people across Iran to the streets and while state officials are calling on Ebrahim Raisi’s administration to resign, the Iranian regime’s Supreme Leader Khamenei set up a meeting today with a crowd he called “workers” and warned the Iranian people to stay away from his enemies.

During his speech, among other things, Khamenei stated: “Of course, there have been occasions where workers have objected, and rightly so. I will follow up on those occasions where workers have gathered and where their protest was legit. For instance, imagine that the government had conceded a factory to an individual, and instead of managing the factory, this person has sold the factory and fired the workers in order to build a hotel on the land. Well, workers came out and protested and they have always kept a distance from the enemy and have prevented the enemy to exploit their protest. This is important. This is very important. I do not know how to express my gratitude for this set of insightful people.”

While Iranians Struggle to Buy Bread, Iranian Regime is Sending Flour to Iraq

On Sunday, May 8, footage posted on social media showed that despite the high price of bread and the lack of sufficient flour in Iran’s market, the Iranian regime has sent several tons of flour to the Iraqi city of Karbala under the brand “Karbala Charity”. These bags have been sent back to Iran. As shown in the video, the flour bags are made in Iran.

In recent days, due to high prices of bread and flour, uprisings have taken place in the southern Khuzestan province, namely in the cities of Izeh, Susangard, and Ahvaz while the situation in other cities has also been reported critical.

Strong Bipartisan Signal in the U.S. On Iran’s Regime and the IRGC

Ted Cruz: Iran's IRGC is responsible for murdering over 600 US servicemen and women 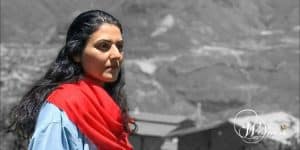 In a letter from Amol Prison, political prisoner Golrokh Ebrahimi Iraee has challenged the Iranian regime’s Judiciary for speeding up the execution of death penalties in recent years.

She protested in the letter the expedition of what she called state-sponsored murders based on a law passed in 2019 under Ebrahim Raisi, as the head of the Judiciary.

Golrokh Ebrahimi Iraee condemned the regime’s handing down of “retribution” verdicts which sanction systematic murder of people “on any charge” and “under any pretext.”

Iran: Protests Break Out in Khuzestan Due To Skyrocketing Rise in Prices, Especially of Bread

Iran: Alarming increase in price of bread, other foods

May 8, 2022: The secretariat of the National Council of Resistance of Iran (NCRI) issued a statement in regard to the protests in Khuzestan province on the astronomical rise in prices, especially bread. The full text of the statement is as follows:

On Friday and Saturday evening, May 6 and 7, 2022, the enraged people of Khuzestan Province (southwest Iran), including in Ahvaz, Izeh, Baghmalek, and Susangerd, took to the streets in protest against the skyrocketing prices of essential goods, especially the astronomical rise in the price of bread.