GENEVA (14 December 2020) – UN human rights experts* condemned the execution of Ruhollah Zam, an Iranian dissident and founder of AmadNews,calling his conviction and execution “unconscionable” and a serious violation of Iran’s obligations under international law.

In July 2020, the Iranian judiciary announced that Mr. Zam had been sentenced to death on the vague charge of “spreading corruption on earth”. Iranian authorities convicted Mr. Zam over information released on AmadNews that they allege helped inspire nation-wide anti-government protests in 2017, and which revealed damaging accusations about State officials. Iranian state media said on 12 December he had been executed.

🇮🇷 UN experts condemn the execution of #RuhollahZam, an Iranian dissident and founder of AmadNews, calling his conviction and execution “unconscionable” and a serious violation of #Iran’s obligations under international law. Read more 👉 https://t.co/6J9BHQsWpX pic.twitter.com/ThVsslIWzd 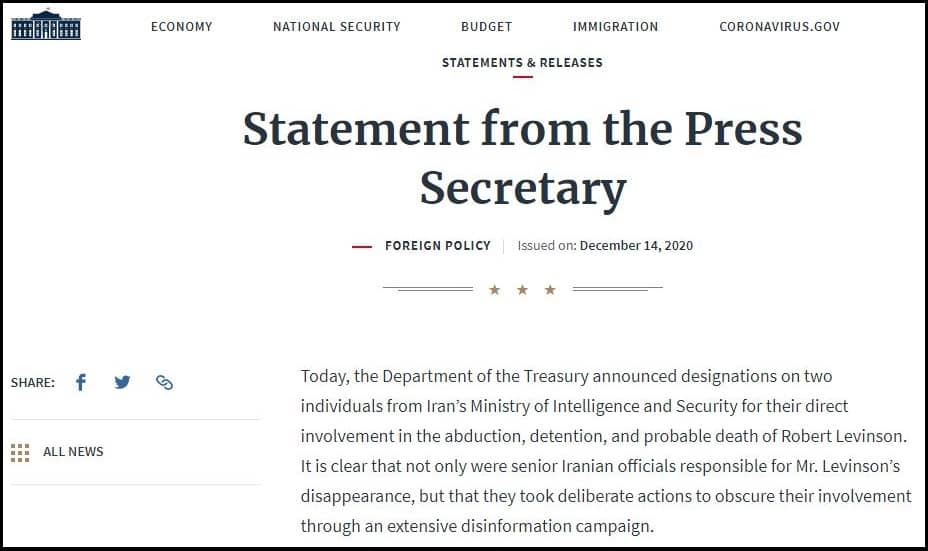 Today, the Department of the Treasury announced designations on two individuals from Iran’s Ministry of Intelligence and Security for their direct involvement in the abduction, detention, and probable death of Robert Levinson. It is clear that not only were senior Iranian officials responsible for Mr. Levinson’s disappearance, but that they took deliberate actions to obscure their involvement through an extensive disinformation campaign. 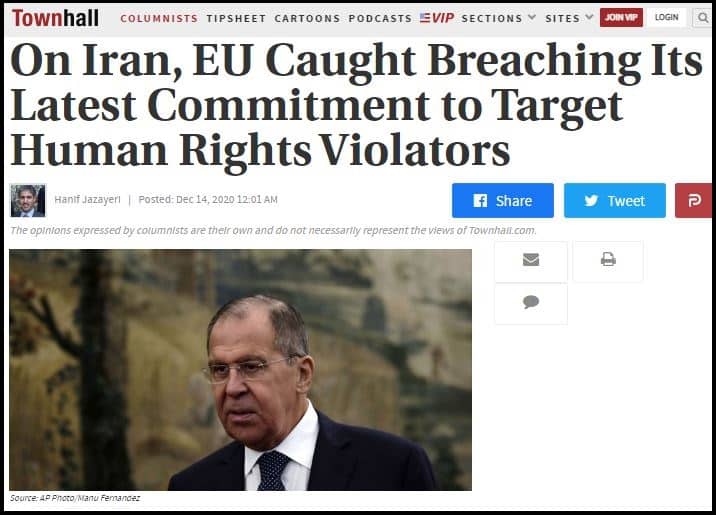 Last week it almost seemed that EU leaders had finally taken it upon themselves to take concrete action against human rights abusers such as Iran’s leaders.

But within just a week of EU foreign ministers adopting the “global human rights sanctions regime,” targeting those responsible for serious human rights violations, the EU’s foreign policy chief Josep Borrell was scheduled to hold the Europe-Iran Business Forum – an event that was postponed at the very last minute after the regime hung yet another former European resident over the weekend.

Workers of the Water and Waste Water Department protest

Dec. 14- Shadegan, SW #Iran
Workers of the Water and Waste Water Department gathered outside the department to demand their unpaid wages.
One of the protesters said the workers had not received at least 6 months of their wages. #IranProtests pic.twitter.com/KCA4C6cKg7 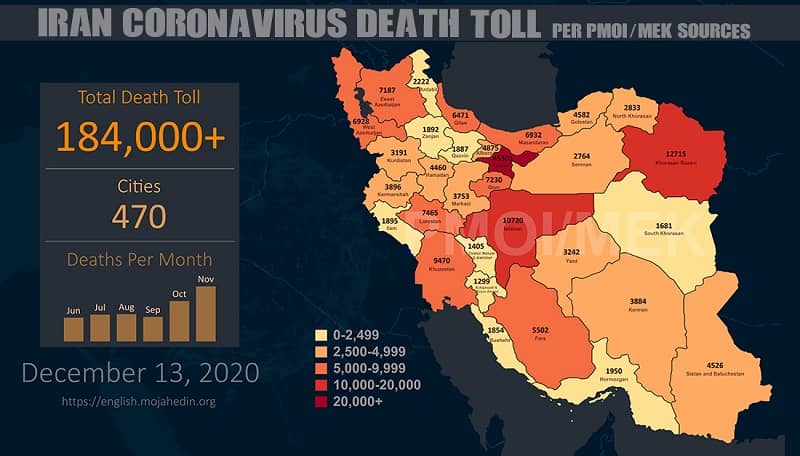 Maryam Rajavi: After 32 years, UN experts described the 1988 Massacre of political prisoners in Iran as a “crime against humanity”

Maryam Rajavi the President-elect of the NCRI wrote in a message on Twitter that after 32 years, UN experts described the 1988 Massacre of political prisoners in Iran as a “crime against humanity.” She wrote: “The justice movement is bearing fruit on the international front. The era of silence & ignoring of regime’s major crimes is over.”

After 32 years, UN experts described the #1988Massacre of political prisoners in #Iran as a "crime against humanity. "The justice movement is bearing fruit on the international front. The era of silence & ignoring of regime's major crimes is over. pic.twitter.com/9Dlplf4edR

Friday marked the seventh day of a strike by bus drivers in the city of Falavajan, Isfahan province, who have been protesting the low income and high maintenance costs.

It is worth noting that these buses are transporting more than 4,000 passengers daily in eight cities and three counties.

A court in Tehran charged Hoda Amid and Najmeh Vahedi, who were both arrested in 2018, with “collaborating with the US government against the Islamic Republic on the issue of women and the family,” Iranian news website Emteded reported on Saturday.

Previous article
International Condemnation of Iran’s 1988 Massacre
Next article
What Should the EU’s Policy Toward Iran Be?