KERBALA, Iraq – In September, a senior Iranian commander made an unannounced visit to one of Shi’ite Islam’s holiest sites in the southern Iraqi city of Kerbala.

Hassan Pelarak, a top officer in the Revolutionary Guards’ elite Quds Force, had recently been sanctioned by the U.S. for weapons smuggling. He was checking in on a construction project led by a firm he owns together with other Revolutionary Guards, a foundation linked to Iran’s Supreme Leader. This foundation too is under U.S. sanctions.

The vast, $600 million expansion at the Imam Hussein shrine, which is revered as the place of martyrdom of the Prophet Mohammed’s grandson, will swell the capacity of what is already the world’s largest annual pilgrimage, dwarfing the Hajj to Saudi Arabia’s Mecca. It is the biggest development at the shrine in 300 years. 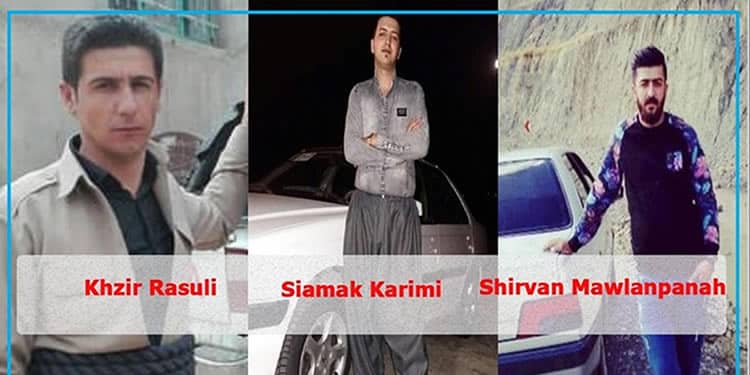 Two Iran border porters or “kolbars” were injured by border forces this week, while another kolbar was killed on November 27.

According to the Hengaw Organization, border forces opened fire at a group of “kolbars” on November 30, injuring a man identified as Shirvan Mulanpanah. The shooting started without warning. Shirvan was taken to a hospital in Qalat Dizah, a town in Iraqi Kurdistan near the Iran border. 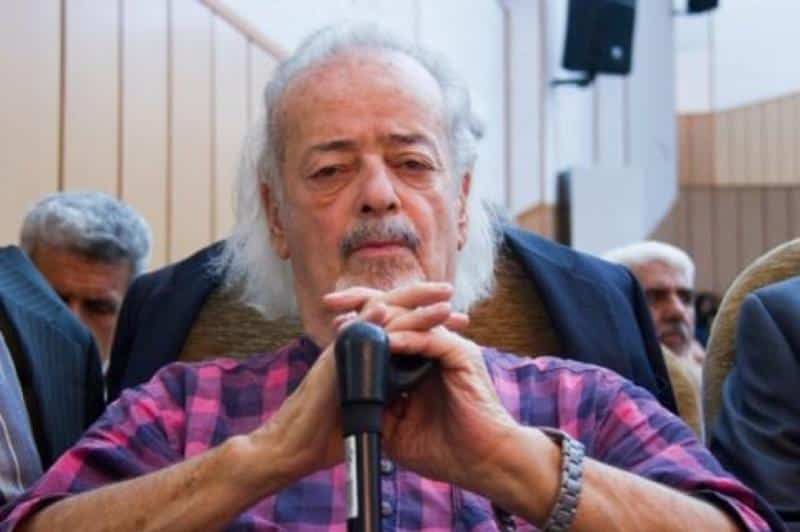 Dr. Mohammad Maleki, the first president of Tehran University after the anti-monarchical revolution, has passed away.

Dr. Maleki was persecuted and tortured for many years in the Iranian regime’s prisons for his opposition to the ruling religious tyranny, and after his release, he faced all kinds of pressure and oppression from the clerical dictatorship.

Condolences on the demise of Dr. #MohammadMaleki, Tehran Univ. 1st Chancellor post-anti-monarchic revolution in 1979. He was under pressure & torture in prison for years for opposing the ruling theocracy. Following his release, he also endured pressures & restrictions. #Iran pic.twitter.com/pfz2LWlxHJ

With sincerest sympathies to the oppressed people of Khuzestan, who under the mullahs’ criminal rule, face calamities every day, whether Coronavirus or destructive floods. Regime’s policy of plunder has exacerbated such natural disasters a hundred times.

I ask the youth to help and support flood-stricken victims, esp. children and women. Mullahs’ destructive policies in wasting our nation’s wealth in unpatriotic nuclear, missile progs, the export of terror and war, made our people vulnerable to flood, earthquake and COVID-19. 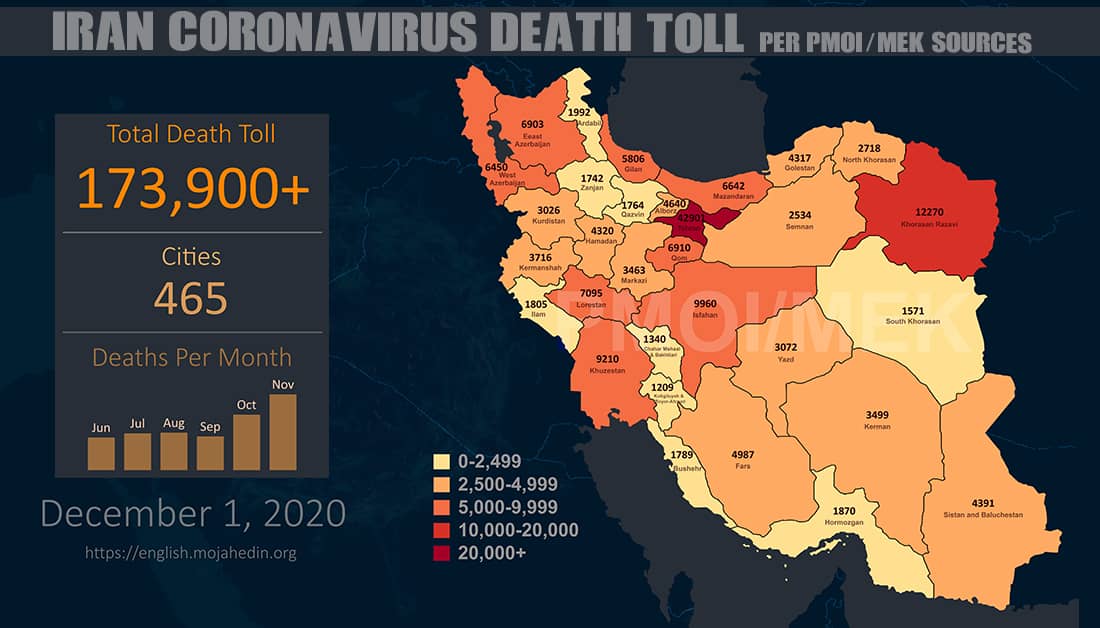 More than 173,900 people have died of the novel #coronavirus in 465 cities checkered across all of Iran's 31 provinces, according to the Iranian opposition PMOI/MEK. 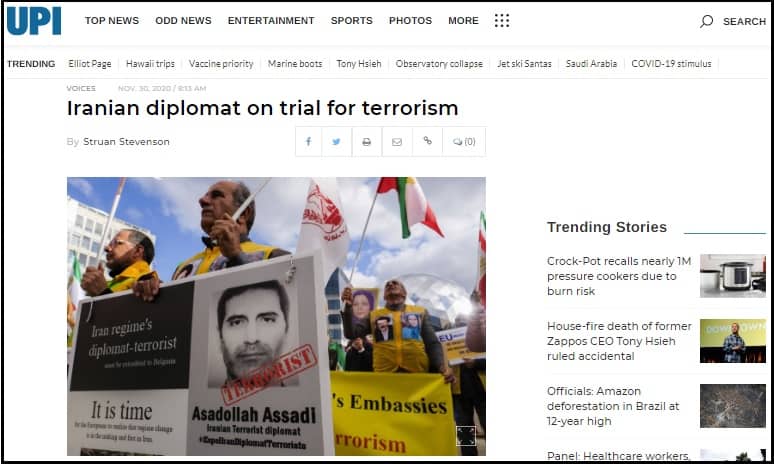 On Friday, the trial began for Assadollah Assadi, a senior diplomat from the Iranian Embassy in Vienna, and three co-conspirators on charges of terrorism. Assadi refused to appear in the Antwerp court in Belgium, claiming immunity as a diplomat. If he is found guilty, he could face life in prison. It is the first time ever that a serving diplomat has faced a European court on such momentous charges. 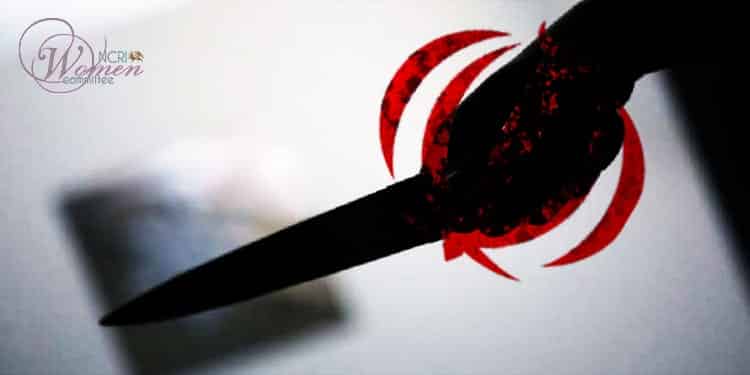 Iran is one of six countries across the globe that have not yet signed the Convention on the Elimination of All Forms of Discrimination Against Women. Iranian women are denied the most basic rights, including the right to divorce, custody, travel, education, employment, and clothing.

The mullahs’ laws recognize men’s second through fourth marriages and their unilateral decisions to divorce. The laws also allow men to beat women and children. These laws make men the owners of their family members’ blood and lives.

Heartbreaking Death of a Seven-Year-Old Boy in Iran

On December 1, Hamshahri Online website reported that the corpse of seven-year-old Seyed Ali-Asghar Mousavizadeh was found on the coast of Dayyer port. Somewhile ago, Ali-Asghar’s 11-year-old brother Mohammad had also committed suicide due to a lack of proper equipment such as tablets and smartphones for participating in remote education classes.

THE CONTENT OF THIS PAGE WILL BE UPDATED WITH THE LATEST NEWS UPDATE: 9:00 PM CET Comment Central: Rules of Diplomacy Don’t Allow Us to Turn...
Read more
Iran News Now