Today, July 29, on the anniversary of the massacre of political prisoners in the summer of 1988, the clerical regime imposed new restrictions on the martyrs’ families. This time, security forces prevented families to bring flowers to the graves of their loved ones.

In June, concrete walls were installed around Khavaran cemetery. Some families of political prisoners buried in Khavaran cemetery also reported changes, including altering the entry point and installing CCTV cameras around Khavaran. Previously, some mass graves were destroyed and the area was used for new construction projects.

After several decades and numerous systemic efforts to destroy any evidence of the massacre of political prisoners in Iran, the victims’ families continue to search for the whereabouts of their loved ones. Many of the regime’s security institutions continue to try to prevent the mass graves to become a place for public attention. 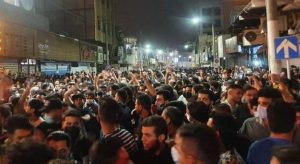 The state-run website Saat24 wrote on July 28: “Farzad Poursaid, one of the authors of the National Security Watch, has come to the following conclusion by examining the special situation of Iranians’ behavior from January 2017 to July 2020: ‘Since January 2017, protests have continued to occur in Iranian society and their time intervals have decreased. The diversity and dispersion of the participating strata, as well as the radicalization of slogans and their disruptiveness show that the Iranian society is witnessing a shift from a dominantly “movement” tendency to a new type of collective protest action that can rather be called a “rebellious feat”.’

The monthly National Security Watch is one of the authoritative expert publications on national security in Iran, which is published by the Institute of Strategic Studies.

Floods and Landslides Across Iran Continue to Claim Lives 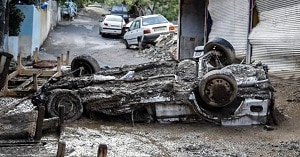 While the National Center for Forecasting and Crisis Management in Iran has declared the weather conditions in most parts of the country as “dangerous”, floods continue in 100 cities and 300 villages, leaving 32 dead and 30 missing in four provinces in just one day.

Mehdi Valipour, head of the regime’s Red Crescent Relief and Rescue Organization, reported the death of 32 people in the recent floods and told the state news agency IRNA: “As of 12 pm, 57 people in 18 provinces of the country have whether died or went missing due to the floods.”

On Friday, the Meteorological Organization announced a “red alert” in many provinces of Iran. According to this organization, flood risk is currently threatening 26 provinces of the country.

On Thursday morning, July 28, heavy rain fell in Tehran. Landslides and flooding in Imamzadeh Dawood area in the north of Tehran killed at least 7 people and injured more than 14 people. 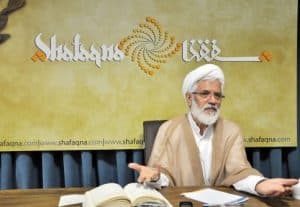 Mohammad-Reza Noorelahian, a former official who used to preach the Iranian regime’s extremist teachings abroad, admitted to the public hatred against the ruling clergy.

On July 29, in an interview with the state-run website Shafaqna, he said: “There are indications that show that a very serious fault has been created between the clergy and the people, and this gap cannot be repaired within a day or two.”

“That clerical group today has distanced itself from so many people,” Noorelahian added. “Sooner or later we will see that something bad will happen to many religious seminaries. We ourselves have caused severe damage to our own reputation. Many of us have hurt people with our actions.” 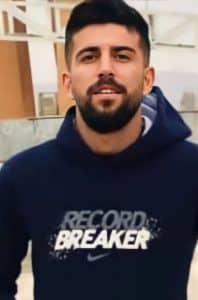 On Tuesday, July 26, a citizen from Kurdistan province died due to indiscriminate shooting by police officers in Ahvaz, Khuzestan province. The victim has been identified as Sina Zafari, 21 years young, son of Sarwar, and from Kamiyaran city.

According to a local source, Mr. Zafari died as a result of being shot by police officers in the heart and waist. Once suspected of carrying illegal items, the police fired directly at Sina’s car without prior warning.

Sina Zafari’s family filed a complaint against the police officers in the Ahvaz Court of Justice. Sina’s body was buried in the city of Kamiyaran on Thursday, July 28.

The Fingers of Prisoner Were Amputated in Iran 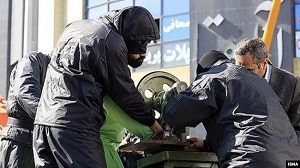 On July 27, despite the warnings of international human rights organizations to stop the inhumane retributions of amputation, the Iranian regime’s Judiciary cut off the fingers of another prisoner in Evin prison by a device similar to the “guillotine”.

Earlier in July, the spokesperson of the United Nations Human Rights Office asked the Iranian regime to immediately seize the implementation of punishments such as amputation, flogging, and stoning.

Amnesty International has called cutting off fingers of prisoners in Iran as “a form of torture” and a “shameless cruelty” of the regime’s judicial system.

On Sunday, June 19, the regime’s Judiciary had apparently backed down from amputating the fingers of 8 prisoners and had denied the news.

Are We Looking at the JCPOA’s Corpse? 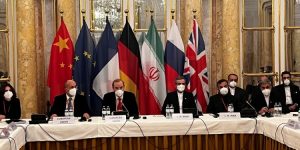 Iran’s nuclear program is “galloping ahead” and the International Atomic Energy Agency has very limited visibility on what is happening, said IAEA chief Rafael Grossi in an interview with Spain’s El Pais newspaper on July 22. These remarks have been described by analysts as serious warming about Tehran becoming a nuclear threshold state in the near future. The Wall Street Journal published a piece on July 25 titled “The Iran Nuclear Deal’s Convulsive Death.” The Iranian Ministry of Health announced a ban on screening women (ultrasound tests) in a letter addressed to universities and medical centers across Iran.

The Health Ministry’s objective is to apply the Youthful Population and Protection of the Family law or the Population Growth Plan as much as possible.

According to this letter, any training, counseling, and advice to carry out ultrasound tests for fetal abnormalities are prohibited in level one health and medical centers and clinics.

Senobar Jalali, the 4TH Woman Executed in One Week in Iran 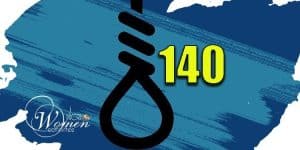 On Wednesday, July 27, 2022, an Afghan national named Senobar Jalali was executed in Gohardasht Prison of Karaj. The execution brings to 140 the number of women executed in Iran since the summer of 2013.

Senobar Jalali was imprisoned in Qarchak Prison. She was transferred from ward 7 of Qarchak Prison on Tuesday, July 26, and moved to solitary confinement in Gohardasht Prison.

Iranian Regime’s Concerns Over Its Fragile Influence in Iraq 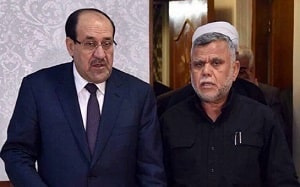 Since 2003, the Iraqi people have consistently tried to subvert a covert occupation by Tehran. In their demonstrations, Iraqis have frequently chanted, “Iran; out, out; Baghdad should remain free.”

During the Iran-Iraq war (1980-1988), the Islamic Revolutionary Guard Corps (IRGC) transferred Iraqi captives to a northern barracks and tortured them to death. The IRGC then formed Shiite militias from those captives who succumbed and betrayed their country.

Gothenburg, July 27, 2022: Freedom-loving Iranians and supporters of the People’s Mojahedin Organization of Iran (PMOI/MEK) called for the expulsion of the Iranian regime’s MOIS agents from European soil and demanded the closure of the regime’s embassies.

Brussels, July 28, 2022:Freedom-loving Iranians, MEK Supporters Rally in Front of the Belgian Parliament Against the Shameful Deal With the Mullahs

Brussels, July 28, 2022: MEK Supporters Rally Against the Shameful Deal With the Mullahs

Brussels, July 28, 2022: Freedom-loving Iranians, supporters of the People’s Mojahedin Organization of Iran (PMOI/MEK), held a demonstration near the Belgian parliament. The Rally was at the same time to the Brussels Court of First Instance, considering a request by the Iranian Resistance preventing the extradition and release of Assadollah Assadi, an Iranian regime diplomat-terrorist.