Iranian teachers are constantly having to protest over their poor living conditions, which are caused by low and unpaid salaries, which means they are denied the basic dignity they should be afforded.

Over the summer, part-time teachers retired teachers, and teachers with formal contracts have all held protest rallies where they demanded to be paid their wages, bonuses, and pensions.

A local cobbler set himself on fire and died

Kermanshah, W #Iran
A local cobbler set himself on fire outside the Social Security Org. in protest to his unemployment insurance being cut off. He said he didn't have money to provide treatment for his mother, who is suffering from cancer.
He died on Nov. 18 in the hospital. pic.twitter.com/njMRHcybyc 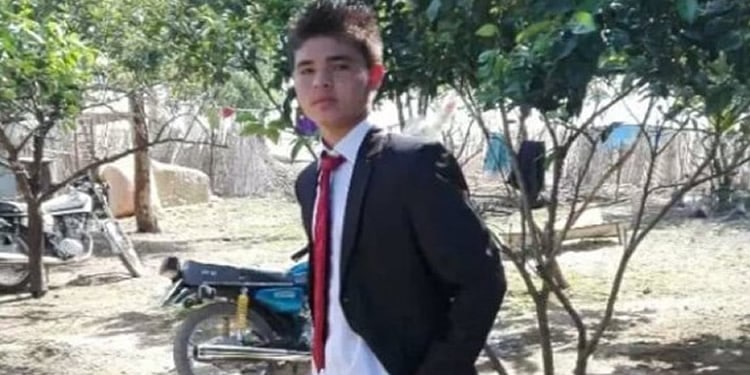 A young inmate, Mohammad Dowji, 19, was tortured to death by prison guards in Amirabad Prison in Gorgan on November 18, 2020. He had been imprisoned for engaging in a fight. He was from Odak Dowji village in Agh Ghala county, in the province of Gorgan, northern Iran.

Two Kurd border porters were killed by Iranian border forces Wednesday in West Azerbaijan Province, northwestern Iran. They were identified as Vasim Fardinzadeh from Oshnavieh, and Hakan Mohammadzadeh who was married and had two children and lived in Salmas. #Iran pic.twitter.com/g6kdDmDOOH

Mrs. Maryam Rajavi, the President-elect of the National Council of Resistance of Iran (NCRI), welcomed the adoption of the 67th United Nations resolution condemning the grave and systematic violations of human rights in Iran.

Those responsible for the majority of the crimes to which the resolution has referred are the very people who turned the November 2019 uprising into a bloodbath, killing at least 1,500, including young people, wounding 4,000 and arresting 12,000 more. The same officials who have been continuously perpetrating crime against humanity for the past four decades, in particular the 1988 massacre of political prisoners, Mrs. Rajavi said.

I welcome the adoption of the 67th United Nations resolution condemning the grave and systematic violations of #HumanRights in #Iran. https://t.co/7V920SdXms pic.twitter.com/YWYWVrjEfC 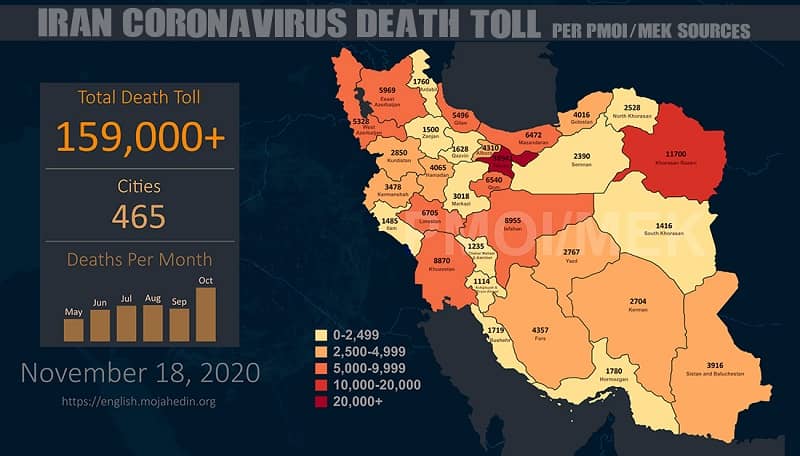 A year ago, Iran’s regime massacred as many as 148 Iranians in Mahshahr. Today, I designated Heidar Abbaszadeh and Reza Papi for their role in gross human rights violations by Iranian security forces as well as other agents of regime oppression. We will never forget their crimes. 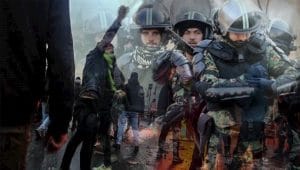 As Iran’s regime continues to ratchet up repressive measures on the anniversary of the nationwide November 2019 uprising, security forces are arresting former political prisoners to prevent potential protests. Meanwhile, the regime’s judiciary is summoning people with family ties to the People’s Mojahedin Organization of Iran (PMOI/MEK) and warning them to avoid engaging in activities on the anniversary of the uprising.

Thursday, November 19, 2020, marks the 363rd day since the beginning of the nationwide Iran protests.

Reports tallied by the People’s Mojahedin Organization of Iran (PMOI/MEK) indicate there have been various protests by all walks of life across Iran within...
Read more
Iran News Now

On June 30, 2018, the National Council of Resistance of Iran held its annual “Free Iran” rally outside of Paris, for the purpose of...
Read more
Iran News Now

THE CONTENT OF THIS PAGE WILL BE UPDATED WITH THE LATEST NEWS UPDATE: 5:30 PM CET Iran's poultry price hikes have led to long lines amid...
Read more