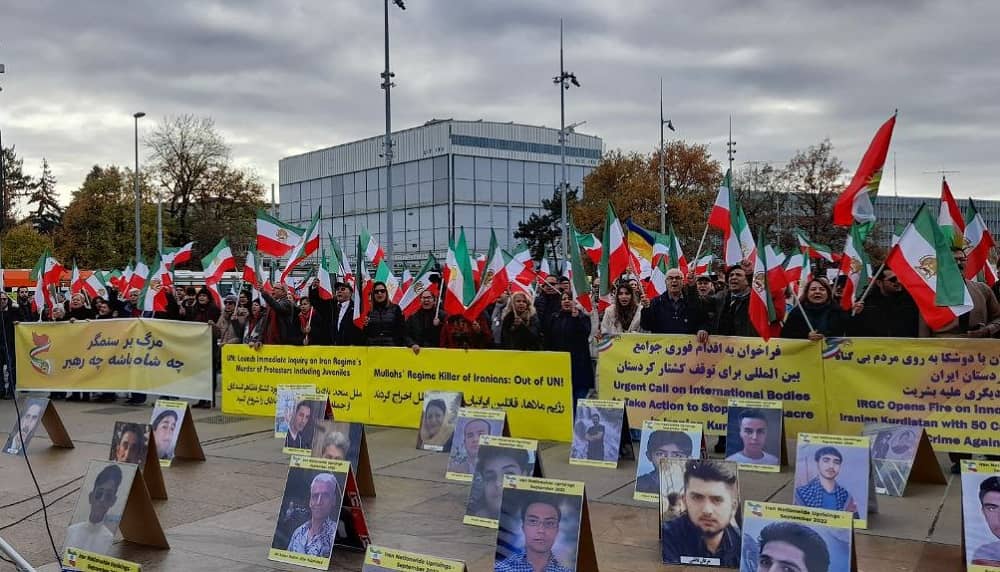 Iran Uprising at a Glance – Day 71

Friday saw a surge of demonstrations in Sistan and Baluchistan province with huge crowds in the streets particularly in Zahedan, chanting “Death to Khamenei”. Other cities in the province such as Khash, Chahbahar, and Iranshahr held also protests. Security forces opened fire on unarmed and defenseless protesters with an unknown number of dead and injured.

The leader of Baluchistan’s majority Sunni population dismissed the regime’s latest overtures to garner the support of the spent reformists to help contain ongoing unrest, saying the opportunity for reforms is lost. Molavi Abdolhamid said in his Friday prayers sermons that the so-called “reformists” severely disappointed the people repeatedly, acknowledging that the Iranian public has moved past this bankrupt faction of the regime. “The time was wasted, and we have lost the opportunity for reforms,” said Molavi Abdolhamid.

November 25 – Zahedan, southeast #Iran
Brave locals stood their ground in the face of the regime's armed forces on this 71st day of the nationwide uprising.#IranRevolution #زاهدان pic.twitter.com/ojkeeS9CAc

“The reformists did not manage to do anything, and the biggest complaint directed at them is why they did not enact any reforms,” he said ironically.  Questioning the sincerity of the claim by the so-called reformist faction within the regime, Abdolhamid said that if reformists were stopped from pursuing reforms, “why didn’t they say who stopped them? Why did they remain silent? Those who came in the name of reformism and did not do anything, should have had the courage to say who didn’t allow them,” he said.

The pointed attack on the regime’s vanquished faction comes at a time the regime is once again trying to use the apologists (so-called “reformists”) to buy time to find a way out of the current impasse that is leading them to the abyss of regime downfall. It is indicative of the balance of power in Iran as Molavi Abdolhamid senses that the time that any politicking could save the regime has passed and the only recourse for anyone with political ambition in Iran is to side with the uprising for the downfall of the Khamenei regime.

Last night in Tehran, people converged in the streets of various neighborhoods, including Vali-e Asr, City Theater, Tehranpars, Moshiriyeh, Tajrish, Narmak, Coca-Cola, Piroozi St., Shemiran Nou, Sattarkhan, Punak, Ekbatan, Chitgar, etc. Protesters chanted, “Death to Khamenei,” “Death to the Dictator,” “Death to the entirety of the regime,” “Poverty, corruption, and high cost of living; We shall carry on until the overthrow of the regime,” “This year is the year of sacrifice; Seyyed Ali (Khamenei) will be overthrown” and “From Kurdistan to Tehran, I sacrifice my life for Iran.”

November 25 – Tehran, #Iran
Locals in the Naziabad district are continuing the nationwide protests against the regime on the 71st day of the uprising.
They're chanting: "Death to the dictator!" & "Freedom!"#IranRevolution#مرگ_بر_ستمگر_چه_شاه_باشه_چه_رهبرpic.twitter.com/6zdpi97ntS

The protesters in Chitgar district of Tehran chanted, “Our money is spent in Lebanon; our youth languish in jails.” Paramilitary Basij forces and plainclothes agents vandalized people’s cars and began shooting indiscriminately at houses in various areas of Tehran in another act of state violence on the population.

People in Moshiriyeh, in Tehran, put up stiff resistance against the suppressive forces, and clashes broke out. In Kashani and Hakim Highway, large state-installed banners were torched. Sepah Sq. (an icon of the IRGC) in Pakdasht of Tehran was set on fire.

Residents in Yazd, Kermanshah, Hamedan, Ahvaz, Isfahan, Urmia, Zahedan, Fardis, Golshahr, and Mehrshahr districts of Karaj and several other places staged nightly protests chanting, “Death to the Dictator” and “Death to the Supreme Leader after many long years of crimes.”

The people of Semirom paid their respect on the 7th day of Moslem Hushangi’s martyrdom; in Dehgolan, the memorial ceremony of Mohsen Niazi turned into an anti-government rally. A large crowd in Mahidasht of Kermanshah paid their homage to Farhad Khosravi on the 7th day of his death.

As the murderous regime of Khamenei continues to crack down on protesters to save its corrupt rule, every martyr who falls for freedom becomes a new inspiration for the restive society and touches thousands of hearts that are attracted to the revolution.

In the earliest hours of Friday morning, after an hours-long dispute and conflict, the brave people of Mahabad managed to get access to the body of Shamal Khadiripour and made way to bury him. As the regime strongly fears funerals and memorials, his family was only allowed to bury his body before dawn.

Shamal Khadiripour, 32 years old and the son of Hossein from Mahabad, was severely wounded by security forces on Thursday, November 24. He later passed away in a hospital in Urmia.

Despite the observation of security forces, Shamal’s family and all the brave people who attended the burial ceremony started shouting defiant slogans like “Martyrs don’t die” and “Don’t cry, mother. We’ll avenge your son!”

Instead of shedding tears, the attendants also started applauding to honor a great person who has fallen for freedom.

On November 24, at the memorial ceremony of Fuad Mohammadi, one of the martyrs of the national uprising in Kamiyaran, Kurdistan province, hundreds of people gathered and started shouting slogans of regime change. Condemning the brutal murder of Fuad who was killed by the regime’s security forces, they chanted “death to Khamenei!”

Marking the seventh day after the murder of Hamidreza Rouhi, the people of Tehran organized a ceremony at the Beheshte Zahra cemetery on Thursday, November 24. The attendants who had gathered to honor Hamidreza Rouhi, chanted “death to the child-killing rule!”

In order to prevent mass crowds to attend his burial, the regime initially tried to steal Hamidreza’s body and claim that he has been a Basij member. But as his family and friends fiercely and rapidly exposed these smear tactics, the regime was forced to stop the retreat and announced via state news agencies that Hamidreza Rouhi was killed by the protesters themselves.

Meeting of the Parliamentary British Committee for Iran Freedom, “No to Misogynist Regime, Yes to Democratic Republic” 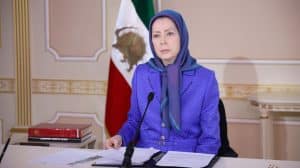 It is a pleasure to talk with you, and thank you for your kind introduction.
We are holding this conversation while the great nationwide uprising of the Iranian people to overthrow religious fascism has reached Day 70. Today, the UN Human Rights Council is holding its special session on Iran’s worsening human rights situation.

Formation of a fact-finding mission regarding the brutal crackdown on the protests and holding to account those responsible for these crimes are necessary. The Iranian uprising in these two months has made clear its features, goal, and the model it seeks for the country’s future after the mullahs’ overthrow.

Welcoming the Formation of the Fact-finding Commission, Mrs. Rajavi Calls for Inspection of Known and Secret Regime Prisons 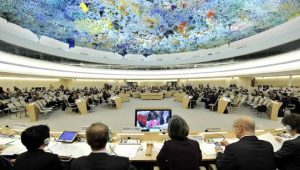 Mrs. Maryam Rajavi, the President-elect of the National Council of Resistance of Iran (NCRI), welcomed the formation of an international fact-finding commission to investigate the crimes of the mullahs’ regime. It is necessary to inspect the known and secret prisons of the religious fascism ruling Iran, especially the prisons of the Ministry of Intelligence and the State Security Force, she added. The Iranian Resistance has underscored this imperative for the past four decades, but the policy of appeasement towards the clerical regime has prevented it from taking place. Mrs. Rajavi reiterated that the fact-finding commission should also consider the massacre of political prisoners. 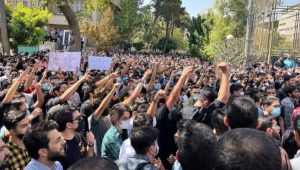 Iran’s nationwide uprising is marking its 70th day on Thursday following a day of continuous protests in many cities despite heavy crackdown measures by authorities who have dispatched a large number of forces into the streets, especially in restive cities.

Protests in Iran have to this day, expanded to at least 252 cities. Over 660 people have been killed, and more than 30,000 are arrested by the regime’s forces, according to sources of the Iranian opposition People’s Mojahedin Organization of Iran (PMOI/MEK). The names of 516 killed protesters have been published by the PMOI/MEK.

For Decades, Iranian Women and Girls Have Been Held Back by Pervasive Discrimination 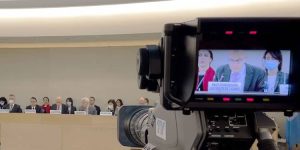 In his remarks on “The deteriorating human rights situation in the Islamic Republic of Iran,” he pointed out that there is “a full-fledged human rights crisis” in Iran. Regarding women in Iran, he said, “For decades, women and girls have been held back by pervasive discrimination in law and practice. And, in the absence of any effective channels to raise their concerns, fears and frustration have multiplied.”

Vancouver, Canada—November 23, 2022: Freedom-loving Iranians and supporters of the People’s Mojahedin Organization of Iran (PMOI/MEK) held a rally in solidarity with the Iranian people’s uprising.

Toronto, Canada—November 23, 2022: MEK Supporters Held a Rally to in Support of the Iran Protests.

Toronto, Canada—November 23, 2022: Freedom-loving Iranians and supporters of the People’s Mojahedin Organization of Iran (PMOI/MEK) held a rally in solidarity with the Iranian people’s uprising.