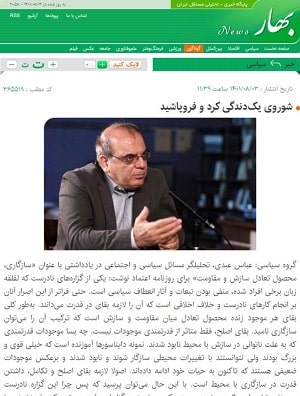 As the uprising continues to surge across Iran and state officials’ lies that “riots have settled down” becomes more irrelevant, more and more of the regime’s insiders speak out against the Supreme Leader and lay bare the vulnerability that Khamenei wanted to hide all along.

Questioning the Supreme Leader’s strategy, former intelligence official Abbas Abdi told the state-run Baharnews on October 25: “Principally, having the power to adapt to the circumstances is necessary for survival and evolution. However, one can ask, why is this false proposition still prevalent? Especially in the case of governments, some statements suggest that retreating or making a compromise is equivalent to destruction. So, insisting on traditional positions is considered equivalent to success and victory?”

Comparing the regime to other overthrown regimes in history, Abbas Abdi warns that if the regime continues the same path downward, the regime will face the same fate.

Iran Uprising at a Glance – Day 41

Today proved to be a fierce day of resistance all over Iran. Just until 5 pm local time in Tehran, at least 58 university campuses, 30 different districts across the capital, and 19 other major cities were revolting against the regime and its oppressive rule, with demonstrators targeting Ali Khamenei and the foundations of the religious dictatorship in stark language.

As the nationwide uprising in Iran rages on, the 40th day of Mahsa Amini’s death in custody started before Wednesday noon with a huge gathering at her grave in Saqqez. The 40th day has special significance in Iran, and in Mahsa Amini’s case, it carries strong political overtones as the occasion turned into a huge and iconic public mourning.

Huge crowds, estimated by some to be over tens of thousands of mourners and protesters, crowded the path toward Aichi cemetery despite the authorities blocking all roads and routes to prevent such a gathering.

Today, one can hear the cries of “Death to Khamenei” throughout Iran; from Aichi cemetery in #Saqqez where #MahsaAmini is buried to various districts across Tehran, Mashhad, Isfahan & Kerman.#IranRevolution pic.twitter.com/HSaeZrIeGv

The massive crowd of Iranians at Aichi cemetery chanted:

“Death to the dictator”
“We are all Mahsa, fight and we will fight back”
“Death to Khamenei”
“This year is a year of sacrifice. Seyyed Ali (Khamenei) will be overthrown”
“Freedom, Freedom, Freedom”
“From Kurdistan to Tehran, I sacrifice my life for Iran”
“Imprisoned teachers must be freed”

The protests continued throughout the day in the city of Saqqez, Kurdistan province.

It has now become evident that the authorities and security forces are unable to control the uprising and the people’s rage against the regime of Ali Khamenei, despite the extreme suppressive measures they have undertaken. Tehran today rose in a stark challenge to the regime’s authority over the capital as most streets have become frontlines between protesters and barricades that are supposed to fend off security forces.

People gathered on Hashemi Street in Tehran to demonstrate. Protests erupted in Qolhak Metro station when the waiting crowd became the protest at once. Saltanat Abad, north of Tehran, Saadat Abad, Sadeghieh, Yusefabad, and Geisha districts, Sohrevardi Street, with protesters setting garbage bins on fire and chanting “death to Khamenei.”

In several cities, protesters were chanting “With or without hijab, onwards toward revolution” as well as “Beware of the day we pick up arms.”

In Tehran’s Hemmat Expressway, defiant youth hung an effigy of Khamenei from an overpass. Tehran stock exchange shut down in solidarity with the protesters.

GENEVA (26 October 2022) — UN human rights experts* condemned the killings and the crackdown by security forces in Iran on protesters following the death of Jina Mahsa Amini, including alleged arbitrary arrests and detentions, gender-based and sexual violence, excessive use of force, torture, and enforced disappearances. They urged that the reports are thoroughly and independently investigated and those responsible held to account.

WASHINGTON, Oct 26 (Reuters) – The United States on Wednesday imposed new sanctions on Iran, targeting Iranian officials and entities over internet censorship and a crackdown on protesters following the death of a young woman in the custody of the morality police.

Demonstrations ignited by 22-year-old Mahsa Amini’s death in custody on Sept. 16 have become one of the boldest challenges to Iran’s clerical leadership since the 1979 revolution.

Today, October 26, the remains of the Abadan Metropol Complex, the 10-storey commercial building that initially crumpled on May 23 and killed dozens of innocent people, collapsed for the third time. Local sources tell that several citizens of Abadan were injured during the third collapse of this tower. At the time of this writing, there is no authentic information available about the number of possible casualties and damages.

Acknowledging the incident, state media has refused to provide information on the casualties so far.

Meeting With the French Parliamentary Committee for a Democratic Iran 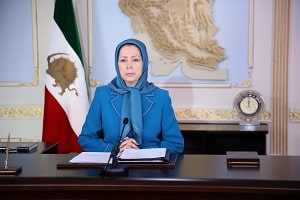 Today, the Iran uprising has entered its 40th day. During this period, the selfless spirit of Iranian youths and teenagers has repeatedly impressed the world and brought the regime closer to its overthrow.

Among the most important characters of this movement is women’s leadership at the forefront of the battle against the ogre of fundamentalism and terrorism. It is a sign of the progressive nature of the Iran uprising. A courageous generation leads Iran from darkness to light, from tyranny to freedom.
On the other hand, Khamenei is committing one heinous crime after another: killing children, shooting high school students, burning prisoners in their cells, massacring Baluchis, and killing Kurds. Nevertheless, the people’s uprising continues. 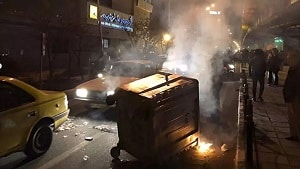 Tuesday marks the 40th day of Iran’s nationwide relentless uprising as people from all walks of life and throughout the country continue to voice their demand for regime change.

Protests in Iran have to this day expanded to at least 198 cities. Over 400 people have been killed and more than 20,000 are arrested by the regime’s forces, according to sources of the Iranian opposition People’s Mojahedin Organization of Iran (PMOI/MEK).  The names of 260 killed protesters have been published by the PMOI/MEK. 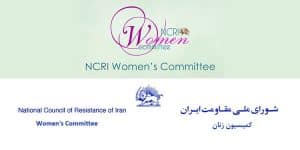 The Women’s Committee of the National Council of Resistance of Iran (NCRI) strongly condemns the assault, insult, and crackdown on the students at Sadr girls’ high school in Salsabil, Tehran, on October 24 and calls for the intervention of human rights organizations and children’s rights defenders, especially the United Nations International Children’s Emergency Fund (UNICEF) to stop the suppression of teenagers and students by the mullahs’ regime, the only executioner of children in Iran. 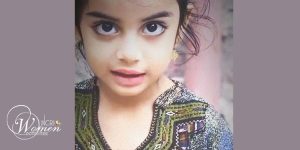 Agents of the Ministry of Intelligence opened fire on a moving vehicle in Saravan, killing a little Baluch girl and wounding another, on Sunday, October 23, 2022.

The two little Baluch girls were traveling in a Peugeot 405 and on their way to school when security forces opened fire on the car, hitting the 8-year-old Mona Naghib in the head. (Haalvash.org – October 23, 2022) The nationwide protests that erupted with the arbitrary killing of Mahsa Amini by Iran’s Mandatory Police, have been met with a bloody crackdown by the state security forces. The state forces have widely taken up the use of batons, tear gas, sprinklers, and shotguns at people’s demonstrations. Freely putting to work even combat bullets in some cities that are directly fired at civilians. The violence enforced on demonstrators is extremely high, a large number of protesters were killed by batons blown to their heads.

London—October 23, 2022: Iranian Resistance Supporters Continue to Rally in Trafalgar Square in Support of the Iran Protests

London—Oct 23, 2022: Iranian Resistance Supporters Continue to Rally in Support of the Iran Protests

London, October 23, 2022: Freedom-loving Iranians and supporters of the People’s Mojahedin Organization of Iran (PMOI/MEK) and some UK citizens continue to rally in Trafalgar Square in solidarity with the Iranian people’s uprising.

Stockholm—October 23, 2022: Iranian Resistance Supporters Continue to Rally in Support of the Iran Protests

Stockholm—October 23, 2022: MEK Supporters Continue to Rally in Support of the Iran Protests.

Stockholm, October 21, 2022: Freedom-loving Iranians and supporters of the People’s Mojahedin Organization of Iran (PMOI/MEK) continue to rally in solidarity with the Iranian people’s uprising and political prisoners.

Berlin—October 24, 2022: Iranian Resistance Supporters Continue to Rally in Front of the Bundestag in Support of the Iran Protests

Berlin—Oct 24, 2022: MEK Supporters Continue to Rally in Support of the Iran Protests. Part 1

Berlin, October 24, 2022: Freedom-loving Iranians and supporters of the People’s Mojahedin Organization of Iran (PMOI/MEK) continue to rally in front of the Bundestag in solidarity with the Iranian people’s uprising and political prisoners.