Today, September 10, a group of women’s rights activists from Sanandaj, Kurdistan province, gathered in front of the Mariwan courthouse to protest and read out a statement of condemnation of the death of the latest victim of the Iranian regime’s systemic misogyny, Shalir Rasouli.

Trying to escape a rape attempt, Mrs. Rasouli, a mother of two, jumped out of the window and died later in hospital. The aggressor is said to have been a notorious felon who got out of jail because of having ties with local authorities. 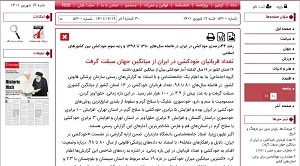 In a shocking report on Saturday, September 9, the state-run Etemad newspaper wrote: “Iran ranks third among Islamic countries and ranks fifty-eighth in the world. 125 out of every 100,000 people commit suicide, of which 6 accounts turn out in the death of the individual. Also, 13 people commit suicide every day, and since 2020, the number has increased to 15 people. The average suicide rate in our country is 6, while the global average is 5.2. According to forensic statistics, young people are the main victims of suicide, and most suicides occur between the age of 15 and 35. Also, 54% of suicides lead to death among young people under the age of 30. According to the statistics of the Ministry of Health in 2020, 100,000 people committed suicide in Iran, and this rate is also increasing. After young people, married men or fathers are the most affected group of victims. Almost half of the suicide accounts happen among married people. In 2020, about 65% of men and 35% of women were suicide victims, while in 2019, the number of male suicide victims was 70%.” 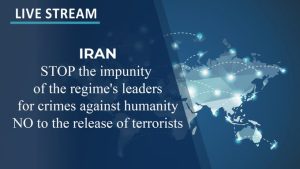 Today, September 10, the National Council of Resistance of Iran will hold a press conference in Paris, France, introducing a new book about the crimes against humanity committed by the Iranian regime’s President Ebrahim Raisi.

Raisi is supposed to travel to New York and attend the United Nations General Assembly and lecture the world about the state of “religious democracy”, legitimizing his regime’s gross human rights violations, regional warfare, and the spread of terrorism around the globe.

IRAN
STOP the impunity of the regime's leaders for crimes against humanity
NO to the release of terrorists
Saturday, September 10, 2022, at 3:00 PM CEST#DontFreeTerrorists #ProsecuteRaisiNOW #Iranhttps://t.co/or8NnjDY5J 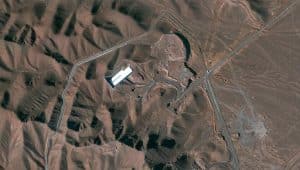 The “possible military dimension” (PMD) of the Iranian regime’s already highly controversial nuclear weapons program remains outstanding and a source of ongoing troubles for the mullahs in Tehran.

Raphael Grossi, Director General of the International Atomic Energy Agency (IAEA), in his latest quarterly report to the body’s Board of Governors, emphasizes that the Agency cannot guarantee the peaceful nature of the Iranian regime’s nuclear program due to the mullahs’ actions that have resulted in “detrimental implications.” This has become a major obstacle before any agreement between world powers and Tehran.

Sepideh Rashno Released on Bail After 1.5 Months Under Torture Sepideh Rashno is a 28-year-old artist, writer, and editor. She was temporarily released on a bail of 800 million Tomans on August 30, 2022, after 1.5 months of detention. Her brother tweeted the news of her release.

Double Pressure on Iranian Women Under the Pretext of Population Growth. Why? When the lack of employment and inflation has taken away even bread from the Iranian people’s food basket, Ali Khamenei, the clerical regime’s Supreme Leader, has called yet again for population growth.

Khamenei emphasized in a message to the National Staff of Population, headed by Ebrahim Raisi, the need to stifle policies on women’s rights to increase the population rate. Khamenei thanked the lobbies in Parliament and across government working towards this goal. He declared the “generation growth and rejuvenating the human force” as “a vital policy and a crucial task.” The mullahs’ supreme leader went on to call the social harms caused by a population boost “bogus.” (Khamenei’s Official website of farsi.khamenei.ir – May 18, 2022) 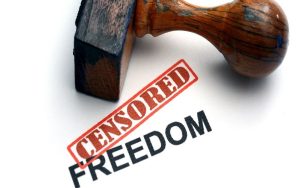 In parallel to its increasing repression, the Iranian regime is secretly expanding its war against the people in many fields. On September 1, the state-run news agency Tasnim wrote that the regime’s Ministry of Oil has reduced the gasoline quota by 30 thousand rials from 250 liters per month to 150 liters per car.

At the same time, other media outlets are discussing the regime’s decision-making process to approve the so-called ‘protection plan of Internet users’.

Four Fingers of Prisoner Cut Off in Iran’s Evin Prison In the past few days, the verdict for amputating the four fingers of a prisoner convicted of “theft” was carried out in Tehran’s Evin prison.

The victim who lost his four fingers was Morteza Jalili. The amputation was carried out using a guillotine machine.

An informed source confirmed the news. The source said Morteza Jalili and Yaqoub Fazli Koushki were relocated from the Greater Tehran Penitentiary to the Gorhardasht Prison (Rajaishahr) so their amputation verdict could be implemented.

September 2022: Iranians in London Celebrated the Anniversary of the Foundation of the PMOI/MEK

September 2022: Freedom-loving Iranians and supporters of the People’s Mojahedin Organization of Iran (PMOI/MEK) held a gathering in London. Iranian Resistance (NCRI and MEK) supporters celebrated the beginning of the 58th year of the (PMOI/MEK.