US Sanctioned MOIS and Its Chief for Committing Cybercrime

OFAC’s statement reads: “The MOIS, under the leadership of Esmail Khatib, directs several networks of cyber threat actors involved in cyber espionage and ransomware attacks in support of Iran’s political goals. In addition to conducting malicious cyber activity that affected Albanian government websites, MOIS cyber actors were also responsible for the leaking of documents purported to be from the Albanian government and personal information associated with Albanian residents.” 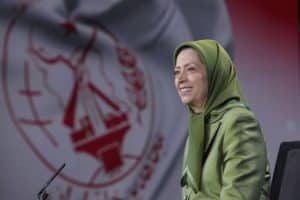 I salute the founders of the PMOI, martyrs Mohammad Hanifnejad, Saeed Mohsen, and Asghar Badizadegan. They were brilliant stars whose legacy continues to inspire the Iranian nation. Their unshakeable will and faith, the sincerity of their words and actions, and the nobility of their ideals have sown the seeds of justice and equality in a nation thirsty and impatient for freedom. For young men or women fed up with the status quo, the moment of awakening, awareness, and shouldering responsibility emanates from the moment they started.

Zahra Merrikhi: The MEK’s Vision To Fulfill the Dreams of the Iranian Nation 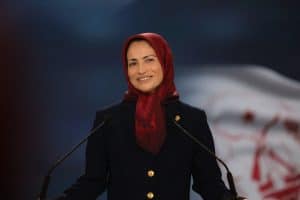 Marking the beginning of the 58th year of the founding of the People’s Mojahedin Organization of Iran (PMOI/MEK), we pay homage to the pioneers of the true revolution of the Iranian people, our great founders, Mohammad Hanifnejad, Saeid Mohsen, and Ali Asghar Badizadegan, and we hail the standard bearer of their glorious path,  Massoud Rajavi.

On behalf of the MEK and their supporters inside Iran and abroad, we renew our pledge to continue this struggle until victory. The Tehran Court of Appeals upheld a 5-year sentence for Azar Karvandi Musazadeh.

Azar Karvandi Musazadeh had been charged with “collusion and assembly against national security” through collaboration with the opposition People’s Mojahedin Organization of Iran (PMOI/MEK).

Iran’s Regime Under the Magnifier of Human Rights Organizations The Iranian regime’s current president Ebrahim Raisi was handpicked by supreme leader Ali Khamenei to help curb the regime’s main problem, the increasing protests of the people, which reached a turning point in 2019 and threatened the regime’s existence.

The regime has since intensified its repression, especially against women, and the figures of daily executions have become a sign of the regime’s fear of being overthrown. This is what Khamenei has promised to the regime’s desperate officials after he compared the regime’s ‘God of the 80s’ with the regime’s God at the present time.

Bloody Crackdowns on Iranians Under Monarchic and Religious Dictatorships Friday, September 8, 1978, marks the day the Shah committed an unprecedented crime against thousands of protesters in Tehran, which paved the path for further anti-regime protests that forever ended his dynasty in Iran.

“It was the bloodiest day during the anti-monarchic revolution,” an eyewitness said. “Friday morning, around 7:30 am, many people fed up with the Shah’s tyranny had filled the Jaleh Sq. Shah’s security forces warned people about the martial law, trying to disperse them.” 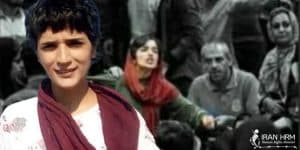 Leila Hosseinzadeh, a student activist and former political prisoner, was violently arrested again by the security forces in Tehran and taken to an unknown place.

September 2022: Iranian Resistance Units, a network of activists affiliated with the People’s Mojahedin Organization of Iran (PMOI/MEK), continued their anti-regime activities in different cities of Iran.