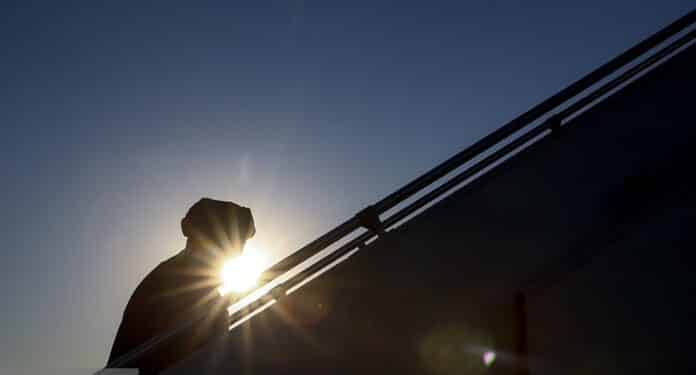 Iran’s regime President Ebrahim Raisi has signaled his intention to attend the United Nations General Assembly in September. For him to do so, the United States would have to provide him with a visa for travel to New York. Granting him a visa would be unfortunate, given that Raisi would arguably be the worst human rights abuser, and the head of the world’s leading state sponsor of terrorism to address the international body.

As former Attorney General Michael Mukasey pointed out on August 25, “it was in October 2021 – two months after Raisi took office – that the Iranian government solicited people to murder former National Security Advisor John Bolton and former Secretary of State Mike Pompeo.” He went on to emphasize that the prospective murders were to take place on US soil and that they almost certainly had prior approval from Raisi himself, as chairman of the Supreme National Security Council, “one of two bodies involved with authorizing foreign terrorist operations, the other being the special affairs office of the supreme leader Ali Khamenei.”

Mukasey offered these observations as something for the US State Department to consider when thinking about how to deal with Raisi in the future, especially in light of a civil suit that he and fellow attorney Steven M. Schneebaum had filed in federal court on behalf of several Iranian expatriates who had been directly or indirectly impacted by crimes perpetrated by Raisi himself and by the Iranian regime as a whole.

1. US Atty. Gen. Michael Mukasey: “Raisi has been sued as an individual but the acts he committed were in his official capacity as someone exercising powers given him by the government of #Iran.”#ProsecuteRaisiNow#NoVisa4Raisihttps://t.co/pMvtpnLqpX

The lawsuit specifically aims to hold Raisi accountable for the massacre of political prisoners that took place all across Iran in the summer of 1988. As one of four officials to serve on the Tehran “death commission” at the time, Raisi played a leading role in that massacre, which is believed to have claimed about 30,000 lives in total. The overwhelming majority of those victims were members and supporters of the People’s Mojahedin Organization of Iran PMOI/MEK), the country’s leading pro-democracy opposition group, which then-Supreme Leader Ruhollah Khomeini deemed guilty of “enmity against God” in a fatwa that year.

Raisi’s enthusiastic implementation of that fatwa was observed by many direct witnesses to the massacre. Dozens of them detailed the activities of the Tehran death commission earlier this year while providing testimony in the trial of Hamid Noury. That former Iranian prison official was detained by Swedish authorities in 2019 and indicted on the basis of “universal jurisdiction” over serious violations of international law. In July he was sentenced to life imprisonment for war crimes and mass murder, in connection with the hangings he carried out in Gohardasht Prison, one of the two facilities subject to Raisi’s authority in 1988.

The Noury trial was the first of its kind. No one else has faced meaningful consequences either in Iran or anywhere else in the world for their role in the massacre, which some legal scholars have called an instance of genocide. In fact, many Iranian officials have been systematically rewarded for their participation. And Raisi is perhaps the single clearest example of this phenomenon.

Before ascending to the presidency, he was appointed as head of the Astan-e Quds Razavi religious foundation, then as head of Iran’s judiciary. In these roles, he was able to oversee the promotion of Islamic extremism and the dispersal of funds for terrorist activity, before once again cracking down on domestic dissent which challenges these very things. In late 2019 and early 2020, Raisi’s judiciary carried out a campaign of torture against pro-democracy activists who had taken part in a nationwide uprising, after security forces and the Islamic Revolutionary Guard Corps had already killed 1,500 protesters in November 2019 alone.

Raisi’s role in that crackdown only served to reinforce the label he had acquired from his participation in the 1988 massacre – the “butcher of Tehran”. In the run-up to his “election”, Raisi was roundly condemned in these terms, leading to mass boycotts of the tightly controlled process that led to his installation as president. In the ensuing year, various Western politicians have pointed to those boycotts while arguing that Raisi lacks legitimacy and should not be treated as a genuine head of state.

In fact, as Mukasey noted in the press conference, that term would not technically apply to Raisi in any case, since ultimate authority under the clerical system is vested in the supreme leader, not the president. This fact makes Raisi’s prospective attendance at the UN General Assembly essentially meaningless, and thus raises further questions about what value the US government or the UN’s leadership might see in hosting him despite his highly credible implication in crimes against humanity, as well as terrorist plots targeting Western nationals.

Raisi’s subordination to the regime’s Supreme Leader Khamenei was also highlighted by Mukasey in order to preemptively debunk any claim of immunity that the former might assert when presented with the lawsuit by his victims. The possibility of that suit going to trial reflects the further possibility of Raisi being arrested in the same fashion as Noury was arrested if US authorities see fit to demonstrate the same courage and moral conviction as Swedish authorities did in 2019.

But that is the only scenario in which there can be any justification for allowing Raisi’s presence in America or even within the European Union. If no Western nation intends to arrest the Iranian regime’s president for crimes against humanity, then every nation must publicly rebuff him at every turn.