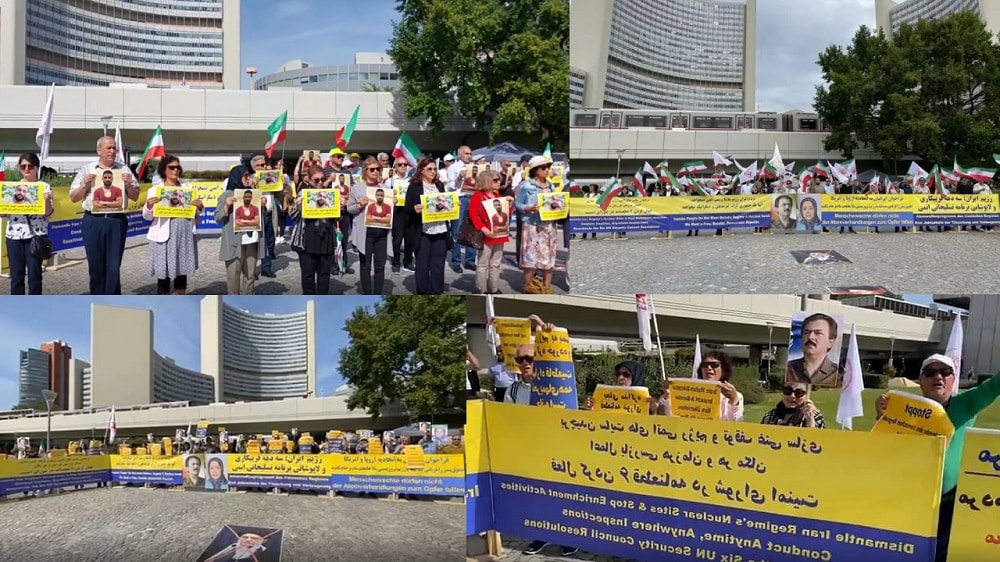 On September 14, remnants of the 10-story Metropol commercial building that once collapsed in late May tumbled and several people have been reported to be trapped under the rubble. So far, there has been no official report about possible financial and life losses but the state-run Javan news agency speculated that one worker might have become the victim of the incident.

The head of the regime’s Red Crescent Society in Khuzestan province said that “one or more workers are probably trapped under the rubble”.

According to state media, the Khatam-ol-Anbiya Headquarters, the IRGC’s Corps of Engineers which has a monopoly over most of the country’s construction industry was in charge of the project. The remnants of the complex was said to be fully equipped for the complete destruction of the structure. The cause of the collapse has not yet been announced.

Local news agencies have reported that the collapse of the building has created a large pile of dust across Abadan. Amiri street is one of the main commercial streets of the city and this incident happened during rush hour. The head of the regime’s Nursing Organization announced that 10,000 nurses who were working in hospitals during the Covid-19 pandemic have now been sent home and are out of jobs.

“This number of nurses are unemployed, young, and married. If there is no job for the nurses, the number will increase to 17 thousand people,” Mohammad Mirzabeygi said in a press conference on Monday.

Admitting to a shortage of 100,000 nurses in Iran’s hospitals and medical centers, Mirzabeygi added: “The recruitment of 17,000 nurses is not a significant number. The shortage of nursing staff must be managed to solve this fundamental problem forever.”

Nursing in Iran is among the most neglected professional criteria. Despite risking their personal health, there are thousands of nurses across the country whom the state has refused to provide a solid contracting system. As most of the nurses have to work on temporary contracts, they suffer from job security. 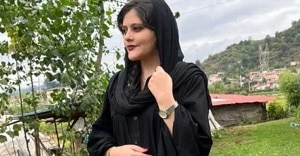 A 22-year-old girl has gone into a coma due to severe brain damage after being assaulted by the “morality police” forces in Tehran’s Vizara Detention Center.

According to reports, the young girl, identified as Mahsa Amini, from the northwestern Kurdistan province, was visiting her relatives in Tehran. She was arrested on Tuesday evening near “Shahid Haqqani” metro station by the morality police patrol agents.

Mahsa has allegedly been beaten in the car and when they arrived at the detention center, her general condition has been reported poor, but she was still conscious.

Following the eventual and delayed arrival of the ambulance at the detention center to take the young girl to the hospital, she has reportedly fallen into a coma.

In the last few months, following the Iranian regime’s increased activities of the so-called moral police and tightening of strict regulations regarding mandatory hijab, extensive reports and images of women being assaulted by security forces have been published on the internet. 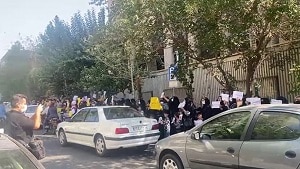 Many relatives of death row inmates in Iran continued their protests for a sixth consecutive day outside the regime’s judiciary in Tehran demanding authorities halt all executions. Mothers, fathers, wives, and children of inmates sentenced to death held placards and chanted “Don’t execute!” and “No to executions!” protesting the regime’s recent wave of executions launched across the country.

Authorities have constantly dispatched security forces to attack and disperse the protesting family members. The protesting relatives, however, have continued their rallies and chanted numerous slogans against the regime. 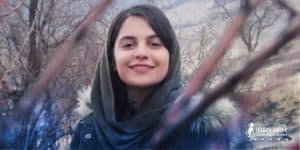 Forough Taghipour requires urgent examination by a specialist surgeon and possibly surgery as she suffers from GI problems and hemorrhoids. The Evin prison authorities have prevented the transfer of Forough Taghipour to the hospital as she refused to have her hands and feet tied up. They have left her suffering in this critical condition.

Evin Prison authorities had once before held back the transfer of Forough Taghipour to a hospital on August 30, 2022. Ms. Taghipour had poor physical and GI conditions but disagreed with being handcuffed and shackled. 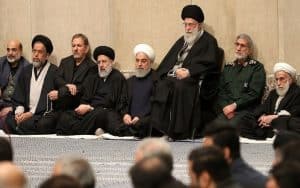 Since Ebrahim Raisi became the Iranian regime’s president last year, human rights violations and acts of repression have grown, along with the increase of executions in Iran.

According to human rights organizations, more than 5000 people have been sentenced to death across Iran. State-run media have reported that the regime has recently executed 22 people over a two-day period, September 6 and 7. Twelve prisoners were executed on September 6, and another 10 prisoners were hanged on September 7 in Minab, Bandar Abbas, and Gohardasht prisons.

Vienna: Iranian Resistance Supporters, Demonstrated Against Iran’s Regime, Calling for an End to the Appeasement Policy With the Mullahs

September 13, 2022 – Vienna: For the second day, at the same time as the Board of Governors of the IAEA meeting, freedom-loving Iranians, supporters of the People’s Mojahedin Organization of Iran (PMOI/MEK) held a protest rally.

Previous article
Navid Afkari Was Hanged in 2018. His Killer Is About To Speak at UNGA
Next article
Nobel Laureates Urge US To Deny Visa for Iran’s Raisi