IRGC Killed Teenager Who Tried to Catch Food for Survival

A 15-year-old teenager was killed by IRGC forces on the Sanandaj-Marivan road on Saturday afternoon. The incident happened after a heavy truck carrying chicken meat overturned and some people were collecting the freight on the spot. As such, IRGC Forces fired at “Aras Ghaderi” and the boy was severely wounded by a bullet to the chest and lost his life after a short time. The body of this teenager was transferred to the forensic doctor of Marivan city and has not been handed over to his family yet. 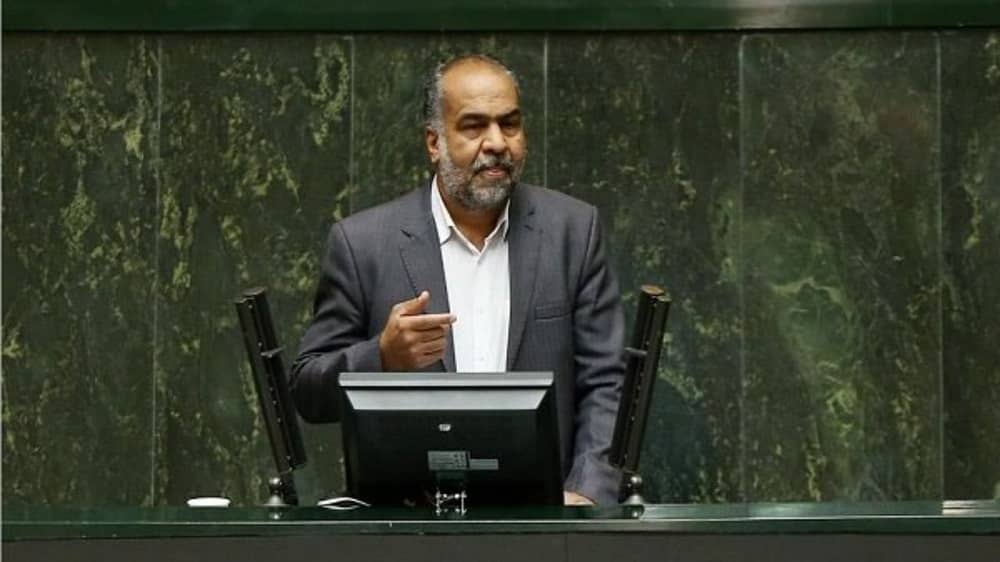 Increasing economic hardship and mounting pressure on ordinary people has led to serious concerns inside the Iranian regime’s echelons of power. Some voices in the parliament are starting to blame the government for the problems.

Mohammad Reza Sabbaghian Bafghi, a member of the Iranian regime’s parliament said today: “Do something about these skyrocketing prices. People are having a hard time. Meat, fruit, car, and owning a house have become virtual demands. Today, people are struggling to buy cheese and eggs. They don’t want red meat anymore, they can’t even buy chicken.”

Referring to Ebrahim Raisi’s empty claims, he said: “When are you going to solve these problems? The people are under pressure. Some people today stick their heads in the trash can for food, while others spend 700 million on flowers for their wedding. This is the stage of the inequality gap. If you cannot reduce prices, if you cannot increase pensions, if you are not able to increase teachers’ salaries, if you cannot increase the salaries of the oppressed staff of some ministries, at least keep your own word about justice and reduce these astronomical salaries. This shouldn’t be that hard.”

Today, a group of urban designers and supervisors in Tehran gathered in front of the office of the Ministry of Roads and Urban Development to protest against the new regulations. Design and supervising firms believe the ministry’s new laws will seriously damage their industry.

A group of scammed clients of the Caspian Institute staged a protest rally in front of the Central Bank in Tehran on Sunday, to protest the official’s refusal to process their complaints.

Also on Sunday, scammed clients of the Caspian Institute from Mashhad staged a rally against the Judiciary’s failure to hold court hearings, five years after their official complaints have been filed.

A group of retired workers of the Haft Tappeh Sugarcane Company gathered in front of the Labor Office building in Shush to demand the amendment of their pensions.

Today, a group of scammed users of Cryptoland Exchange gathered in front of the Judiciary building to protest the officials’ refusal to address their complaints.

Today, a group of retired personnel of the Isfahan Steel factory staged a protest rally to claim their rights. A similar rally was held by the retired steelworkers in Khuzestan province.

On Sunday, a group of nurses working for the Social Security Organization gathered in front of the regime’s parliament to protest the authorities’ neglect of their demands.

We Won’t Forget Nor Forgive, Mother of Slain Protester Vows

The mother of Amir Hossein Zarezadeh, one of the martyrs of the 2019 uprising in Iran, posted a video message on the eve of the anniversary of her son’s martyrdom. She said:

“I’m the mother of Amir Hossein, whose name will be eternally remembered. Two years have passed since those dark days. On November 16th, my son was killed by two shots. My son spent 42 days in the hospital. My child could barely breathe. My son lost his arm. His lungs were pierced by bullets. His spinal cord was broken. My child suffered a lot. My child asked me for a glass of water. It’s hard for a mother to fail to give her child a glass of water. What was the guilt of these young people? Why did they deserve 2 to 5 bullets? These youth just perished away. They [these officials] must answer to us, the families of the martyrs of the November 2019 uprising. I want justice. I am just looking for my son’s killer. I am not afraid of anything! No matter if they call us, no matter if they come to take us away, even if they kill me… I just want justice and I won’t be afraid. I am looking for my son’s killer. We neither forgive nor forget.”

Destructive State Policies Has Made Iran Dependent on Wheat Import

The head of the regime’s Federation of Iranian Food Association, Mohammad Reza Mortazavi, said: “Today, we will inevitably enter into negotiations with any country that has a surplus of wheat production to buy wheat. In recent years, we have neither bought nor stored wheat.”

According to statistics provided by private sector activists, wheat production fell by 30% compared to last year. Therefore, in order to compensate for the production deficit, the government is forced to import wheat, whose price has risen by up to 80% in global markets. While Iran has been able to produce its own wheat in the past, the Iranian regime is now importing seven and a half million tons of wheat annually from Russia, Germany, and some Eastern European countries.

While the Iranian regime is pushing for the reopening of schools and universities throughout the country, news about the sixth wave of contracting the Covid-19 virus and the eventually following social outrage is beginning to raise concerns among state officials.

Ali Sharifi Zarchi, Director of the Statistics Center of the Ministry of Health said: “Currently, I can not imagine that schools will re-open in cities with high contracting numbers, and we should be vigilantly preventing the spread of the sixth wave across the country.”

While state TV reported on November 6 that 2.5 million high school students are going to go back to in-person classes, Mohammadreza Mahboubfar, a health expert, said: “Health experts are extremely concerned about reopening of more schools and universities on November 22. Announcing stats and telling that more than 88% of students have been vaccinated is misleading. At least 40% of the country’s population did not receive even the first dose of their vaccine.”

Meanwhile, the head of the intensive care unit at Masih Daneshvari Hospital said: “The reopening of schools is not in the best interest of children, because there were many casualties among kids during the fifth wave.”

“The reopening of schools, universities, and other forms of education can be very, very dangerous,” said the director of virology at the Tehran National University.

According to the state-run Entekhab website, the director of Tehran Subway Company reported today that the reopening of schools caused huge crowds at the cross-sections of the Tehran subway.

State Official Admits to the High Number of Dropouts in Iran 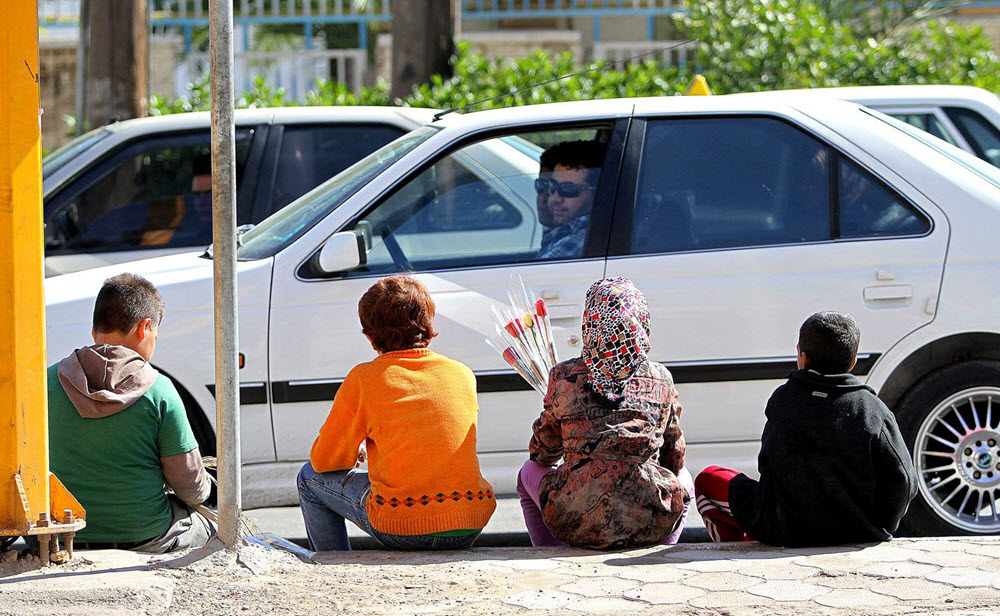 Alireza Kazemi, head of the regime’s Ministry of Education, expressed concerns about the high number of dropouts. According to the state-run Tasnim News Agency, Kazemi said: “Currently, statistics show that about 210,000 elementary school students and about 760,000 high school students are dropping out, which is a serious loss and we must plan and focus on this issue.”

Many Iranian children are deprived of education due to poverty and child labor. 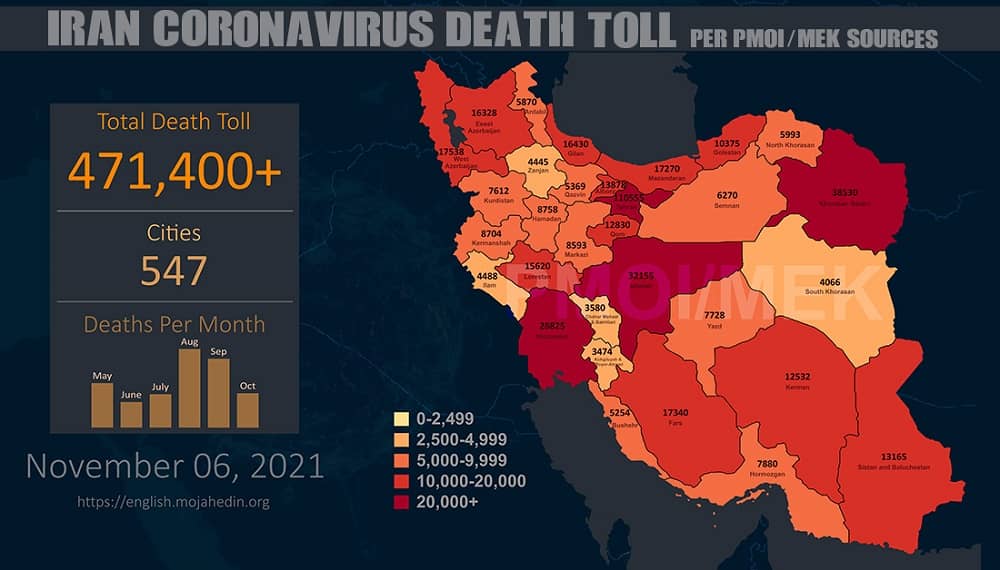 Over 471,400 people have died of the novel coronavirus in 547 cities checkered across all of Iran’s 31 provinces, according to reports tallied by the Iranian opposition People’s Mojahedin Organization of Iran (PMOI/MEK) as of Saturday afternoon local time, November 6. The official death toll declared by the regime stands at 127,173, around a fourth of the actual figure.

Nepotism, Corruption, and Violence: The Common Trait of Iranian Officials 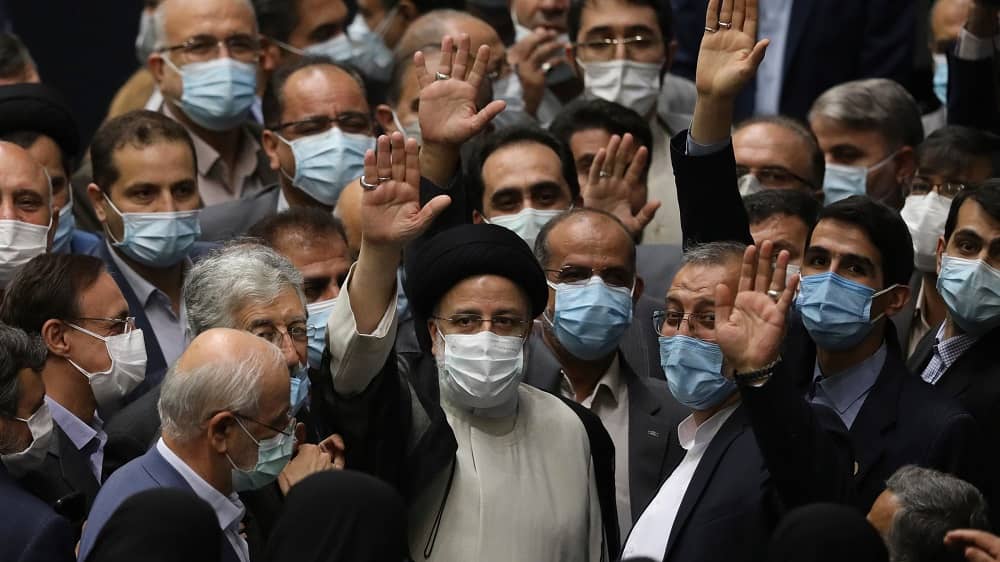 While the lives of Iranian people continue to spiral into poverty, officials and ruling factions continue to quarrel over looting national wealth and grabbing a bigger share of government power. And in these constant rivalries, they are favoring their families and inner circles to fill key posts instead of providing opportunities to the people who are qualified for the jobs. 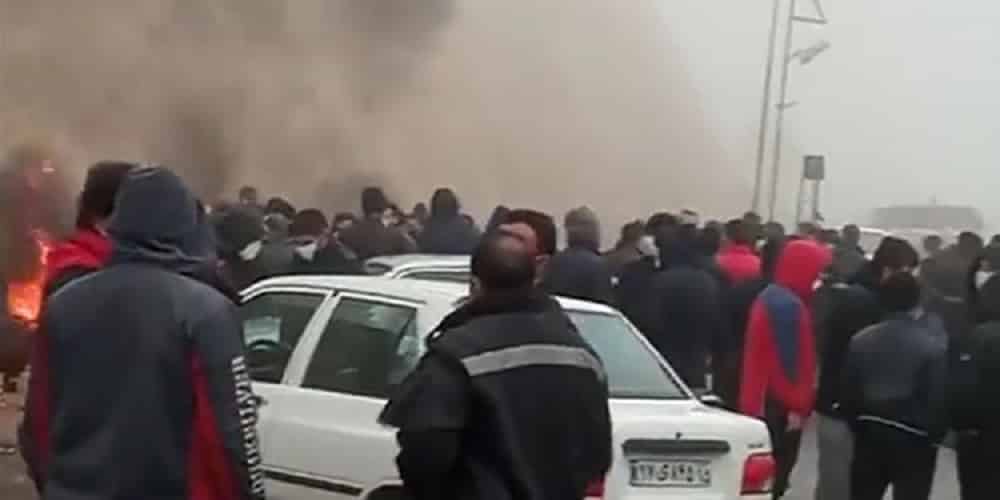 According to collected reports by sources affiliated with the Iranian Resistance in October, there were at least 391 recorded protests in 139 cities, which is an average of 13 to 14 protests a day. 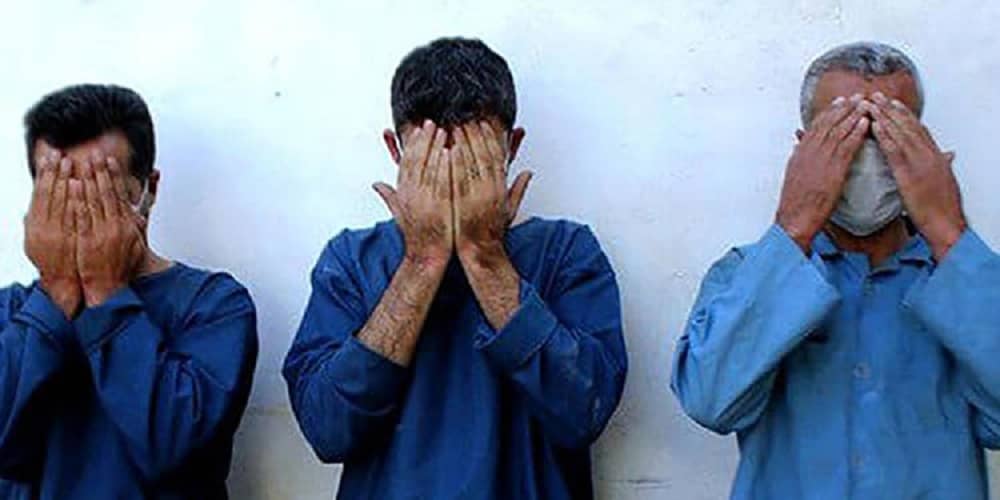 The Iranian regime has increased its crackdown against civil and political liberties ahead of the second anniversary of the nationwide November 2019 Iran protests. State-run media reports indicate the Intelligence Department of the Revolutionary Guards Corps (IRGC) has detained groups of people in various parts of Iran including Alborz, near Tehran, the southeastern province of Kerman, the capital Tehran, and the southern province of Hormozgan. They have mostly been charged with membership in unknown groups or for “threatening the people’s security”. 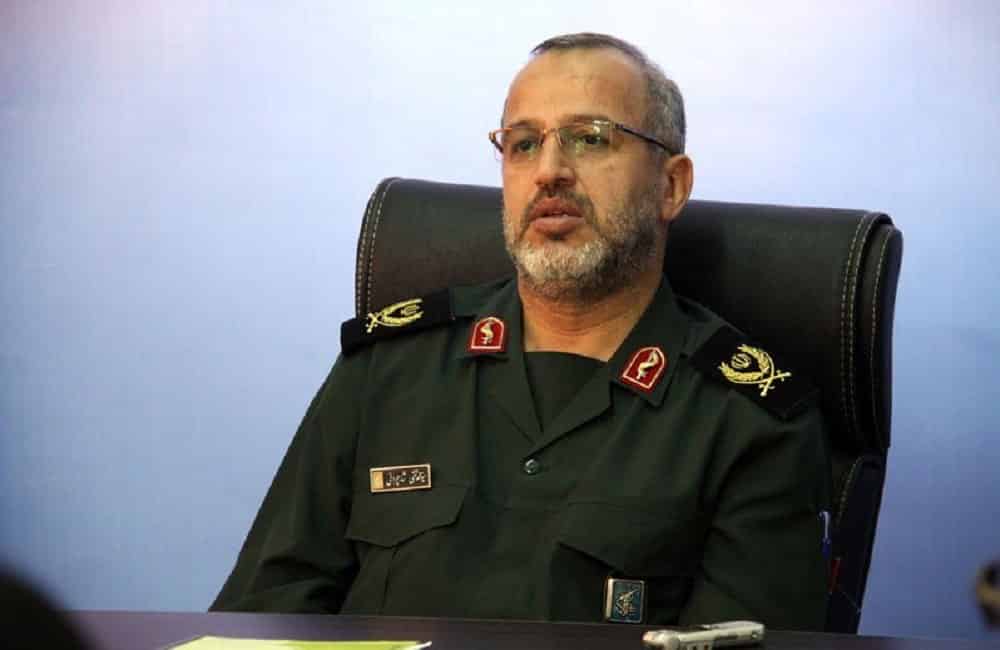 Following a series of appointments of Revolutionary Guards commanders (IRGC) to key positions in Iran, including provincial governors, while many Iran experts consider these appointments as the regime’s fear of upcoming protests, now on November 3, 2021, Ebrahim Raisi, Iran’s president, appointed Mohammad Taghi Shahcheraghi as the governor of Qom.

Previous articleIran: Coronavirus Death Toll Exceeds 471,400
Next articleAnniversary Of Iran’s 2019 Uprising Is A New Invitation To Action By World Powers