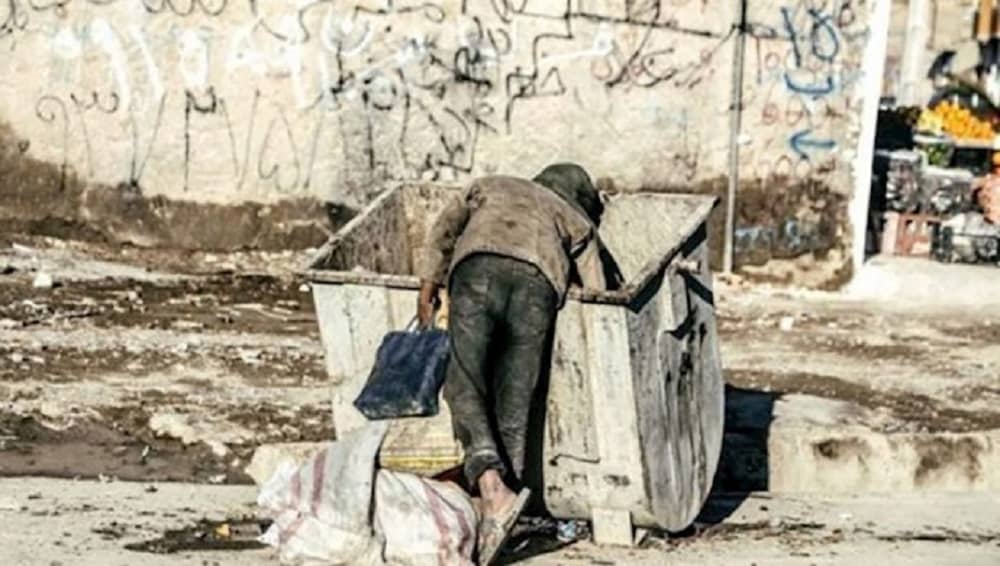 Iran’s economy is in shambles. This fact has been confirmed by Iranian officials, experts, and state media in recent days. The current wretched economic crisis is mostly due to the regime’s corruption and mismanagement. Iranians are the ones paying the price for the regime’s wrong actions. Iran’s bleak economy is tempering the society for another uprising. These facts have been acknowledged by Iran’s state media.

The Iranian regime’s Majlis (parliament) speaker Mohammad Bagher Ghalibaf admitted recently in a meeting with the members of the Majlis Research Center that “Iran’s economy is bankrupt and the government isn’t doing anything about it.”

“If our economy is bankrupt, it is because of the nationalization, not because of sanctions,” he said according to the state-run ISNA news agency.

He acknowledged that after four decades of ruling Iran, the regime still doesn’t know “what is the main problem of the society” and can’t agree on the “priorities of the country.”

“Unfortunately, we are living by the day, and I’m saying this based on studies that I’ve made,” he acknowledged that the regime has no long-term plan to address Iran’s economic crisis.

“According to the latest statistics of the World Bank, Iran has been one of the top countries in terms of unemployment over the past ten years. Throughout the last decade, the average global unemployment rate was about 5.5 percent, and unemployment in Iran was reported to be about twice the global average,” wrote the state-run Eghtesad-e Pouya on December 18.

“From Mohsen Renani’s point of view, we have not been able to reach a consensus about the crisis,” wrote the state-run Jahan-e Sanat daily on December 21. “We failed to make the state understand that no matter what faction holds power, as long as the roots of the crisis remain unsolved, its branches will not be corrected. Therefore, the main problem is the inability of civil institutions to talk to the rulers and influence them effectively.”

“We must ask ourselves what economists are capable of and what status our country is in? Frankly, I have to say that the complexity of our economic problems, intertwined with sociopolitical as well as psychological issues, have rendered economics unable to undertake anything,” Ranani told Jahan-e Sanat.

“Theoretically, solutions seem quite easy in books, but they do not have socio-economic effects on the ground. Even the best and most prestigious economists say they are not able to prescribe a course of treatment for Iran’s economy as this would need a stable status to be treated. Today, we’re dealing with an illness that stands on the verge of becoming cancer, and it will not be easy to heal.” Ranani warned regime officials.

“Our country’s economy is like a patient in critical conditions, and any decision can cause brain death. Imagine you are dealing with a patient whose health has deteriorated by 95% and has no way to being treated.”

Aftab-e Yazd daily on December 21 acknowledged the society’s restiveness, calling it “violence.” It also underlined that regime’s oppressive measures have failed and indeed increased this “violence.”

“We need to use ‘restorative and healing terminology.’ Some [officials] use hostile language which is, unfortunately, being republished and thus it is increasing political polarization as well as adding to the violence.”

“Those who say, ‘pack and leave if you don’t like it her,’ show short-sightedness, a limited definition of the term ‘people’ as well as the failure to understand that our country is faced with socio-economic crises,” Aftab-e Yazd adds.

“Any administration needs to make sure that social trust is preserved while we are dealing with socio-economic crises. We have bitter experiences about people turning their back politically and refusing to invest in different spheres economically. Distrust is the source of many emerging socio-economic crises.”

These acknowledgments by the regime’s tightly-controlled media, and officials like Ghalibaf, who is in the Supreme Leader’s inner circle, debunk all claims by the regime apologists that sanctions alone have squandered Iran’s economy. As Mohsen Ranani admitted, Iran’s economy is a conundrum that even prestigious economists cannot resolve. This situation will continue to worsen as long as the mullahs’ regime stays in power.