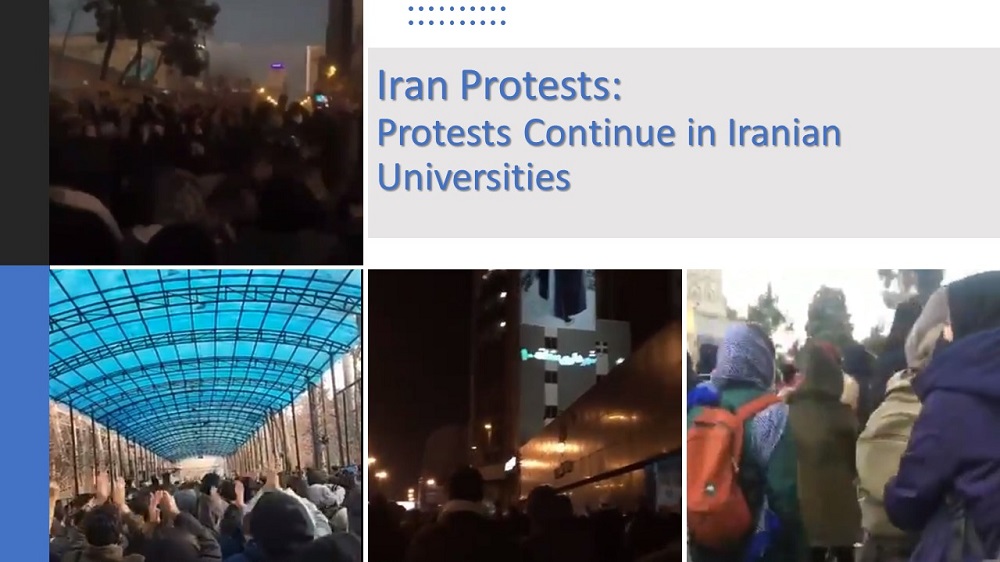 Protests Continue in Iranian Universities Against the Regime

“Basij must get lost!” in reference to the regime’s IRGC paramilitary Basij forces.

“IRGC, have some shame! Let go of the country!”

The latest Iran Protests fit into a much larger pattern.

Another Protester Detained During Iran Protests Tortured to Death.

MARYAM RAJAVI THE PRESIDENT-ELECT OF THE NATIONAL COUNCIL OF RESISTANCE OF IRAN (NCRI) WROTE ON TWITTER:

The countdown for the clerical regime has begun.

It is imperative and urgent to activate the trigger mechanism and reinstating six United Nations Security Council resolutions against the Iranian regime.

Yesterday, January 14, 2020, simultaneous with the four-day demonstrations by students and the people of Iran in 19 provinces across the country, defiant youth targeted the base for Fat’h battalion of the so-called Vali Asr Division in Behbahan. This base played a very active role in the suppression of the people of Behbahan during the November 2019 uprising. Simultaneously, posters of Khomeini, Khamenei, and Qassem Soleimani were torched in several locations in Tehran, Islamshahr, Zanjan, Shahr-e Kord, Marivan, Sabzevar, and Iranshahr. 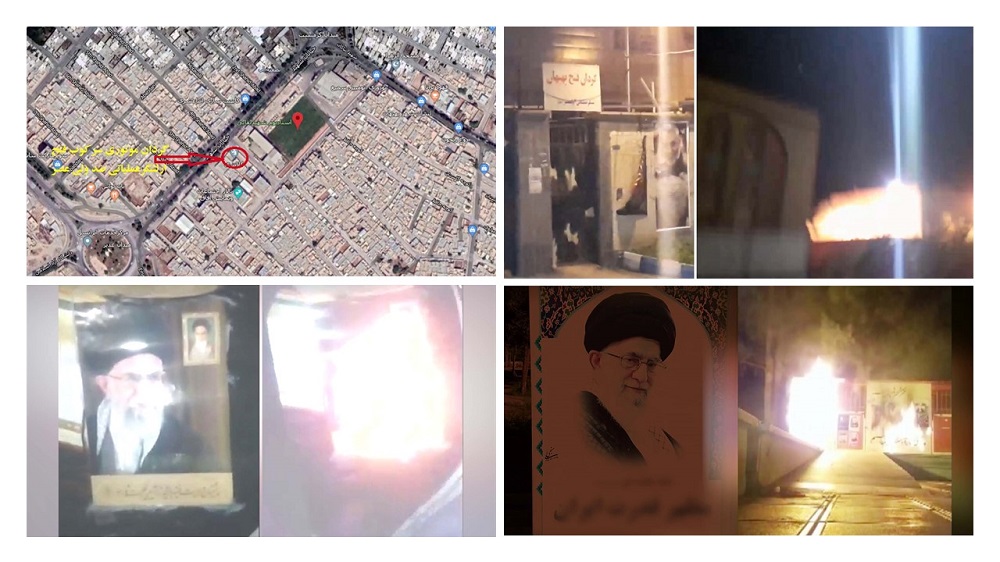 Statement by the President-elect of the National Council of Resistance of Iran (NCRI), Maryam Rajavi on the fourth day of the student protests in Iran:

MARYAM RAJAVI PRAISED THE PROTESTING STUDENTS, AND CALLED ON ALL THE PEOPLE, ESPECIALLY THE YOUTH, TO SUPPORT THEM.

COMMEMORATING VICTIMS OF THE UKRAINIAN AIRLINER CRASH, AT ASHRAF 3

UNIVERSITIES IN TEHRAN WERE SCENES OF PROTESTS TODAY AT NOON.

Students at the University of Tehran department of medicine gathered in protest in front of the university mosque and chanted anti-regime slogans, including “Don’t call me a seditionist! You are the sedition, you tyrant!” “Be afraid, be afraid, we are all together,” “Command in chief, resign, resign,” “The IRGC commits crimes, leader supports it,” “Shame, shame on the state TV and radio,” “Death to oppressor, whether it be the Shah or the Leader,” “1,500 is the death count for November,” “Calls for justice from all this injustice,” “Death to the principle of velayat-e faqih,” “We did not sacrifice just to surrender and praise a murderous leader,” “We will die, we will die, and reclaim Iran,” and “political prisoners must be freed.”

January 14, 2020—As protests continued in many different Tehran universities on Tuesday, the Iranian regime dispatched large contingents of security forces to crack down on demonstrations. Protests began on Saturday after Iranian officials admitted, following a three-day delay, that security forces had shot down a civilian passenger plane flying from Tehran to Kyiv, Ukraine.

Iranians are showing us what’s in their hearts: they are freedom-loving just like every God-created person, and they deserve freedom for themselves and their families. Our prayers are with them tonight.

Wednesday, January 15, 2020, marks the 62nd day since the beginning of the nationwide Iran protests.