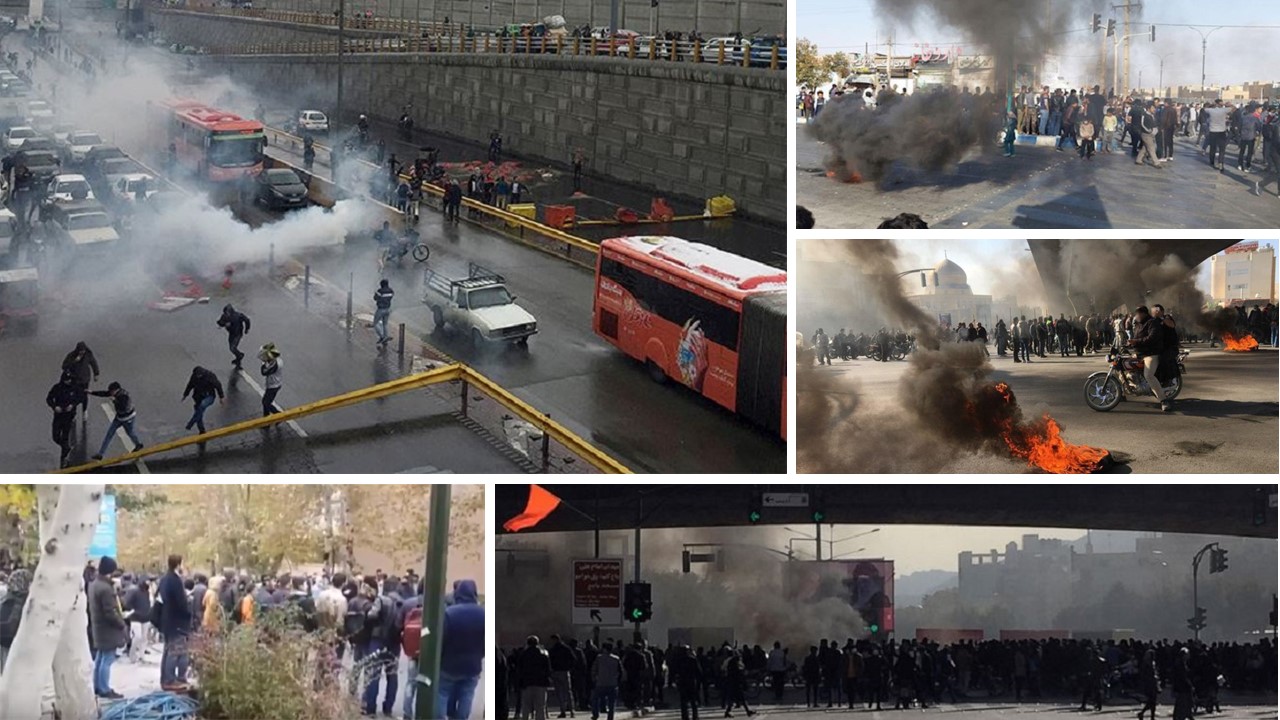 Anti-regime protests are continuing Wednesday for a sixth straight day in Iran. Tehran and many other cities are witnessing continued unrest as protesters in 140 cities across the country with at least 200 killed and over 3,000 people injured by the regime’s oppressive security forces.

Protesters are demanding the overthrow of the Iranian regime and targeting Supreme Leader Ali Khamenei, Hassan Rouhani (President of the regime) and the Revolutionary Guards (IRGC) as the source of corruption and economic and social problems and lack of freedom and fundamental rights. Also, today the internet remains down for the past several days, according to Netblocks.org

People in Mashhad, set a gas station on fire

According to news from inside Iran, this evening, a gas station was set on fire by locals in "Moalem" Boulevard in Mashhad.

The MEK has been so far able to obtain names of 85 martyrs fallen for freedom during the nationwide protests in Iran .

According to the MEK at least 7 thousand people have been arrested so far.

Protests have spread to 144 cities with 234 people killed and over 3,500 injured by the mullahs’ ruthless oppressive forces.

Iranian opposition President Maryam Rajavi sent a message on Wednesday, November 20, expressed her support for the brave protesters rising up across the country against the mullahs’ regime.

The President-elect of the NCRI,  Maryam Rajavi worte on Twitter:

Look at the rebellious cities and this defiant generation and their battle. This is the true image of our people and our country.

Look at the rebellious cities and this defiant generation and their battle. This is the true image of our people and our country. #Iranprotests #Iranhttps://t.co/ecc6wi8aoz pic.twitter.com/hvjnskeWTF

The rebellious youths in Pakdasht and Varameen have established roadblocks to confront regime’s security forces.

In the city of Gorgan, northern Iran, the rebellious youths are clashing with regime’s security forces.

The nationwide protests has now spread to over 144 cities.

The number of Iran’s nationwide protests has reached 234.

Reports indicate more than 3500 people have been so far injured during the nationwide uprising in Iran.

An Iranian citizen said: “ My friend told me there is a martial law at Quds town. On Tuesday they also captured the police station.

Situation in Malard, near Tehran

A Report from Malard indicates that no banks are left in Malard, not even an ATM machine. All the state buildings are destroyed.

A Report form Islamshahr indicates: “on Tuesday midnight, a branch of the Bank Meli was torched by the protestors. The security and the IRGC forces didn’t dare to approach the people. People are staying on streets despite the cold weather and raining.  In cities of Pakdasht and Varamin, people have created roadblocks. We can’t continue with this internet it constantly stops working.” 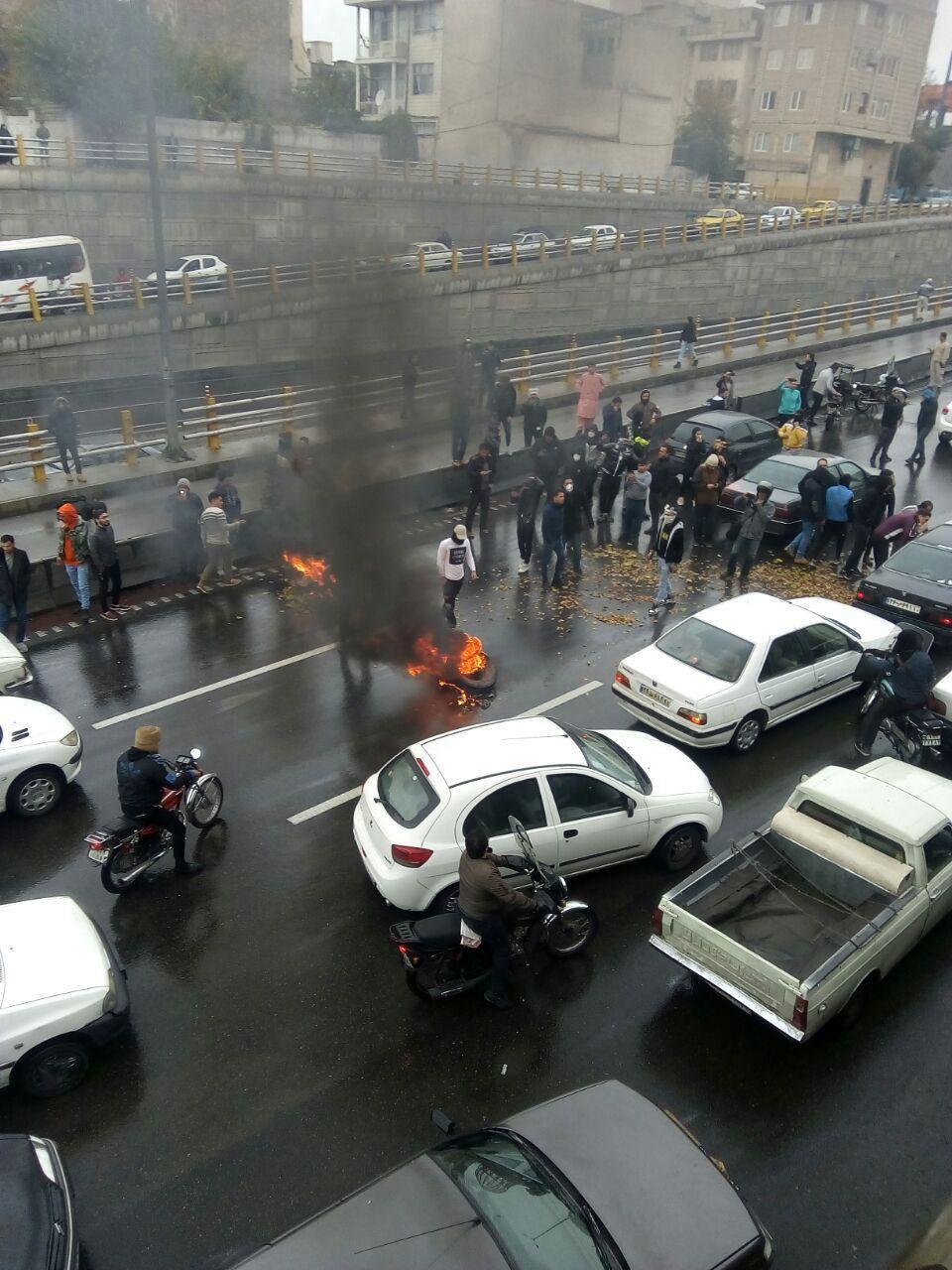 The President-elect of the NCRI,  Maryam Rajavi: Iran Rises Up in Revolt

Supporting the arisen people, the rebellious youths and resistance units in Iran is a patriotic duty 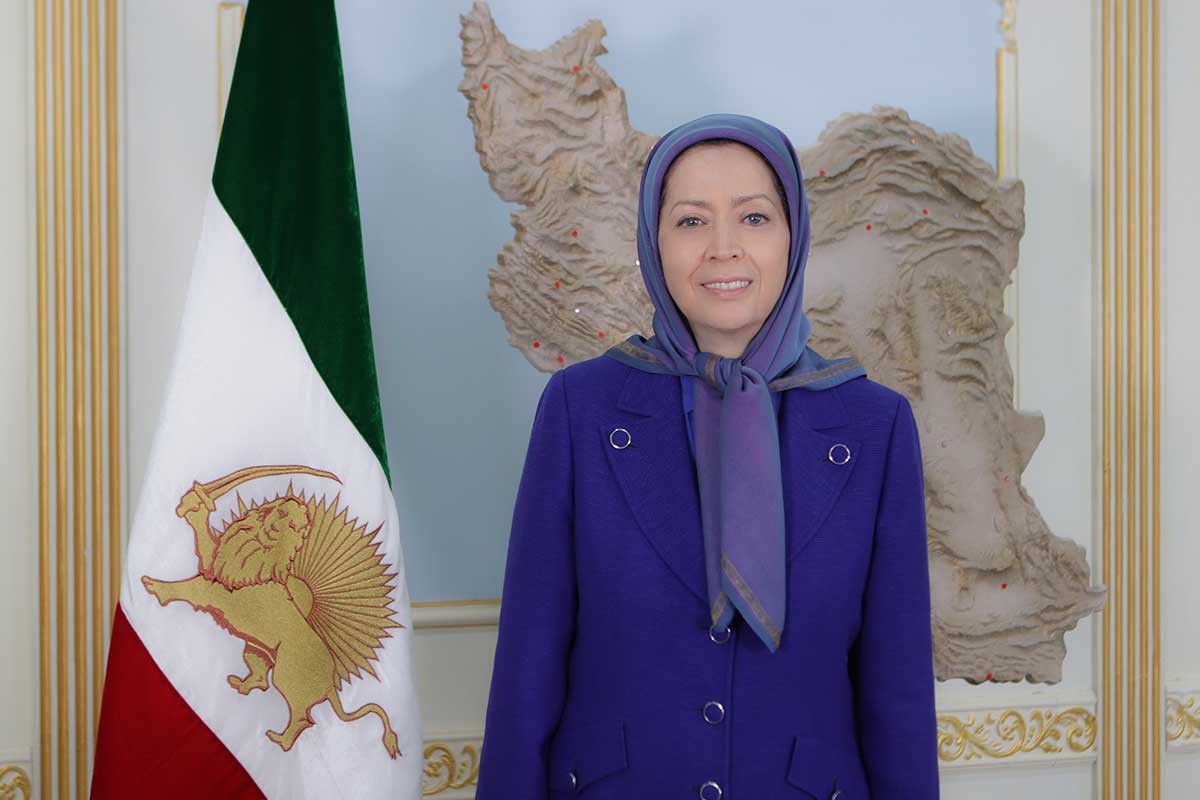 The Velayat-e Faqih religious dictatorship has reached the end of the line. Today, the cries of the people of Iran can be heard from the streets of Tehran, Isfahan, Kamyaran, Sirjan, Behbahan, Shiraz, Marivan, Bukan, Karaj, Khorramshahr and Mahshahr. They are crying out, “Dictator, shame on you, let go of our country.” They are chanting, “the mullahs must get lost.” Therefore,

1. I urge my fellow compatriots to actively participate in the memorial services of martyrs, everywhere, in any form and to any possible extent.
2. Supporting the arisen people, the rebellious youths and resistance units is a patriotic duty.
3. Do not forget to attend to the wounded, dress their wounds, and help the families who have lost their guardians.
4. Protests and strikes at every possible time and place are essential for the continuation and expansion of the uprising.
5. The enemy is mobilizing all its forces, heads of branches and clerics to launch a counter attack, to terrorize the public and hold counter demonstrations. But these are no longer effective. Do not fear their tricks and bellows. National solidarity and cooperation are the best response.
6. World governments and the international community must set aside all considerations and reservations about the regime. They should demand immediate halt to the killings and arrests. If the regime does not comply, they must readily pull the trigger of UN Security Council sanctions. The UNSC must declare the regime’s leaders as criminals committing crimes against humanity. They must face justice for this massive suppression and bloodshed. The international community must strongly condemn the mullahs’ terrorism on the internet and assist the people of Iran in circumventing this inhuman blockade.
7. The clerical regime is making all its effort and using all its means to conceal the actual death tolls. The United Nations must immediately dispatch investigative missions to Iran to evaluate the number of those killed, injured and imprisoned.

Iran - Protests and Clashes in Various Parts of Tehran, Isfahan, Khorramshahr and Shiraz on Fifth Day of Uprising – No. 24

#Iran - Protests and Clashes in Various Parts of Tehran, Isfahan, Khorramshahr, and Shiraz on Fifth Day of Uprising https://t.co/FHWCD1JBYK#IranPortests #MEK

#IranProtests: #Iranian Regime Has Shut Down the Internet to Create an Information Blackout for Brutal Crackdown https://t.co/hrSMK114CF
#MEK #Internet4Iran #FreeIran

Mrs. Maryam Rajavi, the President-elect of the National Council of Resistance of Iran (NCRI), called for an urgent United Nations Security Council meeting regarding the increasing number of protesters killed by the mullahs’ regime in Iran.

“In light of the growing numbers of people killed and wounded across Iran, I urge the UN Secretary-General to call for an emergency meeting of the UN Security Council to brief them about the crimes of Khamenei and his Revolutionary Guards (IRGC) in Tehran,” Mrs. Rajavi said.

In light of the growing numbers of people killed and wounded across #Iran, I urge the UN Secretary General to call for an emergency meeting of the UN Security Council to brief them about the crimes of Khamenei and his Revolutionary Guards (IRGC) in Tehran. #Iranprotests pic.twitter.com/qW28xyH9qD

Reports obtained by the MEK from the Tehranpars district of Tehran confirm clashes between protesters and the regime’s security forces between 6 and 7 PM on Tuesday. According to the MEK sources, a team of eight or nine persons, led by a young woman, were seen chanting against the regime. They clashed with the regime's oppressive police forces dispatched to the scene.

According to the state-run IRNA news agency, in Shiraz, south-central Iran, protesters damaged four centers affiliated directly to the mullahs’ regime. A report from Shiraz indicates the regime’s army units have not come to the aid of the IRGC units and are refusing to oppress protesters.

In Dezful, in southwest Iran, In the city’s Kuy-e Modares district numerous protests and clashes between locals and state police reported.

In Varamin, southeast of Tehran, locals attacked a number of gas stations.

According to the IRGC-linked Fars news agency, around 80 state-run chain stores across the country have been severely damaged by the protesters. Most of the supermarkets are located in cities around Tehran including Marlik, Parand, Shahriar, Robat Karim, Fardis, Malard, Shahr-e Quds, Varamin, Hassan Abad and … The protestors also stormed another such supermarket located east of Tehran.

The angry protesters torched in Isfahan, Sarasiab in Alborz Province, Bethat in Sanandaj and Dowlat Abad in Kermanshah A number of regime-linked stores.

Javanrud, western #Iran
Youths clashing with security forces and forcing them to flee.#IranProtestspic.twitter.com/zjspQbhbH8

According to a newspaper linked to the IRGC, during this latest round of protests and uprising, protesters attacking regime's sensitive military and security sites, Dozens of police stations, IRGC and Basij bases have been attacked using firearms and a variety of other weapons.

"The protesters are obviously trained and are using specific tools in their attacks. They are trained in how to disable security cameras around intersections, banks, and retail stores. They are organized in teams and are not fixed to a specific location, thus wearing out the security units with their constant movements", the newspaper piece adds.

Women are playing a key role in attacks targeting the women’s Basij bases and encouraging youths in these protests, according to the state-run Fars news agency. Particularly in Tehran, women of 30 to 35 years of age are playing special roles as leaders of these protests. "These women are each pursuing different and coordinated objectives. One taking the footage, another blocking vehicle and a third encouraging people to join the protests’ ranks. The high number of women taking part in these protests is an important element in encouraging the public" against the regime, the piece adds.

Mariwan, western #Iran
Locals are standing their ground in the ongoing anti-regime uprising.#IranProtestspic.twitter.com/BGVhOMYxOZ