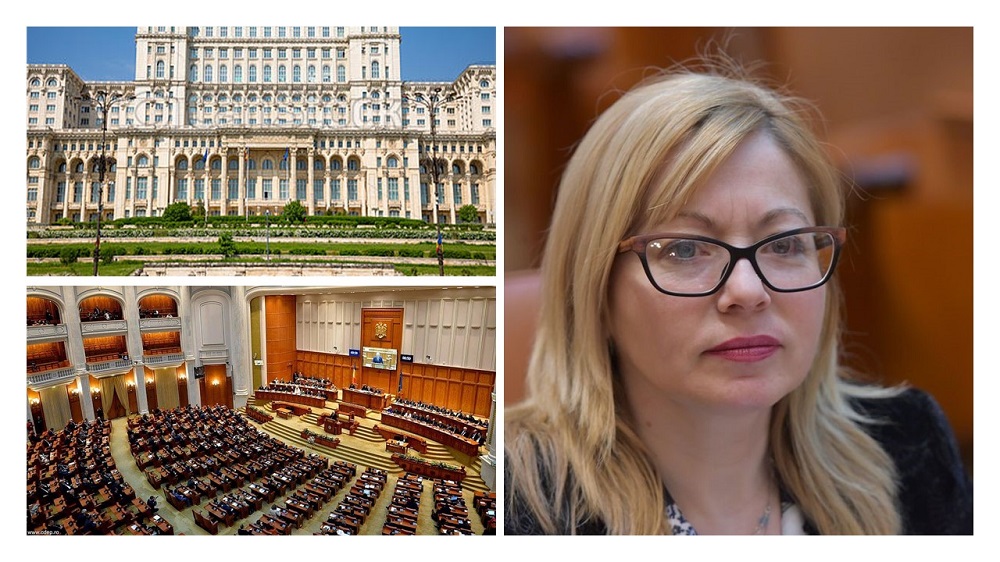 Written by Mansoureh Galestan on 09 December 2019.

Ms. Cristina Iurișniți, Member of the Romanian Parliament and the chairwoman of the Parliament's Committee on Equal Opportunities for Women and Men, has sent a message of support over the recent nationwide Iran protests and condemned the Iranian regime over its deadly crackdown on protesters.

Below is the full text of her message:

I am Cristina Iurișniți, Member of the Parliament and Chair of the Committee on Equal Opportunities for Women and Men of the Romanian Parliament.

We constantly hear disturbing news from inside of Iran since 15 November. The religious fascist regime ruling Iran has long suppressed, tortured, and executed its people. But it seems that in suppressing recent protests, it has gone beyond any act of terrorism and crime.

Over 600 deaths, thousands injured and more than 10,000 arrested, it is an unacceptable fact especially in the case of peaceful protests by unarmed people in the 21st century. The United Nations should certainly appoint a fact-finding committee to investigate the events of this tragedy and hold accountable any individual in the Iranian regime who has been involved in the crimes under international human rights laws.

This is the wrong message to be sent to the dictators ruling Iran, and certainly, in the historical memory of the Iranian people, the European Union will be seen as a partner in these crimes against humanity.

As a member of the Committee of Romanian Parliamentarians for a Free Iran, I urgently call for a firm stance by the international community against the ruling regime in Iran. I support the Iranian people's call for a democratic republic based on the separation of religion and government. And I end this message with a sentence from Mrs. Maryam Rajavi.

This uprising will continue until freedom and democracy are established in #Iran. A free and democratic Iran is not only the urgent desire of the people of Iran but is essential for peace and security in the Middle East and the world. #IranProtests pic.twitter.com/ljMRTLb4JB

She called on the United Nations Secretary-General António Guterres to brief the Security Council about the atrocities perpetrated by the religious dictatorship ruling Iran, its Supreme Leader Ali Khamenei, and the IRGC, in view of the rising number of those killed and wounded. She urged him to convene an extraordinary session of the Council.

Silence vis-à-vis the crimes against humanity perpetrated in Iran every day is absolutely unacceptable, Mrs. Rajavi underscored, adding that the Security Council must declare the regime and its leaders responsible for the crime against humanity for which they must face justice.

The martyrs are mostly young adults and teenagers, many of them shot in the head and chest. The number of those killed is actually much higher. The regime is using an assortment of ploys to conceal the actual figure. In many cases, the suppressive forces do not hand over the bodies of the dead to their families and even refuse to take them to the coroner’s office, instead of burying them in unknown locations.

I wish freedom and democracy for the Iranian people.