Day 27 of the Iran Protests for Regime Change 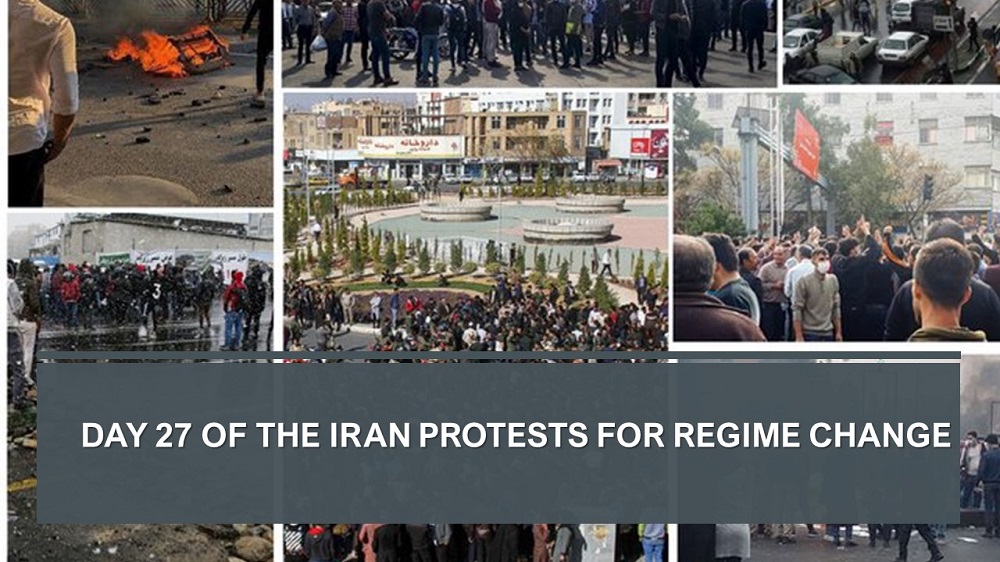 — NCRI-FAC (@iran_policy) for on observation of and those killed violently by in Iran. . Correctly and well said the population of Iran are young and they want freedom and democracy in Iran People’s Uprising Released

— NCRI-FAC (@iran_policy) : Demonstrations, Gatherings by Iranians at the Hague, in Bern, Photo Exhibit of Martyrs in Stockholm

Read more: Day 26 of the Iran Protests for Regime Change