Day 31 of the Iran Protests for Regime Change 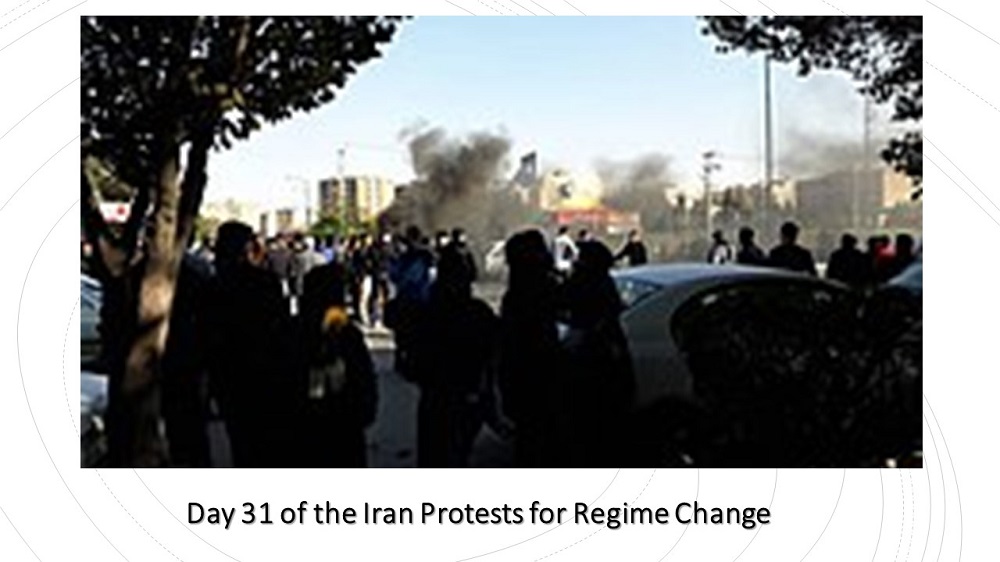 THE CONTENT OF THIS PAGE WILL BE UPDATED WITH THE LATEST NEWS OF THE -Over 1,500 Killed in the Iranian People’s Nationwide Uprising Names of 504 Martyrs Released

All numbers subject to rise. : Over 1,500 killed in Nov
MEK released name of 28 more martyrs, bringing to 504 victims identified so far. MEK announced over 1,500 protesters were killed, at least 400 in Tehran
clip: Behbehan during uprising : Names of 25 More Martyrs of the Iranian People’s Uprising Released.
INACTION IS INEXCUSABLE, STOPPING CRIME AGAINST HUMANITY IS SECURITY COUNCIL’S RAISON D’ÊTRE to visit the regime’s detention centers & those arrested during the uprising. began Friday afternoon and was immediately flooded with calls from Iran and cross over the world, with many callers paying tribute to the channel’s unmatched continuous coverage of the .

Read more: Day 30 of the Iran Protests for Regime Change