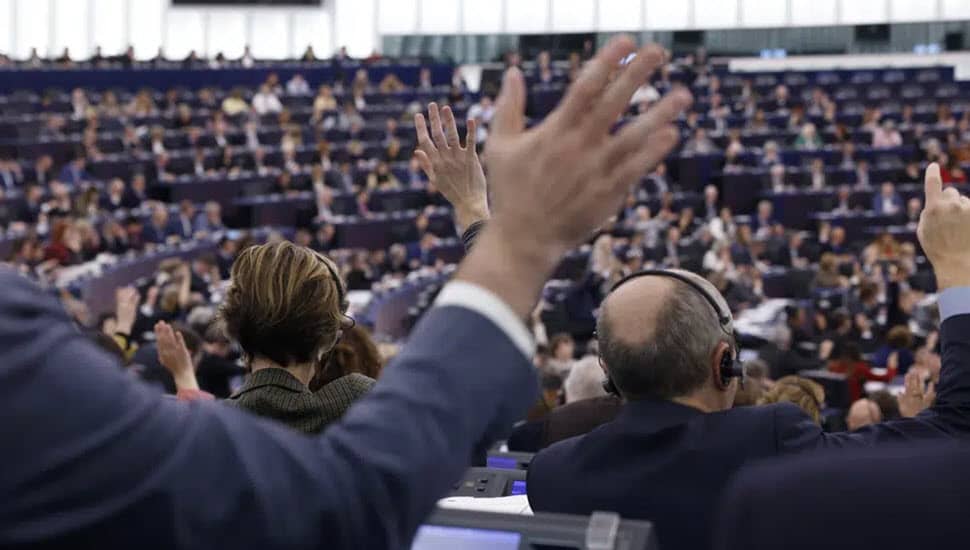 On January 19, the European Parliament adopted a resolution condemning the Iranian regime’s crackdown on the nationwide uprising and calling for the designation of the Revolutionary Guards (IRGC) as a terrorist organization.

This motion was ratified with 313 votes in favor. This came a day after an amendment to another resolution, calling for the IRGC’s designation as a terrorist entity, was ratified by a strong majority of the MEPs. This amendment was introduced by MEP Anna Fotyga, a member of the Friends of Free Iran inter-parliamentary group.

Based on my amendment, the EP called for the EU and its member states to include the IRGC on the bloc's terrorist list "in the light of its terrorist activity, the repression of protesters and its supplying of drones to Russia".https://t.co/i79BUJVVKB

Today’s  resolution calls out the “ response of the Iranian security and police forces to the protests is violent, indiscriminate, disproportionate and unrestrained,” and how the regime’s supreme leader, Ali Khamenei, and his president Ebrahim Raisi, “have repeatedly expressed praise for and encouraged, the violent suppression of peaceful demonstrations and the killing of protesters by the paramilitary Basij militia of the  Islamic Revolutionary Guard Corps (IRGC).”

The resolution also highlights how the regime, “in particular through the IRGC, engages in large-scale, sophisticated and violent transnational repression activities targeting exiled and diaspora activists,  dissidents, independent journalists, and human rights defenders, including on EU soil, as well as threatening and harassing their family members in Iran,” and “both directly and by acting through local proxies, has assassinated diaspora dissidents, kidnapped exiles for abduction to Iran, and plotted bomb attacks in several countries, including the EU Member States.” The latter refers to the foiled bombing of the Iranian opposition rally in 2018 in France, which resulted in the incarceration of the regime’s diplomat-terrorist Assadollah Assadi.

The adopted resolution “Demands that the international community and the EU and its Member States use all engagements with the authorities of the Islamic Republic to demand an immediate end to the execution of protesters and violent crackdown against protests, and the unconditional release of all those arrested for exercising their right to freedom of expression, association, and peaceful assembly.”

The resolution “Calls on the Council and the Member States to add the IRGC and its subsidiary forces, including the paramilitary Basij militia and the Quds Force, to the EU terrorist list and to ban any economic and financial activity involving businesses and commercial activities related to owned, wholly or in part, by, or fronting for, the IRGC or IRGCaffiliated individuals, regardless of their country of operation, while avoiding any adverse consequences for the people of Iran as well as for EU humanitarian and development aid.”

.@FZarzalejos
The EU should adopt a position of maximum unity on #Iran's regime and Tehran should understand there will be consequences. The IRGC should be designated as a terrorist organization.#BlacklistIRGC #IRGCterrorists pic.twitter.com/6ZiGfPHxDU

It also “Calls on the VP/HR and the Council to expand the EU sanctions list to all individuals and entities responsible for human rights violations and their family members, including Supreme Leader Ali Khamenei, President Ebrahim Raisi, and Prosecutor General Mohammad Jafar Montazeri, as well as all foundations (‘bonyads’) linked to the IRGC, notably the Bonyad Mostazafan and the Bonyad Shahid va Omur-e Janbazan.”

During a debate on Tuesday night over the adopted resolution, the MEPs from various political stripes urged the EU Union to blacklist the IRGC and cut all ties with the ruling theocracy.

It is worth noting that Friends of Free Iran (FOFI) issued a statement on Tuesday, highlighting that “cooperation and negotiation with the Iranian regime cannot be justified under any pretext. The European Union and its member states should blacklist the Islamic Revolutionary Guard Corps (IRGC) as a terrorist entity for its role in suppressing the people of Iran and its terrorist activities, recall their ambassadors from Iran, and close the regime’s embassies in the EU countries, expelling Tehran’s diplomats and agents.”

According to many experts, the EU’s likely decision to consider the IRGC as a terrorist organization would have severe consequences for the mullahs’ regime and, above all, foretells the beginning of an end to the wrong appeasement policy by the EU member states toward Iran’s ruling theocracy.

In a conference at the Parliament of Europe, I reiterated that so long as the EU is under the illusion that it could contain the regime’s dangers by giving it concessions, they would practically feed the crocodile #IRGC_Out #Iran #Paris