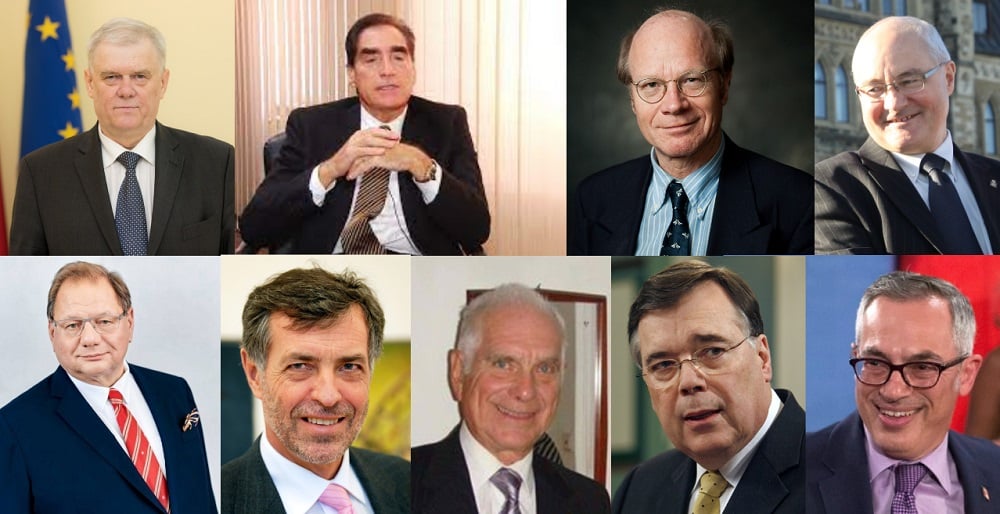 Nine former ministers from European countries and Canada joined voices to express their support for the uprising in Iran and the MEK Resistance Units who are the driving force for radical change inside the country. These renowned leaders who have represented and led millions of people of the free world also condemn the brutal crackdown on dissidents throughout four decades of the clerical dictatorship. They also called on the democratic countries to stop dealing with Tehran until political prisoners are released.

The joint statement of the former ministers is as follows:

Since mid-September, protests and anti-regime uprisings have spread all over Iran. The protests by women and youth have so far expanded to more than 140 cities in all 31 provinces. Demonstrations are taking place in 16 major universities. The protesters, chanting the rallying cry of “Death to Khamenei,” seek to overthrow the unelected religious dictatorship. The repressive forces fire tear gas and live ammunition at the protesters.

The new round of uprisings was sparked when Mahsa Amini, a 22-year-old woman from Iran’s Kurdistan province, was arrested in Tehran under the pretext of mal-veiling and was murdered as a result of police beatings. As of September 25, at least 180 demonstrators have been killed and countless others have been injured, and over 8,000 arrested. By disrupting and disconnecting the Internet in large parts of Iran, the regime is trying to prevent the transmission and dissemination of news and images of protests, the true dimensions of the uprising, and finally revelations regarding the scope of its massacre and suppression. The international community must guarantee free access to the Internet for the people of Iran.

Resistance Units and the organized opposition are taking serious risks to play a vital role in organizing and sustaining these protests while putting up a resistance front against repression.

Over the last 40 years, executions and repression have been carried out by Iran’s current leaders, such as Ali Khamenei and the regime’s current President, Ebrahim Raisi. Amnesty International has repeatedly called for the prosecution of Raisi for his role in the massacre of political prisoners in 1988. In that year, 30,000 political prisoners, 90% of whom were from the Mujahedin-e Khalq (MEK/PMOI), were executed in accordance with Khomeini’s fatwa. During the uprising of the Iranian people in November 2019, more than 1500 demonstrators were killed by the Islamic Revolutionary Guard Corps (IRGC).

In view of the above facts, we, the undersigned, issue the following call to the United Nations, its member states, and other international organizations:

Supporting the uprising of the Iranian people

Previous article
Iran News in Brief – September 30, 2022
Next article
How Many Protesters Arrested During Iran’s Uprising: Official Accounts Versus the Resistance’s