NCRI – Residents of the Iranian city of Ahwaz, in Iran’s south-western Khuzestan Province, have rallied once again to protest an attempt by the regime to divert water from the River Karoun.

According to reports received from Iran, on Thursday, June 2, Ahwazi residents formed a human chain in front of the Choubi Park across from Street 17 in Kianpars region in the city of Ahwaz. The protest started at around 5 pm and continued until 9 pm local time. 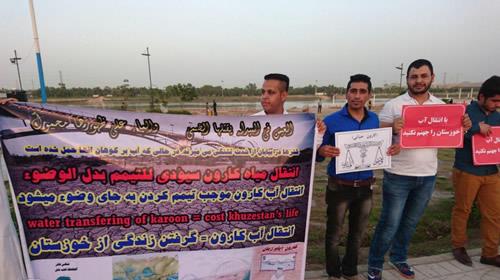 The demonstrators held signs protesting the transfer of Karoun’s water, some of which read:

Zakia Harnisi is a graduate of agricultural engineering and is active in the field of cultural issues and the environment. She has been very active in forming human chains and campaigns to protest the diversion of Karoun River. The regime’s intelligence officers from Ahwaz entered Ms. Harnisi’s home in the town of Kian without a judicial warrant and also confiscated her personal belongings including her books, computer and mobile phone. 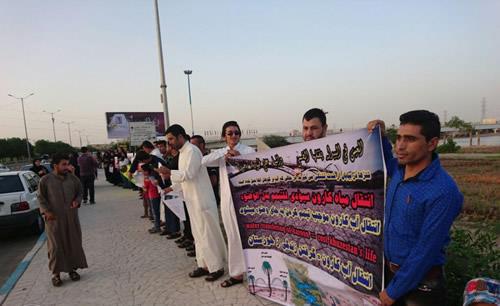 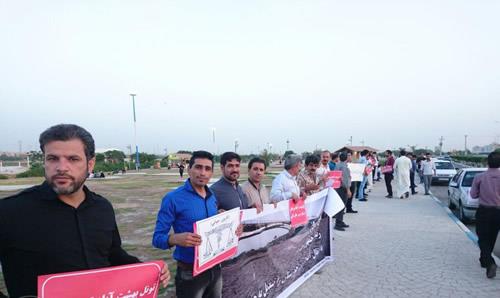