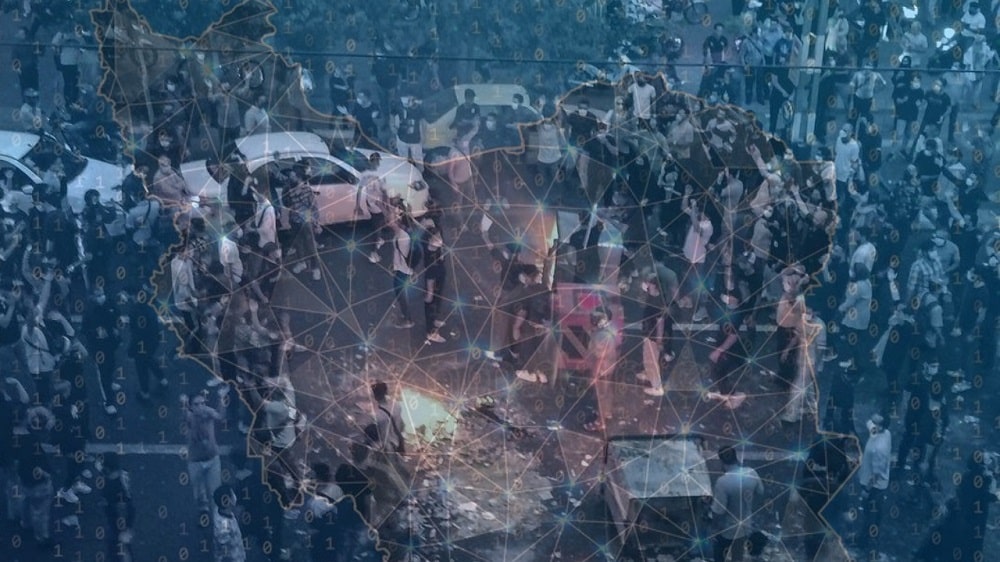 Iran’s nationwide uprising continues despite the regime’s heavy crackdown and an internet blackout. According to many observers, the country is on the verge of a revolution. To prevent this outcome, regime officials try to disconnect the Iranian people from the world and quickly pursue their killing spree.

Ahmad Vahidi, the regime’s Minister of Interior, officially announced on September 23 that the internet shutdown continues in Iran as long as anti-government protests continue.

In November 2019, the regime successfully imposed an internet blackout, preventing its crimes from leaking outside and hindering people’s efforts to coordinate protests online. As a result, state forces killed at least 1500 protesters.

In recent days, Netblocks, an independent internet observatory platform, reported “curfew-style cellular network disruptions amid protests over the death of Mahsa Amini” and that “Instagram, WhatsApp, and LinkedIn are now restricted nationally.”

“Iran is now subject to the most severe internet restrictions since the November 2019 massacre. Mobile networks largely shut down (MCI, Rightel, Irancell – partial). Regional disruptions were observed during protests. Instagram and WhatsApp are restricted,” Netblocks reported on September 21.

Unlike what happened in November 2019, the mounting international support for the Iranian people’s uprising resulted in a global effort to bypass the regime’s censorship. As more Iranians and activists called for satellite internet, Tech entrepreneur Elon Musk announced that the Starlink satellite internet company would seek an exemption to the US sanction to provide service to the Iranian people.

A couple of days after, Antony Blinken, the US Secretary of State, announced that his government “took action today to advance Internet freedom and the free flow of information for the Iranian people, issuing a General License to provide them greater access to digital communications to counter the Iranian government’s censorship.”

“While Iran’s government is cutting off its people’s access to the global internet, the United States is taking action to support the free flow of information and access to fact-based information to the Iranian people,” the Treasury said in a press release.

“With these changes, we are helping the Iranian people be better equipped to counter the government’s efforts to surveil and censor them,” Treasury Deputy Secretary Wally Adeyemo said.

In response to Blinken’s tweet, Elon Musk quickly tweeted that he is “activating Starlink in Iran.”

In a similar action, WhatsApp, a social media platform widely used by Iranians, announced on September 22 that it was making efforts to help Iranian protesters to connect.

“We exist to connect the world privately. We stand with the rights of people to access private messaging. We are not blocking Iranian numbers. We are working to keep our Iranian friends connected and will do anything within our technical capacity to keep our service up and running,” the company wrote on Twitter.

We exist to connect the world privately. We stand with the rights of people to access private messaging. We are not blocking Iranian numbers. We are working to keep our Iranian friends connected and will do anything within our technical capacity to keep our service up and running

While these actions face technical hurdles, they are a testament to global solidarity with the risen Iranians and send a compelling message to Iran’s ruling theocracy that it can no longer oppress protesters in the shadows.

Meanwhile, Politico quoted a US official on September 23 as saying that “while the action is meant to support the free flow of information to the Iranian people, it does not erase the tools Iran’s government has to hinder its people’s ability to communicate with the outside world.”

“This general license does not remove every tool of communications repression that the government of Iran has to direct at its own people,” the US State Department official told Politico.

However, establishing a satellite internet in Iran that could cover all provinces and allow protesters to connect using their mobile phones needs a collective effort by Iran’s neighboring countries, as satellite internet providers such as Starlink need a ground base. These bases would provide internet to nearly a radius of 500kms around them.

Nevertheless, as the uprising of the last ten days has demonstrated the Iranian nation’s determination to put an end to 43 years of tyranny and eliminate the most active state sponsor of terrorism, it is time for the international community to increase efforts and side with the Iranian protesters by preventing the regime from blocking the flow of information.