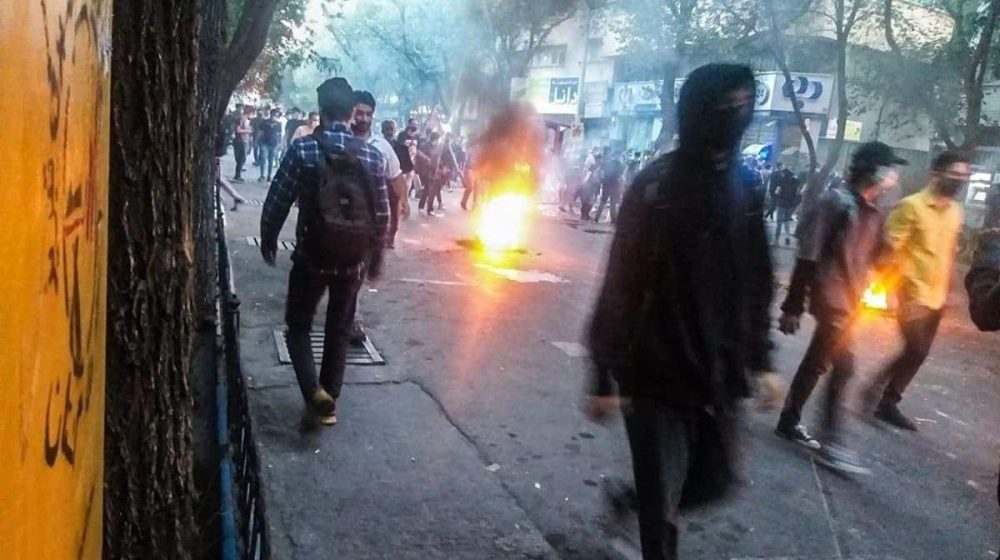 Protests broke out in Iran on September 16, following the brutal murder of Mahsa Amini by the regime’s morality police in Tehran. Iranian protesters soon targeted the entire regime with their slogans, such as “death to the dictator,” and clashed with security forces. As protests continue to expand, officials, organizations, and state media try to intimidate brave Iranian men and women and threaten to use more violence. Meanwhile, according to the People’s Mojahedin Organization of Iran (PMOI/MEK) network inside Iran, so far, the regime’s security forces have killed at least 100 unarmed protesters. As protests span across the country, the regime’s dreadful reactions mount.

Over 100 people have been killed by the mullahs' security forces. Sources are reporting widespread arrests by the regime. #IranProtests2022 #MahsaAmini pic.twitter.com/0zQTyU0naO

Acknowledging the death of one of its forces, the Revolutionary Guards (IRGC) issued a statement on September 22, threatening that “The attack of armed dissidents and rioters would receive its appropriate answer, and the [regime’s security forces] would put an end to this sedition.”

Yet, videos from Iran show the IRGC thugs opening fire on unarmed civilians, and brutally arresting them.

In a similar statement on September 22, the regime’s Ministry of Intelligence and Security (MOIS) threatened protesters. “Due to the opposition’s exploiting the recent incidents, any presence in unlawful protests will be prosecuted under the Islamic penal code,” read the statement, as quoted by the state-run Noor News.

On September 22 Mullah Ahmad Khatami, Tehran’s Friday Prayer Leader, also tried to intimidate the protesters. “The 2009 sedition [the regime’s word for uprisings] is repeating now. They are chanting slogans against the absolute rule of the Supreme Leader. I call on our dear Judiciary Chief, who is here today, to prosecute and show no mercy to the leaders of these riots,” he said during the Friday Prayer ceremony.

The regime’s Judiciary Chief, Gholamhossein Mohseni-Ejei, soon fulfilled Khatami’s demand. According to the official IRNA News Agency, Ejei ordered the “Prosecutor General and other judiciary officials to deal with the main elements of riots in the context of preserving the security” of the regime.

“Ejei also ordered judiciary officials to seriously deal with those spreading propaganda while referring to the enemy’s methods and the tactics of the opposition’s elements in triggering people’s emotions and exploiting them,” IRNA wrote.

“We cannot tell the police to ignore crimes that happen in society or refuse to deal with improperly-veiled women. Police duties and tasks must be fulfilled, and the force must deal with all criminals seriously. We must support the police who serve the state around the clock,” Musa Ghazanfarabadi, head of the judicial and legal commission of the parliament, said on September 23.

The state-run Entekhab website also quoted Ghazanfarabadi as saying: “Riots are condemned and those who join riots damage the country.”