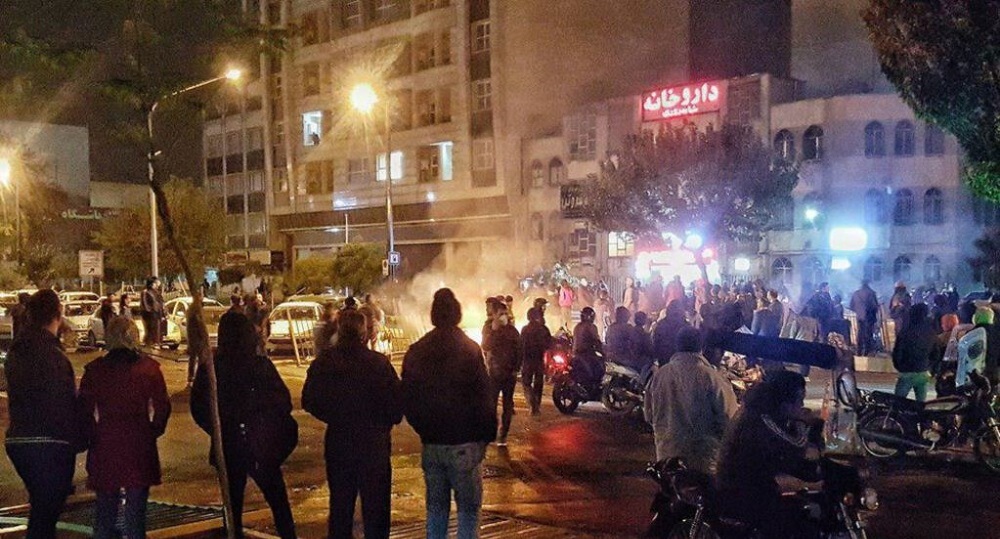 As economic and social crises worsen in Iran due to the regime’s actions, more officials express fear of society’s restiveness and increase oppressive measures to control the public.

“The [regime’s] security [should be preserved] around the clock and is not affected by holidays. However, sometimes events occur that affect those involved in the security of the system,” said Hossein Zolfaghari, Deputy Minister of Security and Law Enforcement of the Ministry of Interior, in an interview with the official IRNA news agency.

“The system has a series of double security threats. Given the conditions we have and the hostilities, of course, we need to be more careful, both in defense and in the field of security within the system. Even on the safest days, it is inconceivable that a threat does not reach the country because potential threats are always there. If neglected, they will become a reality,” Zolfaghari added.

He then warned that “Even in calm conditions, we should be more careful. Otherwise, there may be problems [which endanger] the [regime’s] security.”

The only threat which threatens the regime’s hold on power is people’s uprisings, like the one in 2018 and November 2019, which rattled the regime’s foundations.

“The incidents [protests] in January 2018 had many reasons. The [opposition] had claimed the [regime] would not celebrate its 40th anniversary. One of [their] projects was to organize strikes, then protests, and then riots. The November 2019’s incidents, in terms of security, system’s socio-security, in terms of the type of incidents, the type of damage inflicted, and the violence that some of the rioters had, was the most tragic incident that happened to the system,” he added, referring to the role of the organized opposition.

Fearing Iran’s explosive society and possible protests which could spark due to the regime’s sham presidential elections, Zolfaghari said: “for the [sham] presidential election of [the Persian Year of] 1400, we will form Election Security Headquarters to ensure the security of polling stations, routes, and cities.”

On March 24, the regime’s Judiciary Chief, Ebrahim Raisi, tried to intimidate the public. No insecurity in society is tolerable; the police and security officials should let disruptors act,” he said according to the state-run TV. Raisi is one of the main perpetrators of the 1988 massacre of 30,000 political prisoners.

According to the state-run Fars News agency on March 21, “Coinciding with the last day of [Persian New Year of] 1399, the Tehran Police held a military maneuver on Saturday morning, March 21, 2021. This maneuver was held in the presence of the State Security Force Commander, Tehran Police Chief, and Tehran Governor Anoushirvan Mohseni Bandapi in Azadi Square. Greater Tehran police forces demonstrated their capabilities in Azadi Square.”

But these oppressive measures no longer intimidate the public. “The clear lesson from Chaharshanbe Suri [Persian Fire Festival]: The [regime] is like a wood saw. If we want to saw iron with this wood saw, not only will it be unable to saw the iron, but all the ribs of this wood saw will be damaged. As is the case with the existing power,” said Abbas Abdi, one of the regime’s officials, on March 17.