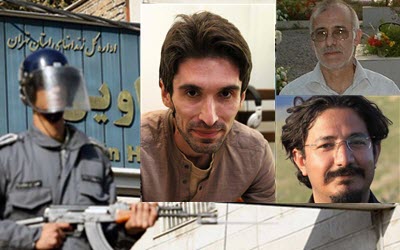 On Thursday, August 4, prisoners in Ward 8 of Tehran’s notorious Evin Prison delivered a speech on the brutality of the executioners and the false charges levied against those executed.

They accused the mullahs’ regime of carrying out these executions in secret because of a fear of the national outrage that it would incur.

The protesting prisoners were Ali Moezzi, Amir Amirgholi, Arash Sadeghi, Ahmad Asgari and Behnam Moosivand. They demanded an end to the death penalty before taking a minute of silence to remember those murdered by the regime.