Iran regime tries to justify the execution of young people 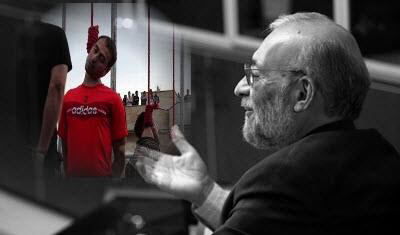 NCRI – A notorious torture expert and official of the mullahs’ regime has attempted to justify the executions in Iran of young adults, who were under 18 when they were charged.

On August 4, Mohammad-Javad Larijani, who in a bizarre twist is the secretary of the Iranian regime’s so-called Human Rights Council, told the regime-affiliated Tasnim News Agency that minors are not executed until they have reached the age of 18.

Indeed, he blamed Western criticism for bringing this to media attention and suggested that the United Nations take the mullahs’ so-called ‘Islamic laws’ into account when addressing the rights of children in legal cases. He attacked the UN Special Rapporteur on the human rights situation in Iran for exposing the regime’s brutal intimidation tactics and bloody history of human rights abuses.

He said: “Ahmed Shaheed was the least successful choice in case of discussing our human rights. We have never authorized his position and we will not also accept the newly elected person for this position.”

Amnesty International has corroborated Shaheed’s reports, underscoring in its annual report that Iran has the highest number of executions per capita the world over.