NCRI – A group of Anglo-Iranians are on the third day of a hunger strike in London to raise attention to the horrific mass executions that are taking place in Iran by the mullahs’ regime. Their three-day hunger strike, which began on Saturday, coincides with the anniversary of the 1988 massacre of political prisoners in Iran.

On Sunday, August 7, 2016, a large number of Anglo-Iranians and their British supporters joined the hunger strikers at a rally opposite Downing Street condemning the mass execution of Sunni political prisoners in Iran last week.

A human rights exhibition was put up and symbolic mock executions were held to show the brutal realities facing political prisoners in Iran.

The Iranian authorities have mass executed scores of people in the past few days, and over 2500 people have been hanged during the presidency of Hassan Rouhani.

The hunger strikers and protesters are urging the UK government to categorically condemn the incessant cruel hangings that are taking place unabatedly in Iran and act with its Western allies to press for an immediate halt to the executions and torture in Iran. They also called on the UN Human Rights Council and the UN Security Council to refer the human rights dossier of the mullahs’ regime to the International Criminal Court for the prosecution of its leaders including the Supreme Leader Ali Khamenei and President Hassan Rouhani.

The rally will continue on Monday at 3pm opposite Downing Street. 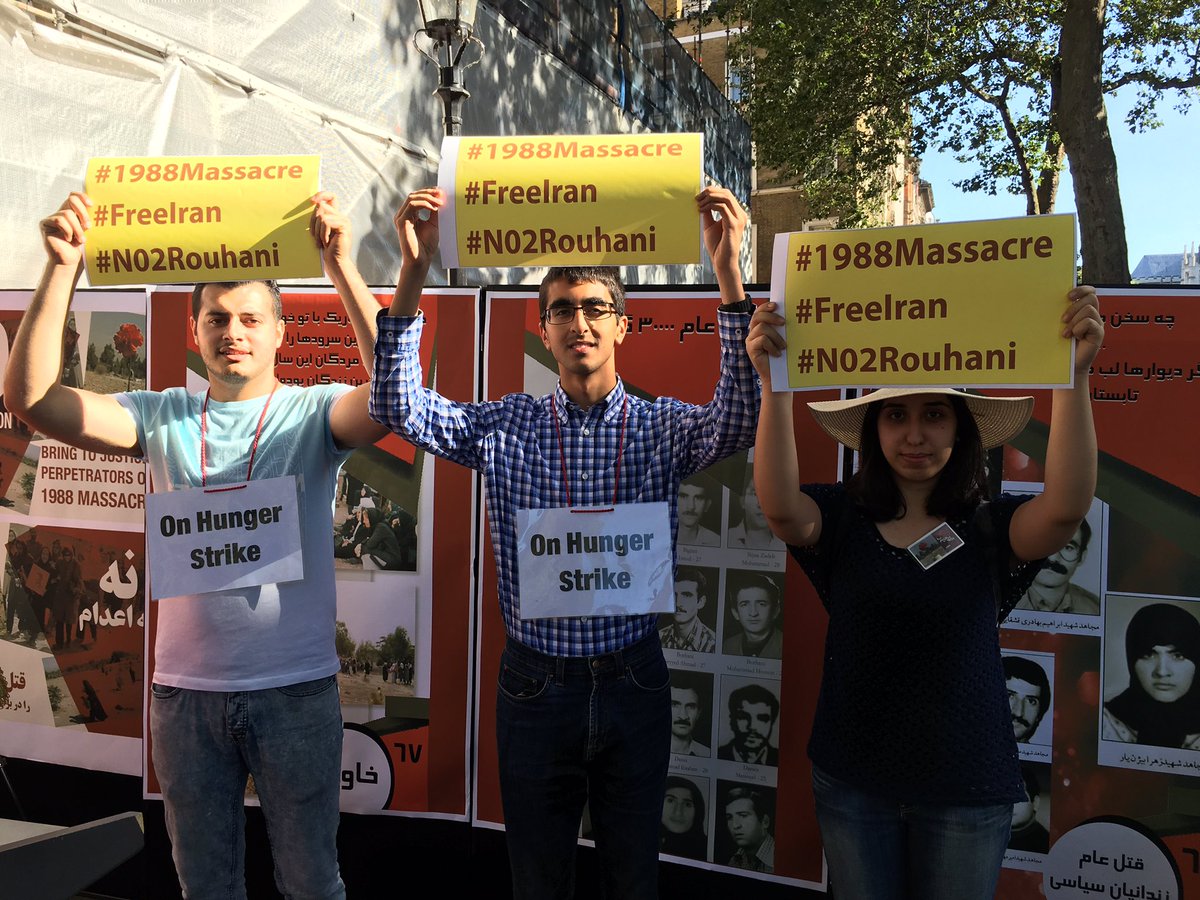 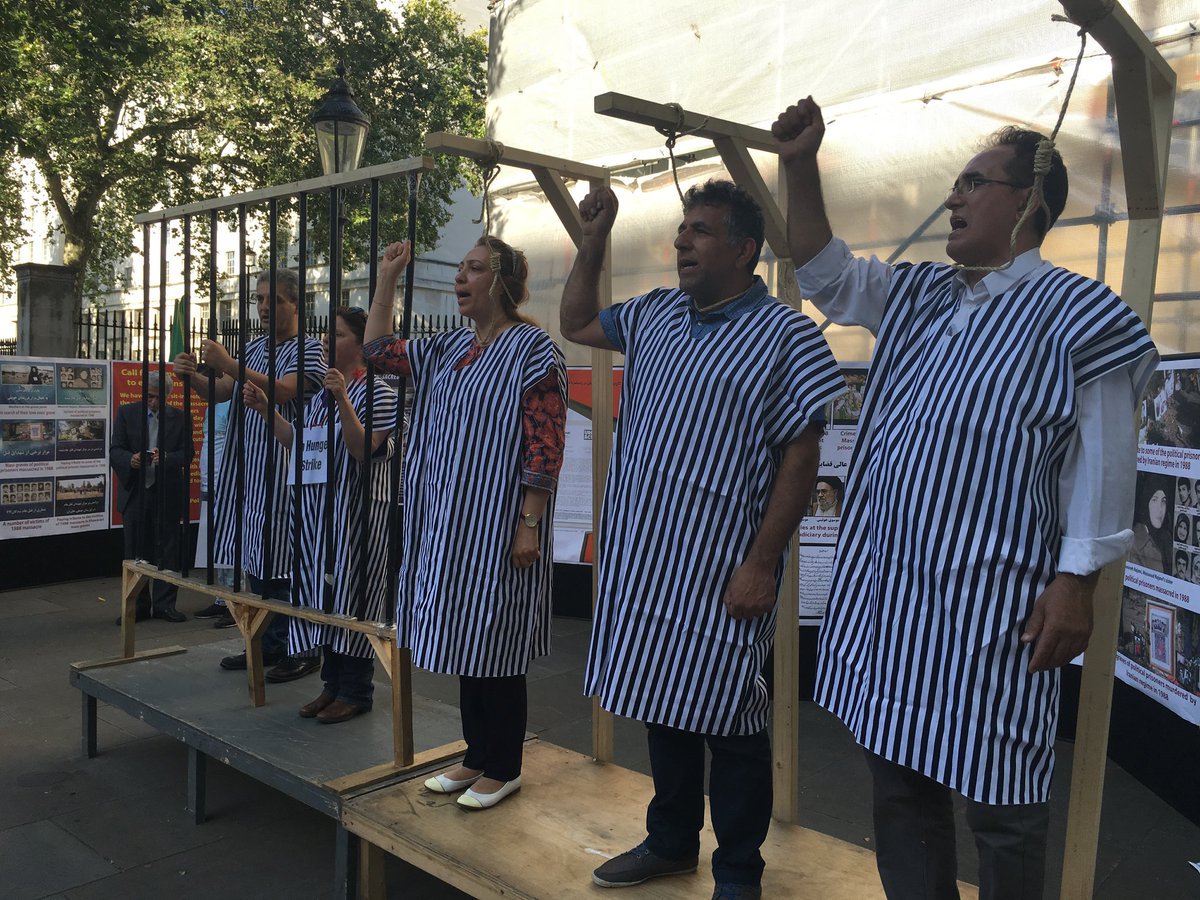 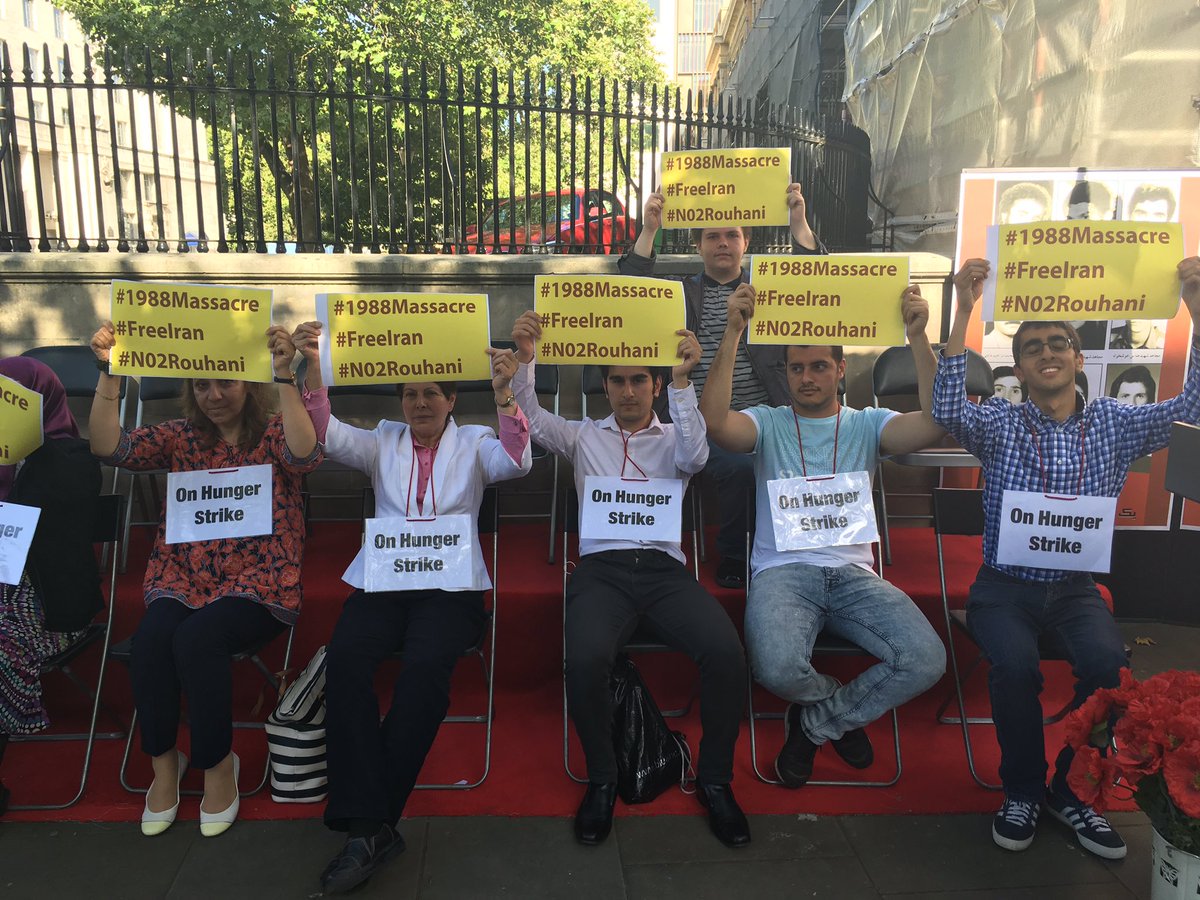 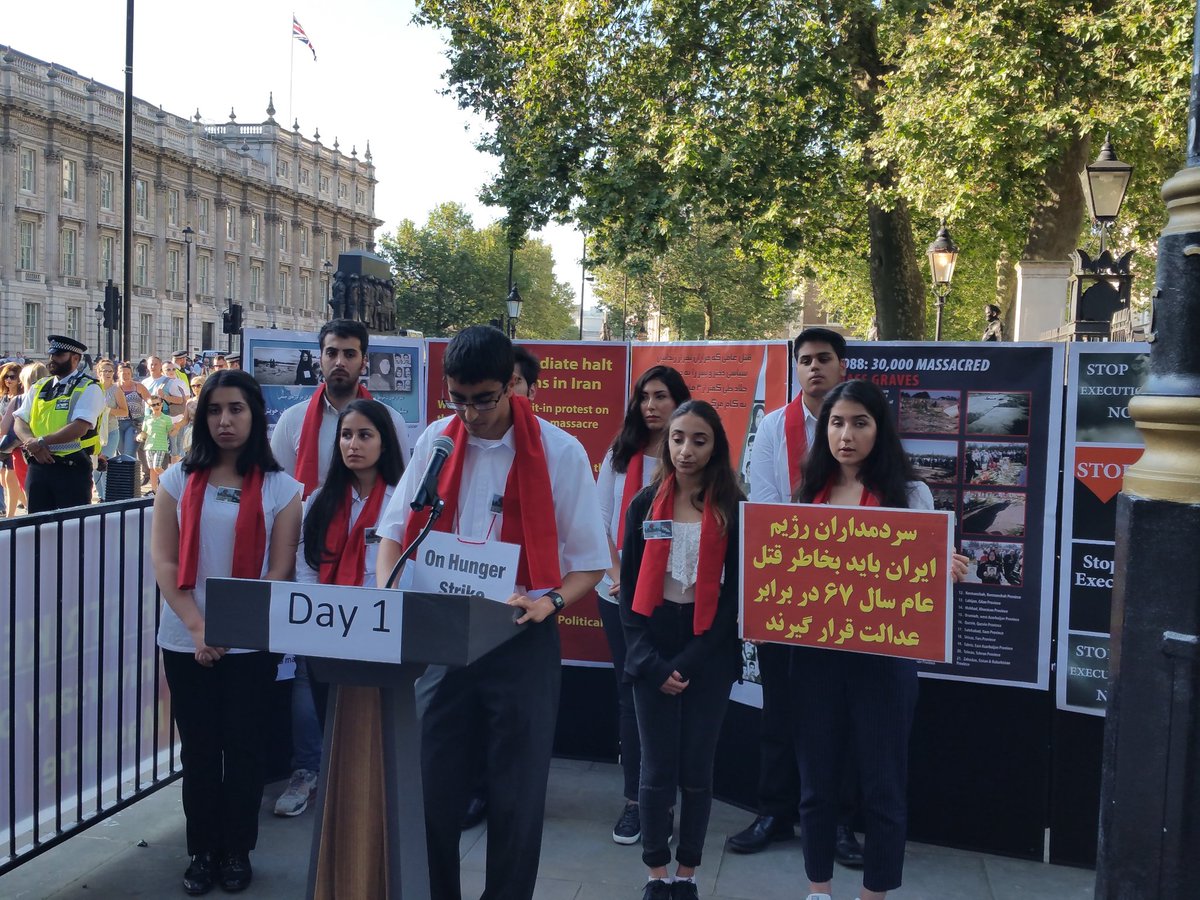 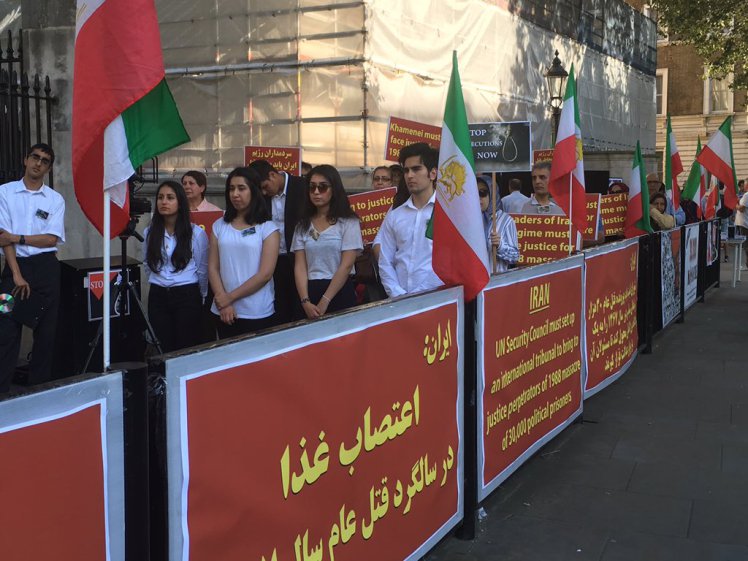 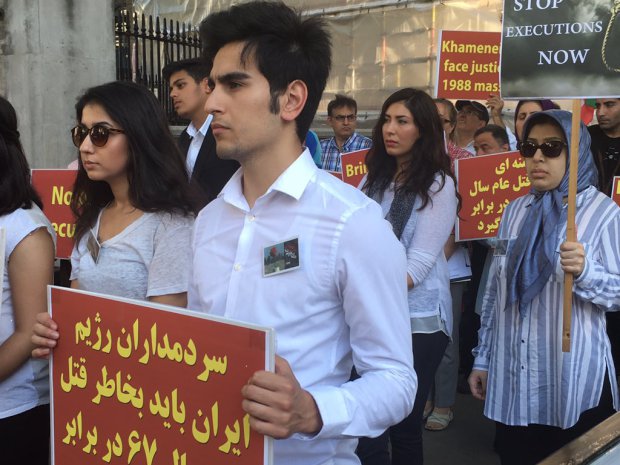