Iran: The End of the Mullahs 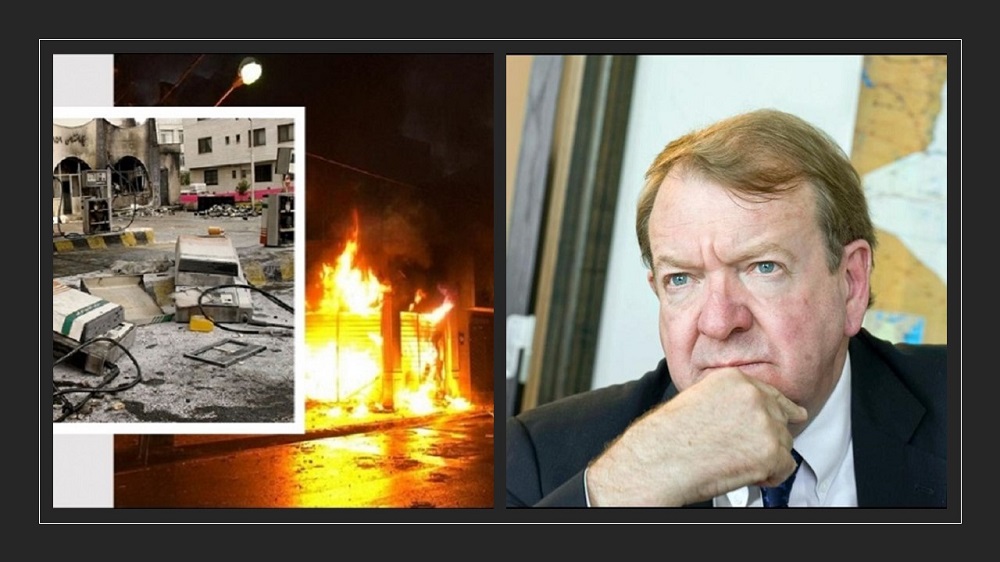 The
Barbaric regime’s officials told the family of the 14 year old girl they killed that since she was a kid, they would not ask for the cost of bullets. Support ppl’s struggle to ! by the Regime’s Interior Minister

Had the West openly declared their support for the Hungarian uprising in 1956, Khrushchev would have thought twice about sending in Soviet troops to crush the revolution. But typically, the West sat on its hands. The West’s betrayal left the people of Hungary to face another 35 years of Soviet oppression. We must not repeat that historic blunder.

The UN, EU and all Western nations must condemn the violence and savagery of the Iranian regime. The West must make it known that we stand shoulder to shoulder with the protesters in Iran demanding regime change. There must be no impunity. Supreme Leader Khamenei, President Rouhani and all of their thuggish IRGC commanders must be held to account. They must be indicted for crimes against humanity and face justice in the international courts. There is a government-in-exile waiting to restore peace, democracy, and stability to Iran, led by Mrs. Maryam Rajavi, president-elect of the National Council of Resistance of Iran (NCRI). With the imminent demise of the mullahs, the Iranian people can look to a bright future where oppression is ended and human rights and women’s rights are restored, in a country that abolishes the death penalty and ends the threat of nuclear proliferation and Middle East domination.