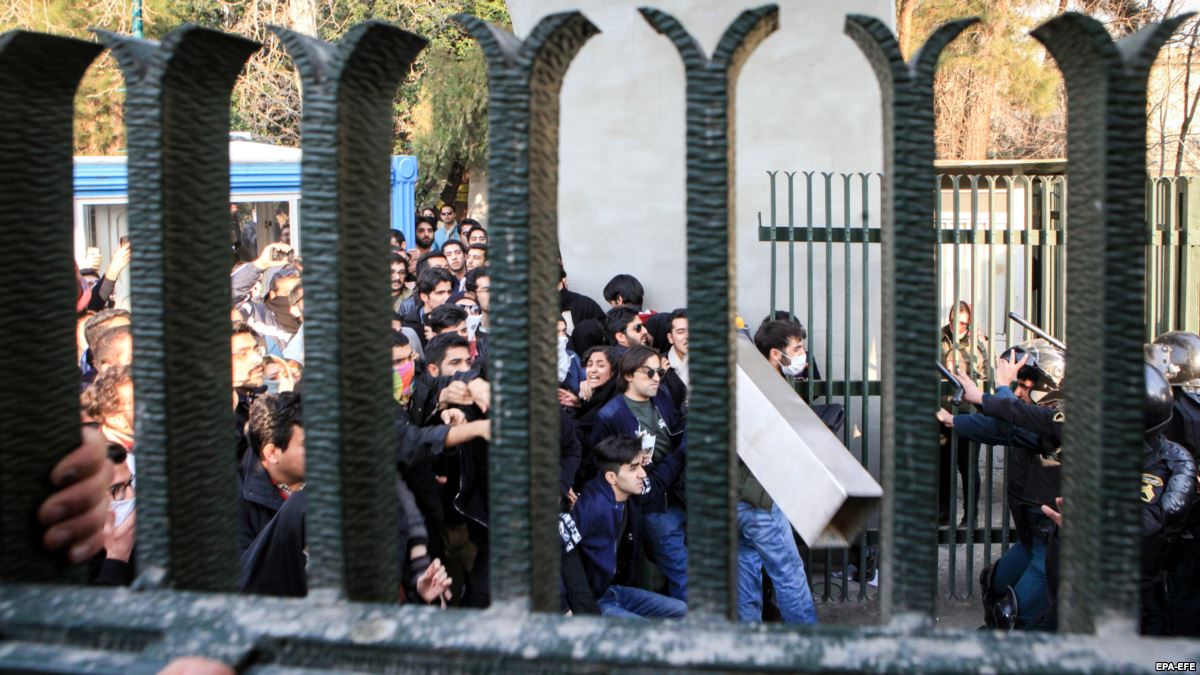 NCRI – Iranian university students have stood up for their imprisoned peers by denouncing the Regime’s crackdown on students during the current protests in an official statement.

The University Trade Unions Council of Iran (UTUCI) explained that the Regime is very “fearful” over the current protests and using it as an excuse to pressurise students, trade union activists, and others in the groups most likely to be protesting.

The Regime even ‘pre-emptively’ arrested many students who hadn’t taken part in the protests.

The statement read: “Randomly detaining students showed how scared the authorities are of an independent entity that voices student demands and represents the poorer strata of society.”

They insisted that they have always limited their actions to students’ rights- which the Regime has ignored- but would not “stand idly by” while their peers were imprisoned and facing trials for protesting peacefully or not protesting at all.

They want the students freed unconditionally.

It was signed by 35 student councils from across Iran before being published on the UTUCI’s Telegram channel. While over 1,500 students of the Tehran University of Medical Sciences signed a statement condemning the detentions.

Many of the families of those detained are also not being told where their loved one is, what charges they are being held on, or if they are okay. One such family member is veteran journalist Mohammad Aghazadeh, who reportedly suffered a heart attack following unsuccessful attempts to find his son, Soheil.

Fatemeh Saeidi, the member of the Regime’s parliament for Tehran, has claimed between 25 and 30 university students and four schoolchildren remain behind bars across Iran but student rights activist believe the number to be much higher.
The Regime has a tendency to downplay events that make them look bad, so it is likely that many more are imprisoned. Saeidi had also previously told the state-run Khabar Online website that nearly 120 students were detained, including some detained as a preventative measure.

Many legal experts and human rights advocates, have criticised the Regime’s imprisonment of students who weren’t even involved in the protests, stating that no Iranian law allows authorities to detain someone on the suspicion that they might commit a crime.

They see this as an attempt to attack student rights activists, rather than a genuine attempt at law and order. It is also worth noting that even those protesting should not have been arrested, as it is an attack on their freedom of speech.

The protest began in December over rising food costs and quickly became a wide-ranging anti-regime protest that is now well into its third week.