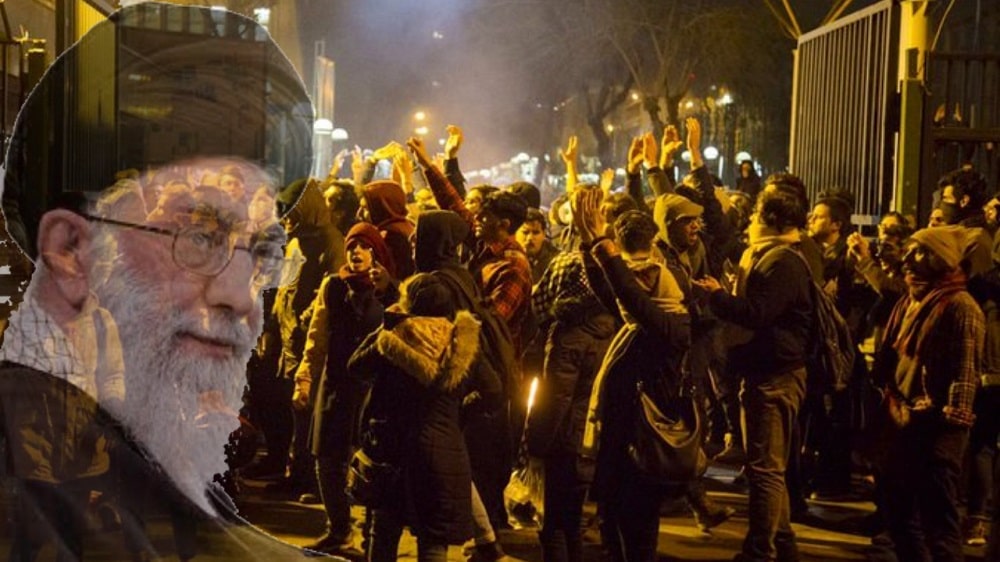 After 18 consecutive days of nationwide protests in Iran, the regime’s supreme leader, Ali Khamenei, broke his silence, only to voice support for his security forces and their oppressive measures in a bid to boost their morale. His remarks only laid bare the regime’s weakness. But why?

Despite the regime’s efforts to quash the unprecedented yet increasing unrest across Iran, brave Iranian youth and women have relentlessly continued their protests while clashing with the armed forces.

Protests sparked in Iran following the tragic murder of Mahsa Amini by the so-called “morality police.” People poured into the streets within hours of her death, targeting Khamenei and his entire regime in their slogans.

Yet, Khamenei blatantly shed crocodile tears for Mahsa, whom his thugs murdered for having a wisp of hair protruding from her headscarf. If true, why do the state security forces continue with their killing spree?  According to the information tallied by the Iranian opposition, over 400 protesters have been killed so far, and roughly 20,000 arrested.

Meanwhile, as the regime’s top authority, Khamenei has repeatedly promoted misogyny.  In July 2022, he defended mandatory hijab and considered housing and childbearing as women’s main tasks.

In response, Iranian women showed their defiance by acting as the trailblazers of people’s struggle for freedom. They have been playing a leading role in recent protests.

But as Khamenei acknowledged, Mahsa’s death, although tragic, only sparked Iran’s volatile society. Deep resentments and anger have been building for decades due to the country’s economic crunch, systematic corruption, political repression, and social restrictions.

As always, Khamenei tried to paint Iranian protesters as elements of “global arrogance” in a bid to limit the role of the Iranian Resistance and the national demand for regime change. Yet, he could not hold himself from slandering the organized opposition, the Mujahedin-e Khalq (MEK), by referring to the “organized nature of these riots.”

“This was an organized riot. The judiciary should prosecute those who participated in these riots according to their share in damaging the security,” Khamenei said while desperately showing his teeth as protests continue to spread despite the regime’s crackdown.

Before Khamenei, his representatives in different cities and other regime officials echoed Khamenei’s utter fear of the MEK and its “Resistance Units” role in the current uprising. The Friday prayer sermons are riddled with anti-MEK rhetoric, and the gang of hoodlums posing as lawmakers at the regime’s parliament staged a protest chanting slogans against the organization.

“The sworn enemies of Islam, such as the western media outlets and the MEK, are spreading lies,” the regime’s president Ebrahim Raisi claimed on September 23 at a press conference in New York.

Khamenei’s remarks, coupled with the ongoing protests in Iran and the role of the Iranian opposition, only laid bare the regime’s weakness and vulnerability. He ordered the regime’s oppressive apparatus to increase violence in dealing with Iranian protesters.

Iranian people have proven in recent days that they will not back down from their righteous demand for democracy and continue confronting the regime’s forces against all odds. Now the ball is in the court of the world community to go beyond its condemnation of state violence against unarmed Iranians. The international community should indeed recognize the Iranian people’s right to self-defense and resistance. Anything shorter would allow the ruling theocracy to continue with its killing spree.

The special feature of this era is that regardless of the fact that the regime in #Iran abandons or keeps its nuclear program, it will face an outbreak of uprisings where the PMOI/MEK and its Resistance Units will play their leading role.#MEKResistanceUnits pic.twitter.com/UXOrJWszc4

Previous article
Iran News in Brief – October 4, 2022
Next article
Iran: Demonstrations and Clashes Between People and Suppressive Forces Continued on the 18th Night of the People’s Nationwide Uprising