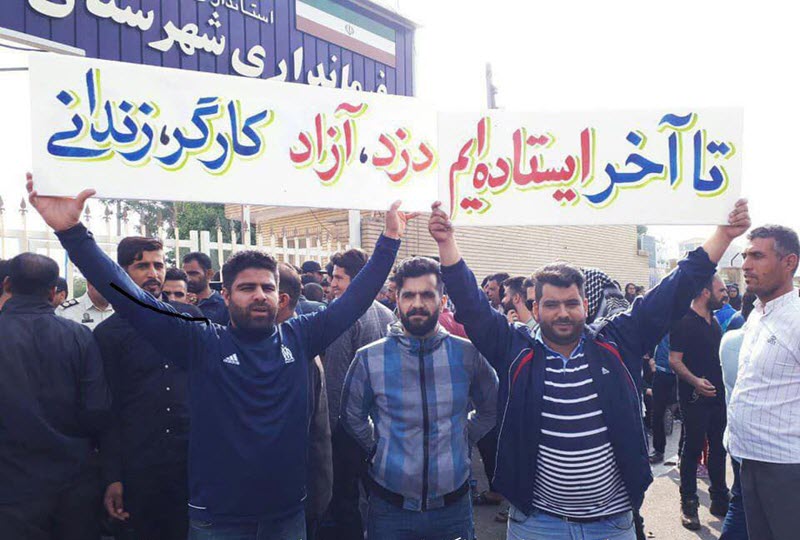 These days, various crises can be witnessed across Iran. Crises that may not appear as serious individually but add up to a rather alarming picture when put together. Crises that inevitably call for a transformation as big as a revolution! Crises that come in different shapes, such as poverty and unemployment, and add more fuel to regime’s fire.

Let’s take a look at some of these crises

Issues like that of Khuzestan workers and other similar cases are slowly coming to light across Iran, such as Azerbaijan as well as the Central region.

Isfahan’s agriculture has turned into an undeniable disaster which has caused very unpleasant interactions between the Police Force and farmers.

Many personnel of public sectors, including retirees as well as current ones, are fed up with the regime’s antics, as evident in their ongoing protests to the parliament.

Many hospital employees have continuously voiced their frustration with the privatisation of hospitals, by rallying in the streets. Privatisation is one of the main issues that has impacted the South as well as the Centre (like Zanjan and so forth), and subsequently, has brought the government’s economy to a very dead end.

After one whole year of living in tents, many earthquake victims are still suffering from the damages of ongoing earthquakes and continue to live in the very same tents.

Many people have also had their funds stolen by the financial institutes that affiliate with Revolutionary Guards. Their belongings have not just been stolen, but also spent on terrorist groups like Lebanon’s Hezbollah, Iraq’s Badr Forces, Yemen’s Houthis, and Assad’s Forces!

Numerous teachers, drivers and road workers are also fighting the regime for their most basic human rights such as the unpaid incomes of their own hard work!

What brings more attention to these crises is the fact that more than 13 million Iranians are in the working poor class now; if each is a part of a 4-membered family, there’d be around 42 million people currently struggling with poverty.

According to even the most optimistic assessments of state experts, poverty line stands at more than 5 million Toman, but the income of many workers was as low as just 1 million and 114 thousand Toman a month (in 2018) and that’s only for permanent workers. Contract workers, which comprise the majority of workers (i.e., 96% to be exact) get paid even less!

These issues are worsening by the day; so much so that the regime’s own officials are also turning against each other!

According to some news that came out on Tuesday 27th November, few parliamentarians have asked for the interpellation of the Parliament’s speaker himself, i.e., Ali Larijani!

It’s very clear that the regime is speedily reaching the end of its corrupt governance, and it’s also evident that its subversion is the only way Iranians can overcome all their challenges.

Things that we hear from all protestors these days are almost identical, indicating that the forced connection between Iranian people and their inhumane government is soon coming to an end, and a great transformation is well on its way!

Previous articleIran: The Joint Comprehensive Plan of Action Is Currently “in Coma”
Next articleIranian Students Protest Ahead of Student Day