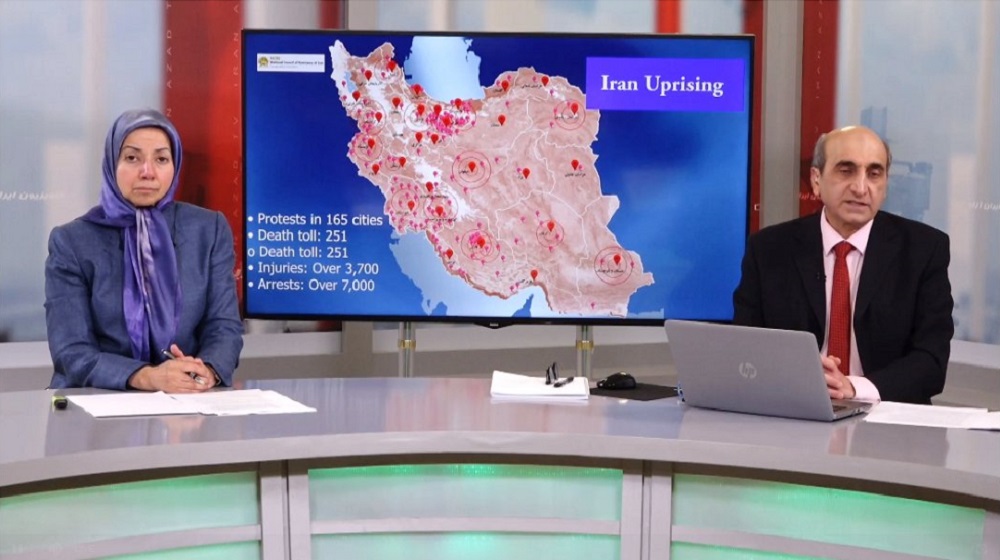 On Friday, November 22, 2019, Ms. Dowlat Nowrouzi, the Representative in the UK for sources Reported:
– occurred in 148cities.
-At least 251 have been killed. The MEK has identified 85 victims. Most were shot in the head and the chest by snipers. Some as young as 13 are among them.
-3,700 have been wounded.
-7,000 have been arrested. began on Nov15 &spread with stunning speed. The regime engaged in a bloody suppression and completely blocked the on Nov17 to prevent the news on the scale of the and the scope of its brutal crackdown. Conf.
Dowlat Nowruzi:There is no legitimacy in dealing with this regime any longer. We call on the Intl community for decisiveness and to impose maximum sanctions on the criminal regime. Also to & , in addition to is the best indication that the must definitely change,this very counterproductive policy of appeasement with the most brutal repressive regime.They should be inline with ppl’s demands4