Protest in central Iran over lack of drinking water 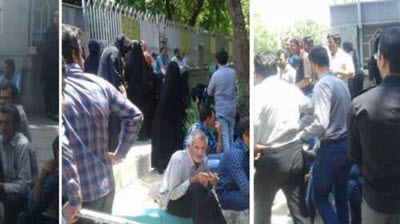 NCRI – Residents of a village, south of the central Iranian city of Isfahan, held a protest on Monday, July 25, to denounce the lack of water being provided to the village’s deprived population.

The protesters, who gathered in central Isfahan outside the office of the provincial governor, said they have not had access to drinkable water for the past 11 days.

They were from the village of Jarqouyeh-Olia, near the town of Mobarakeh.

Criticizing the regime’s economic policies and distribution of utilities, they said that the village’s well is unhygienic.