Protest in Iran seaport after death of girl 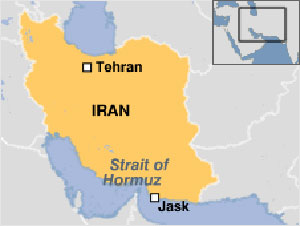 NCRI – A group of residents of the seaport of Jask, south-eastern Iran, on Wednesday demonstrated outside the Municipality Office.

The protest took place in response to the death of a 9-year-old girl at the town hospital. The protesters said the girl had died due to lack of medical facilities at the hospital.

Residents were already distraught following the recent death of a pregnant woman due to lack of medical facilities in Jask Hospital.

Locals are also angry at officials of the regime over the demolition of an ancient local castle that belonged to the Persian Empire of the Sassanid era.

This castle is called “Castle of Kouh Mobarak” and belongs to the Sassanid Empire (Sasanian Empire) that ruled Iran from 224 to 651 AD.