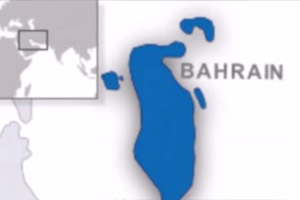 Bahrain’s Interior Ministry said it has seized 1.5 tons of high-grade explosives and arrested a number of suspects linked to the Iranian regime’s Revolutionary Guards after it raided a warehouse in a residential district.

A statement by the ministry on Wednesday said they have uncovered “a sophisticated bomb-manufacturing facility that contained in excess of 1.5 tons of high-grade explosives, including C4-RDX, TNT, and other powerful chemical explosives in a counter-terrorism operation at a warehouse in the Nuwaidrat residential district.”

Authorities said they have arrested a number of individuals suspected of being responsible for assembling and concealing explosives on suspicion of having “terror” links with the regime in Iran and the Iraq-based militant group Hezbollah, Al Arabiya News reported.

Chief of Police Major-General Tariq Al Hasan said: “This significant discovery marks yet another disturbing incident in which relentless Iranian actions are attempting to undermine security and stability within Bahrain and the wider region,” as quoted by the Bahraini state news agency.

“The sophistication of terrorist-related incidents in Bahrain have increased markedly during 2015, and the professionalism with which these materials are manufactured, concealed, and deployed is a clear indication of international support and sponsorship.”

It said they were connected, funded and trained by the Iranian regime’s Revolutionary Guard and a militant group “Hezbollah Brigades” in Iraq.