State-Run Media: Iran on the Verge of a Revolution 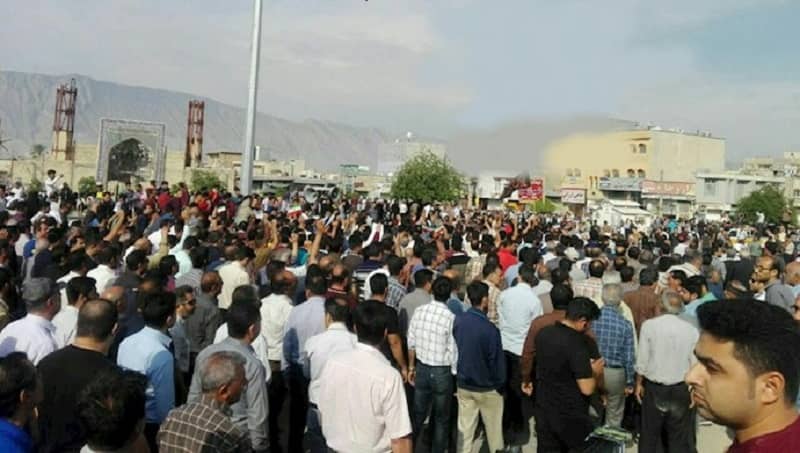 Iran’s economic and social crises have increased social hatred toward the regime. Iran’s state-run media and regime officials admit these crises are due to the regime’s malign schemes and corruption and warn about people’s backlash.

“Until the last month of last year, inflation was rising. The shock therapy of the economy, which started from the beginning of 2018 until the last month of 2020, has accelerated rapidly and has drastically increased the minimum cost of living,” wrote the state-run ILNA News Agency on April 16.

While many Iranians are grappling with poverty, regime officials and managers receive astronomical wages. “Organizational managers such as Social Security, which are in fact organizations owned by workers and must be paid at the level of workers’ wages, have astronomical salaries of tens of millions of Tomans,” ILNA wrote in this regard.

Iranian workers receive an average salary of 2.6 million Tomans or $107 with the current exchange rate at the free market. “The salaries of [regime officials] increases yearly. When someone’s ‘official’ salary is 20 to 30 million Tomans [above $1,000], they do not have to worry about more expensive taxi rates or poultry prices. But workers have to always calculate the difference between their salaries, the inflation, and skyrocketing prices,” ILNA added. But how much are people suffering from sanctions?

“The mismanagement and inefficiencies have more share in economic failure than sanctions,” wrote the state-run Mashreq News on April 16, quoting Alireza Afshar, the first commander of the Basij and the head of the Soft War Institute of the Higher National Defense University.

Iranian people know the regime is behind all these crises. Therefore, during the daily protests across Iran, they chant, “Our tables are empty, enough with oppression,” and “Our enemy is here, they lie it is the U.S.”

State-run media also underline that after the regime’s 40 years of oppression, now all Iranians are against the ruling theocracy. “To make the long story short, we are facing society with a lot of crises and unresolved issues. The ruling institutions, due to their rampant corruption and its resulted inefficiencies plus reducing the necessary resources to relief society have created this situation,” wrote the state-run Jahan-e Sanat on April 16.

Jahan-e Sanat then underlines that “no one in Iran is satisfied” with the regime, undermining people’s hatred toward religious fascism. In other words, Iranian society is on the verge of an explosion. “Our country is filled with dissatisfaction. They should be resolved, if not, they will condense, and there will be consequences for us,” said Hamid Reza Jalaie-Pour, a senior commander of the Revolutionary Guards (IRGC), on April 16.

Jalaie-Pour underlined that the forthcoming uprising would be much larger than the ones in 2018 and 2019. “We do not have a dialogue between the government and civil society. The consequences of revolutions are costly. This has created difficulties for the [regime] in terms of legitimacy, participation, and efficiency,” he said.

Referring to the regime’s rampant factional feuds amid domestic and international crises, Jalaie-Pour warned that “if the bipolarity of social relations wouldn’t end, we will be in a revolutionary situation, which is not good [for us].”

“How we could create this understanding in our political system; if they do not address people’s dissatisfactions and the system’s structural-behavioral shortcomings, there comes a time when there will be no trace of us all,” wrote the state-run Etemad daily on Saturday.