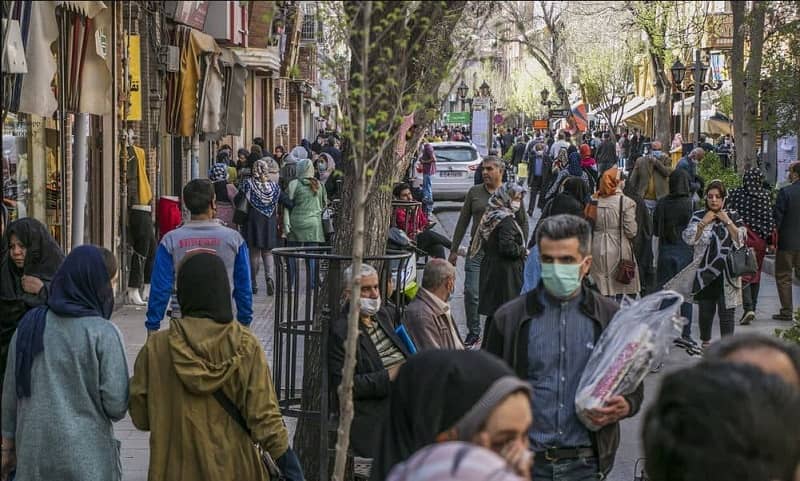 Another Sunday That Rattles the Ground Under the Regime’s Feet

Pensioners and teachers from Tehran, Ardabil, Isfahan, Ahvaz, Bandar Abbas, Behshahr, Dezful, Shush, Ghazvin, Mashhad, Karaj, Kerman, Kermanshah, and various provinces and cities flooded the streets today to protest against the regime and its local associates and to demand their rights.

They’re seen chanting: “We will not back down until we get our rights!”#IranProtestspic.twitter.com/RzBXGQay75

They’re seen chanting: “We will only get our rights by taking to the streets!”#IranProtestspic.twitter.com/nVLbGqldXy

They’re seen chanting: “We will no longer vote because we’ve heard too many lies!”#IranProtestspic.twitter.com/DZhSYwznOg

#IranProtests
Tehran—college-graduated teachers from various cities gathered in front of the Supreme Court protesting officials’ failure to meet their demands.
“Raise your voice teachers to take your rights” and “We do not succumb to oppress, we obtain our rights”—Protesters pic.twitter.com/QTLQZI9fA1

Chants:
“We’ve heard too many lies & not seen any justice!”
“Our country sits on wealth but pensioners are suffering!”#IranProtestspic.twitter.com/VgFWsYA38G

Apr. 18- Behshahr, N #Iran
Pensioners chant, “We won’t back down until we get our rights!” and “Our dinner tables are empty!” #IranProtests pic.twitter.com/WACha7fwbk

Apr. 18- Ahvaz, SW #Iran
Pensioners chant, “Yesterday’s soldiers are today’s hungry” meaning they were soldiers during the Iran-Iraq war but their current pensions are not even enough for food.
They get around 3mln tomans. Iran’s poverty line is 10mln tomans. #IranProtests pic.twitter.com/UIP2xRUyv1

#IranProtests
Hormozgan—retirees affiliated with the Social Security Organization rallied in front of the Org’s representation in Bandarabbas. They protested officials’ failure to meet their demands. pic.twitter.com/z41l0ILbK7

#IranProtests
Khuzestan—retirees of the Social Security Organization rallied in Shush, chanting:
–We haven’t seen justice, we no longer vote
–Government betrays, parliament supports it
–Promises are enough, our food baskets are empty
–We can obtain our rights just on the tarmac pic.twitter.com/Mw5nHNVc6M

#IranProtests
Razavi Khorasan—retirees of the Social Security Organization rallied in front of the org’s representation in Mashhad, chanting, “[Org CEO Mostafa] Salari, resign” and “Our salaries are paid based on rial while we should spend based on dollar.”
<246,500 rial=$1> pic.twitter.com/os08mduaVJ 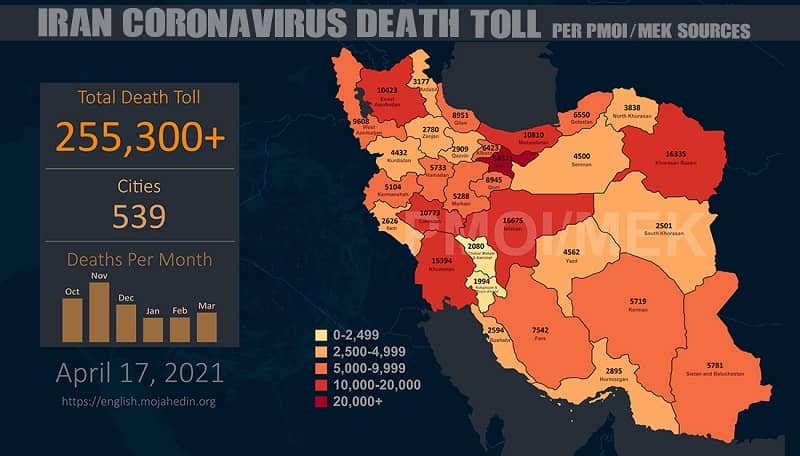 More than 255,300 people have died of the novel #coronavirus in 539 cities checkered across all of Iran's 31 provinces, according to the Iranian opposition PMOI/MEK.

More Protests in Iran by People From All Walks Of Life

As a trend continues across Iran more people from all walks of life are seen taking to the streets in various rallies and protests, demanding their rights from a regime that continues to push the nation into further poverty.

Iranians Hold 65 Protests in One Week To Express Economic Woes 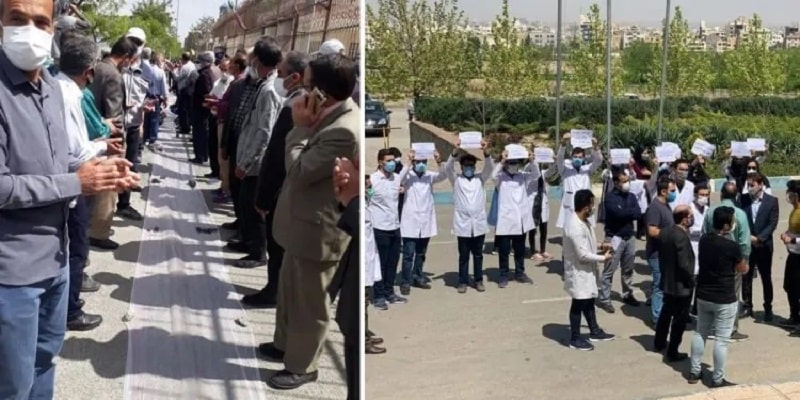 Iranians held at least 65 protests across Iran in the past week to express their economic grievances. Pensioners held two organized protests in cities across Iran on April 11 and 14 while stock market investors took to the streets four days this week.

84 Suicide Attempts Recorded in One Day in Capital Tehran 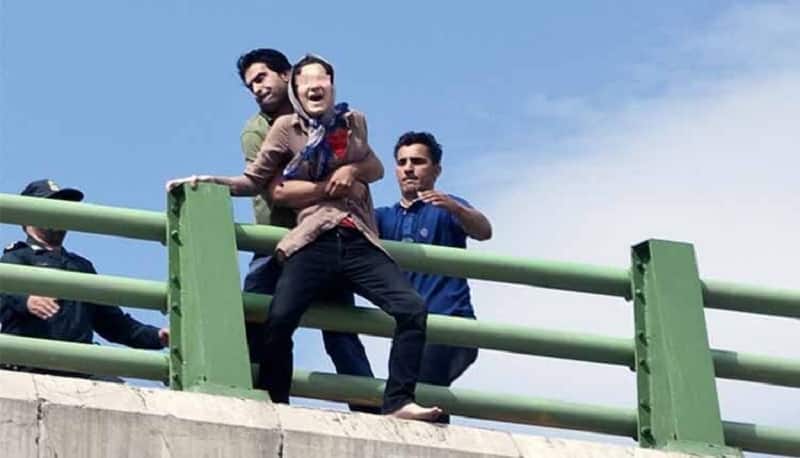 At least 84 people have attempted suicide in just one day in the Iranian capital, Tehran, according to the state-run Rokna news agency. From Thursday, April 15 to Friday, April 16, 84 suicide attempts have been registered in different parts of Tehran, of which 12 suicides resulted in death. 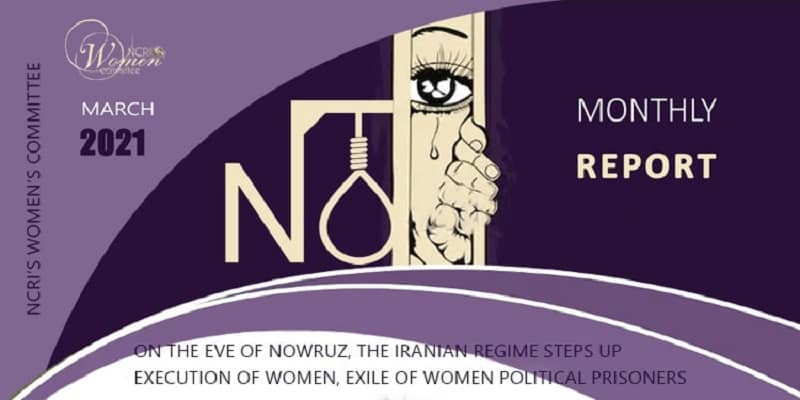 The Persian New Year, Nowruz, started on March 20, 2021. Nevertheless, on the eve of the New Year and in months when all Iranians were preparing to celebrate Nowruz, the clerical regime in Iran stepped up the execution of women and exile of women political prisoners. This inhuman measure in violation of the prisoners’ rights ruined the New Year celebrations for their families, too. 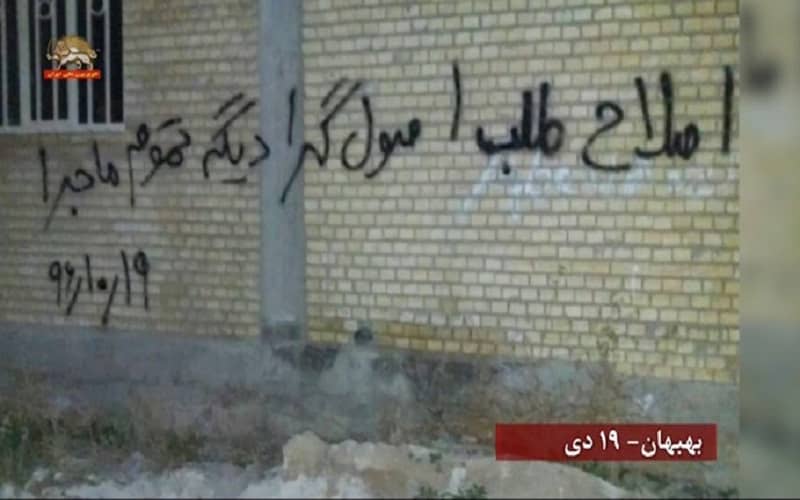 As the start of the presidential election in Iran approaches, some of the so-called reformists are acting mysteriously which of course is not an unexpected thing. These fake regime’s reformists have forgotten that they themselves once said, “Reforms are dead, and just because of the coronavirus we did not arrange a burial ceremony.”

Why Iran’s Khamenei is disappointed with the nuclear talks 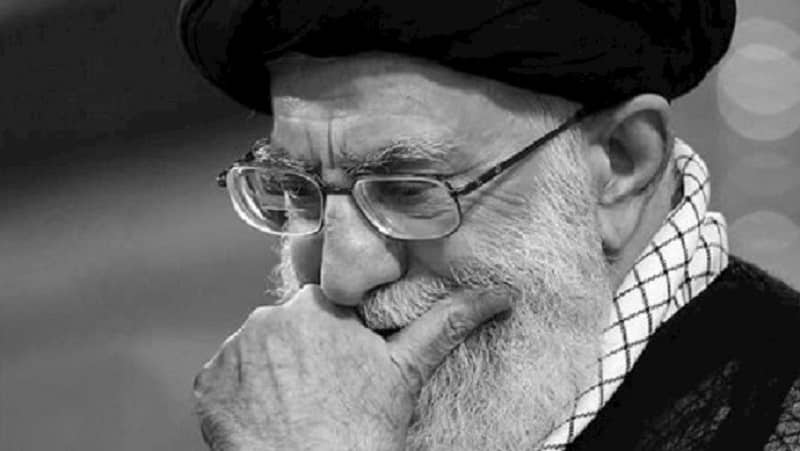 Iranian regime supreme leader Ali Khamenei is disappointed with the process of the new round of nuclear talks that started on April 6 in Vienna. While Khamenei announced to continue negotiations, he expressed his displeasure about the outcome.

Sanctioning of Iran IRGC Leaders at the Time of JCPOA Negotiations

The Iranian government has set all its power to have the upper hand in the negotiations around the 2015 Iran nuclear deal, known formally as the Joint Comprehensive Plan of Action (JCPOA). What they are expecting despite their arrogant position is just the revival of the 2015 JCPOA and receiving all the scores provided by the worst appeasement policy in that time by the world powers, analysts believe. 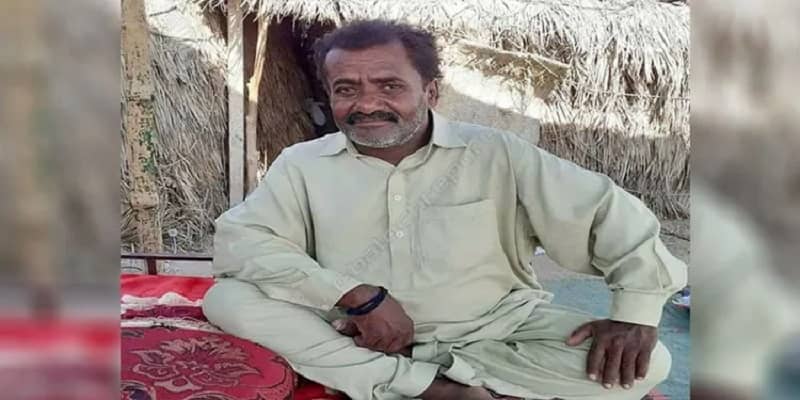 Previous articleIran: Coronavirus Fatalities In 539 Cities Surpass 255,300
Next articleState-Run Media: Iran on the Verge of a Revolution