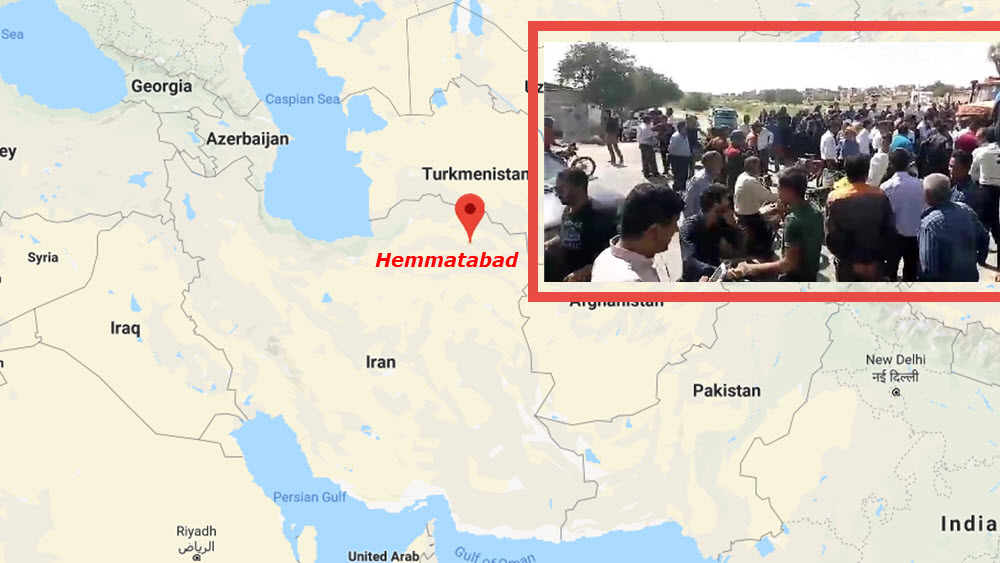 On Sunday, July 14, 2019, the residents of Hemat Abad, located in the suburbs of the 3rd district of Mashhad, northeast Iran, protested over the shortage of potable water and its low quality, which has led to damage in their purification systems and air conditioners. Protestors blocked the Siman Road.

Hemat Abad has 20,000 inhabitants and is situated northeastern Mashhad.

The nationwide uprising which rocked Iran all throughout 2018 was sparked by an anti-regime protest on December 27, 2017 in the city of Mashhad.

Iranian people have had to face many hardships in the past few years due to regime corruption and mismanagement. They have been suffering the consequences of the Iranian regime’s neglect of domestic issues in favor of conflicts and exploits abroad. The social services in the country are falling to pieces and more and more people are falling into the absolute poverty category.

A major problem that many Iranians are facing is something that people from all over the world take for granted every day – access to clean drinking water. Estimates indicate that more than three-quarters of the population – around 80 per cent to be more precise – will be affected.