What Do Iran Protesters Want? 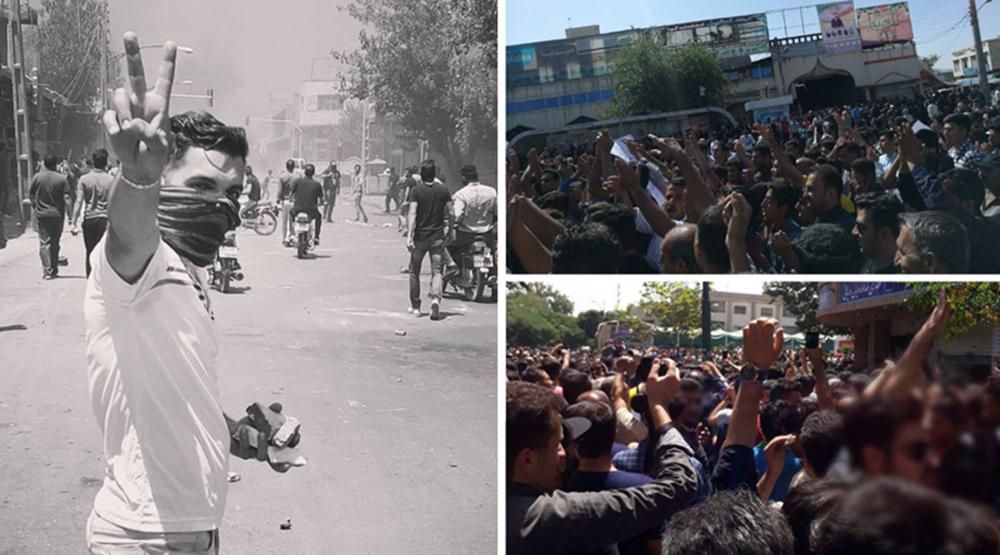 The past year has seen thousands of anti-regime protests, demonstrations, and strikes taking place all across Iran, prominently featuring people from every class, race, age, gender, profession, and religion. Their trigger issues were diverse – everything from unemployment to government mismanagement, environmental catastrophe to inflation, the Regime’s support of terror groups to human rights abuses – but they all noted that the mullahs were the root cause of all of Iran’s problems and thus regime change was needed.

They chanted “reformists, fundamentalists, the game is over”, but many of the mullahs questioned what that meant, seemingly unable to take the Iranian people at their word. The mullahs then began to arrest, torture, and kill protesters in an effort to quell the uprising. This had the opposite effect and made the Iranian people even more determined to overthrow their tyrants.

The Iranian Resistance has analysed the major protests that took place over the past 12 months and found that the Regime’s behaviour was the cause of each. There were 1,530 protest rallies, which works out at 130 per month or five per day.

The Resistance determined that there were four major uprisings that took place in Iran in the past year:

2. The June-July protests in southern Iranian cities over the water crisis

3. The June protests by merchants over the devaluation of the rial

4. The July general strike over the devaluation of the rial and rising living costs, which spread to 28 cities

There are two major factors behind the workers’ protests: lack of job security and wages far below the poverty line, but each sector had its own problems.

Truck drivers, who held 4,070 strikes last year, wanted to the companies to pay for insurance and maintenance of the trucks. Over 260 truck drivers were arrested and threatened with execution, but they still held five separate rounds of strikes.

Teachers, who held over 850 protest movements last year including three major nationwide strikes during September, October, November, and February, were demanding the release of teachers’ rights activists as well as salaries on par with other government workers.

Farmers, who held over 180 protest movements last year, were particularly concerned with water shortages affecting their ability to grow crops.

The Iranian Resistance wrote: “The reality is that beyond numbers, the above statistics reflect a society boiling from anger and discontent, which rejects the ruling regime in its entirety. A society that is aiming to achieve freedom and progress during this year. A society that is adamant to get rid of this tyranny and dictatorship. People, especially the youth in Iran, have shown that they are hopeful of a new and bright prospect for future and beyond the darkness and horror of religious fundamentalism, rises freedom and democracy.”