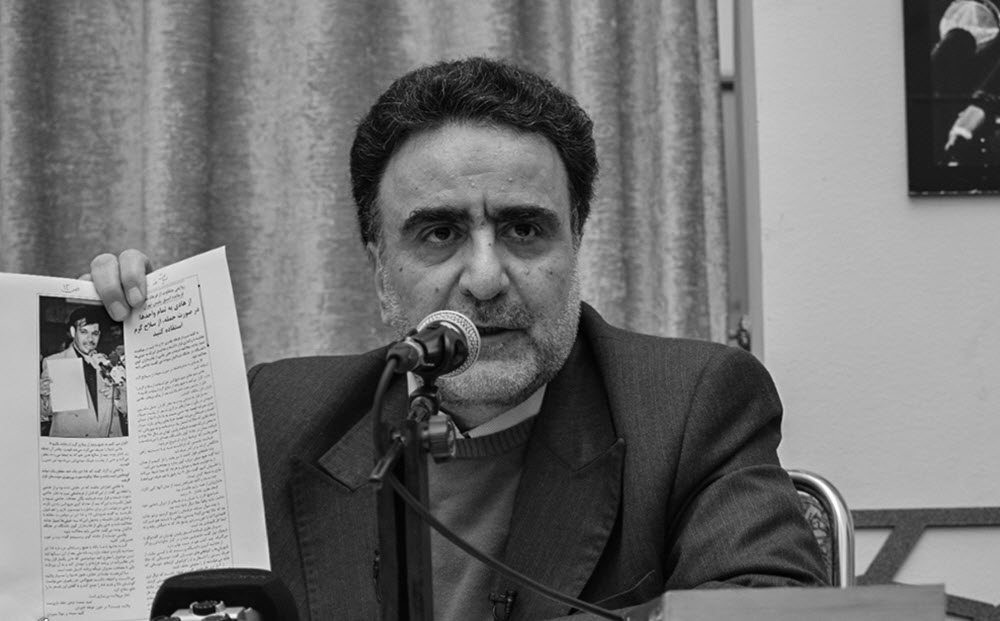 Mostafa Tajzadeh, a former deputy of the interior minister during the presidency of Mohammad Khatami

Written by Mahmoud Hakamian on 28 January 2019.

Crimes committed by the Iranian Regime have been exposed during a debate between former Iranian officials from rival factions broadcast on state-run media, where they were supposed to discuss matters of state and the Iranian Regime’s history.

Mostafa Tajzadeh, a former deputy of the interior minister during the presidency of Mohammad Khatami, who is linked to the so-called “reformist” camp, challenged former MP Alierza Zakani, who is known for his ties to the “principalist” faction, which is close to Iranian regime supreme leader Ali Khamenei, on two issues that have haunted the regime for years.

These were the serial assassinations, known as the chain murders, of Iranian dissidents and intellectuals in the 1990s, which Khamenei has previously blamed on “foreign enemies”, and the 1994 bombing of the Shrine of Imam Reza, one of the descendants of the Prophet Mohammed, in Mashhad, which the Regime blamed on the Iranian Resistance despite having no evidence. Following the bombing, the Regime rounded up some so-called Resistance members for arrest and broadcast forced confessions – likely extracted under torture – of people claiming to have been ordered to carry out the bombing by Resistance leaders. These confessions were false, as broadcast confessions made after being tortured are likely to be.

Tajzadeh said: “Regarding the chain murders, Mr Zakani, who has to be exposed? Who was opposed to keeping the issue silent and solving the issue in another way? They suggested to Mr Khatami to carry out a scheme just like in Mashhad, find two so-called [Resistance members] and say they did it. They wanted to extract confessions in ways that they know, and we would execute them.”

This shows that a recurring tactic of the Iranian Regime is to commit crimes against the Iranian people and blame them on the organised, democratic Resistance. It is a way to defame the Resistance domestically and internationally, so the Regime has used it many times in recent years.

Regime officials have claimed that the Resistance conducted missile attacks on their own bases in Iraq and Albania, where they were forced to flee to after attacks by the Regime became too severe, and carried out bombing plots on their own conferences in Europe in 2018, for which an Iranian diplomat has been arrested by European authorities. Regime founder and former Supreme Leader Ruhollah Khomeini even claimed that the Resistance set fire on the fields and crops of Iranian farmers.

This shows that the Regime knows that they should fear the Iranian Resistance, who will soon force the mullahs from power and bring democracy to Iran.