Perspectives for Change in Iran Discussed at U.S. Senate Gathering 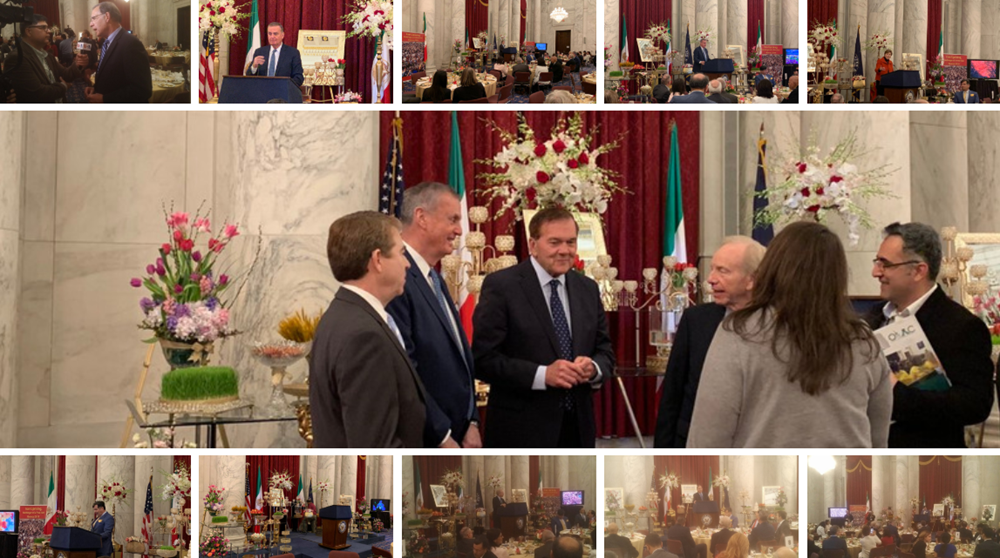 In a session held at the U.S. Senate John F. Kennedy Hall, senior U.S. senators from both parties, along with prominent political dignitaries and former American officials gathered to discuss human rights and democracy in Iran.

As Nowruz nears, the nature of Iran’s uprising that has continued for the past 15 months, the prospects of change in Iran, the necessity to provide bipartisan support for the Iranian opposition coalition National Council of Resistance of Iran (NCRI) and the ten-point plan presented by NCRI President Maryam Rajavi were the focus of the meeting. As well, various terrorist conspiracies and demonizing campaigns against the Iranian opposition group People's Mojahedin Organization of Iran (PMOI/MEK) were examined.

A member of the Foreign Affairs, Armed Forces and Budget committees, Senator Jeanne Shaheen, along with the head of the Subcommittee on Military Construction, Veterans Affairs, and Related Agencies, John Boozman, defended the objectives of the Iranian people regarding their struggle for freedom.

Former National Security Advisor, General James Jones, and Senator Joseph Lieberman, former U.S. vice presidential candidate, as well as Governor Tom Ridge, former U.S. Homeland Security Secretary, and Ambassador Lincoln Bloomfield, former director of the U.S. State Department Bureau of Political-Military Affairs, all participated in the gathering, and gave their support to Mrs. Rajavi’s Ten Point Plan. In their speeches the described the platform as a clear agenda for Iran’s future, and the NCRI as the democratic alternative to the regime.

Senator Shaheen congratulated the Iranian people on Nowruz, and emphasized support for the their struggle for a peaceful coexistence with other nations.

General James Jones talked about the regime’s warmongering, and described Tehran’s terrorist plots against the Iranian opposition. He also explained the importance of the Supreme Leader’s appointment of Ebrahim Raisi, who is known to have been a member of the “Death Commission”, as his new judiciary chief. Raisi played a leading role in the 1988 massacre of over 30,000 political prisoners, mostly PMOI/MEK members and supporters. General Jones also said that the protests are continuing in a very organized manner with a clear goal of liberating Iran. He also expressed his support for Mrs. Rajavi’s ten-point plan for the future of Iran.

According to Senator Joseph Lieberman, the regime in Iran is decaying and the Iranian people are courageous in their protests against the regime. He claimed that the U.S. sanctions helped spread the decay, and called for support for the NCRI. The prominent senator said that the NCRI, led by Mrs. Rajavi, is ready to replace the regime, and her ten-point plan is a platform that deserves support.

Ambassador Bloomfield related the way he got acquainted with the PMOI/MEK and called for anti-espionage investigations against the regime and its activities in the U.S.

Governor Ridge told the attendees why he supports the NCRI and PMOI/MEK, and highlighted the characteristics of the religious fascism ruling Iran. “We have decided to do whatever we can to publicly support Mrs. Rajavi and the NCRI,” he said — adding that change will come.