New Year Wishes From the President- Elect of the Iranian Resistance 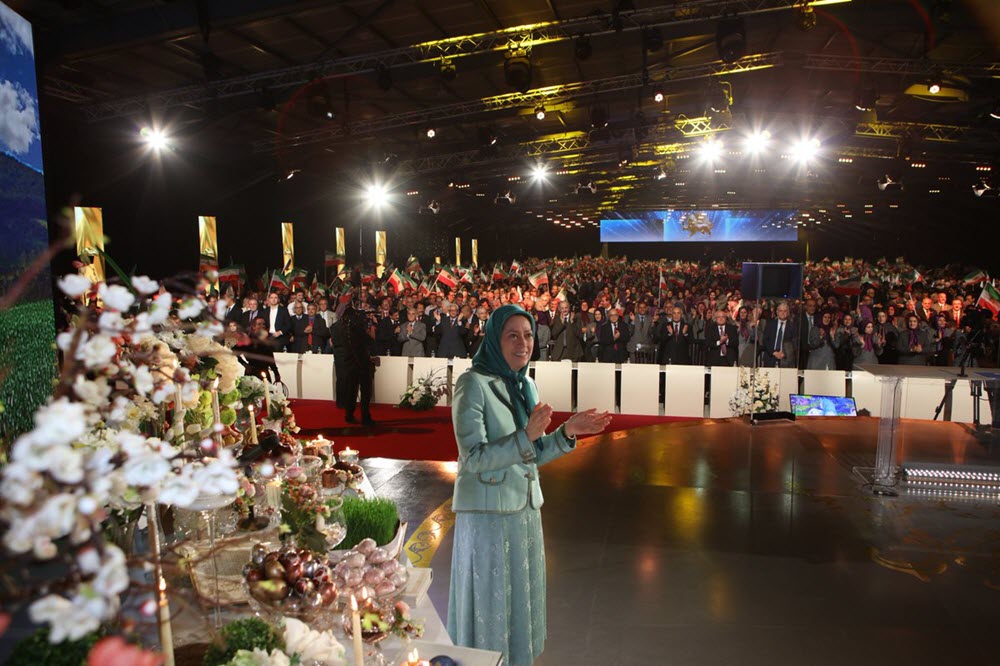 The president-elect of the National Council of Resistance of Iran (NCRI), Mrs. and to Iranian across the world on the advent of the Persian New Year 1398 pic.twitter.com/15dxDPPJij

Mrs. Rajavi also paid tribute to the many freedom fighters that have been executed in the most horrific of conditions, describing them as the heroes in this quest for liberty.

With regards to the upcoming year, Mrs. Rajavi expressed her hope, pointing out that the pillars of the regime have been shaken by the people. This year, she said, will be “the harbinger of storms and change” and the year when the regime will be overthrown.

The leader of the Resistance also spoke about the tangible signs of the regime’s failures and weaknesses, including the widespread protests and strikes, the nuclear deal (JCPOA), the loss of investments and trade opportunities with western companies, tough sanctions, the collapse of the economy and so on.

Mrs. Rajavi assured the people of Iran that the regime is not going to be able to find its way out of its situation because of the protests and nationwide uprisings that it will continue to face. Its downfall, she promises, is inevitable.

“The mullahs have no chance of survival. Throughout the past year, however, they were dreaming of finding a way out by annihilating the Mojahedin and the Iranian Resistance. So, they concentrated the core of their efforts on terrorism and demonization targeting the Mojahedin. But they failed.”

She reminded the people that they are worthy of everything they are fighting for and that they will be the catalyst for great change. “The people of Iran deserve such a country and they will write and create such a destiny with their own hands.”