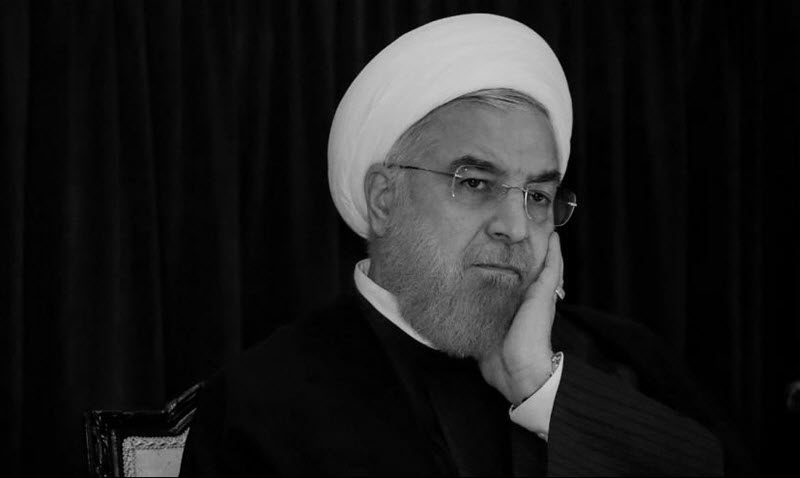 Iran regime’s President Hassan Rouhani said only a few days ago that the regime has been able to overcome the crippling economic sanctions that the United States put back into place last year. He called the action taken by the U.S. administration “unjust” and said that the regime is working on its relations with Iraq to move forward.

However, contradictory reports are coming from other officials in the regime, even those close to the President.

Rouhani tried to make out that his recent official visit to Iraq was successful in aiding Iran become less isolated, but many are saying that this is not the case at all. One Iranian publication quoted the President of Iraq as saying that he does not want his country to “become a field for regional and international quarrels”. Indeed, the international community, in particular the United States, is growing increasingly concerned about Iran’s presence in Iraq with the U.S. Special Representative for Iran Brian Hook saying that Iran was trying to make Iraq another state of Iran.

Prominent politician Sabah Zanganeh has also drawn attention to the crucial issues between Iran and Iraq that must be resolved before there can be any meaningful way forward. He mentioned that the economic exchange between the countries needs to “reach a clear and acceptable state”.
It is very clear for everyone to see that Iran’s presence in Iraq does not serve the interests of anyone but the Iranian regime, in particular the already suffering people of Iraq.
Rouhani went to the country with ulterior and self-serving motives.

The U.S. has already warned Iran that “sanctionable activities” will indeed be sanctioned, no matter what country they are carried out in.

The Iranian regime is trying to secure its pathway through the Middle East so that it can operate freely. The aim is for the Islamic Revolutionary Guard Corps (IRGC) to transport personnel, supplies and weapons, away from international scrutiny. The United States is adamant that it will not achieve its goal in being able to do so.

Earlier this month, it was announced by the U.S. Treasury Department that a new unit has been formed with the aim of tackling the Iran threat. It is called “The Iran Finance Fusion Cell” and it is an interagency group that will be looking at ways to take action against Iran and its “illicit actors”.

Under Secretary of U.S. Treasury Sigal Mandelker drew attention to Iran’s reluctance to adopt internationally mandated financial safeguards and said that the United States has been in contact with the European Union regarding its special purpose vehicle that aids Iran.
The EU has so far been very gentle on Iran and has tried to appease the regime so that it does not pull out of the nuclear deal. However, this appeasement of Iran is sending the wrong message because it essentially gives the regime the green light to continue with its belligerent acts.

The international community must join the people of Iran in their denunciation of the regime’s malign acts, its suppression of the people and its terrorist and destabilising activities.