Europe should support Iranian Resistance, not the Regime 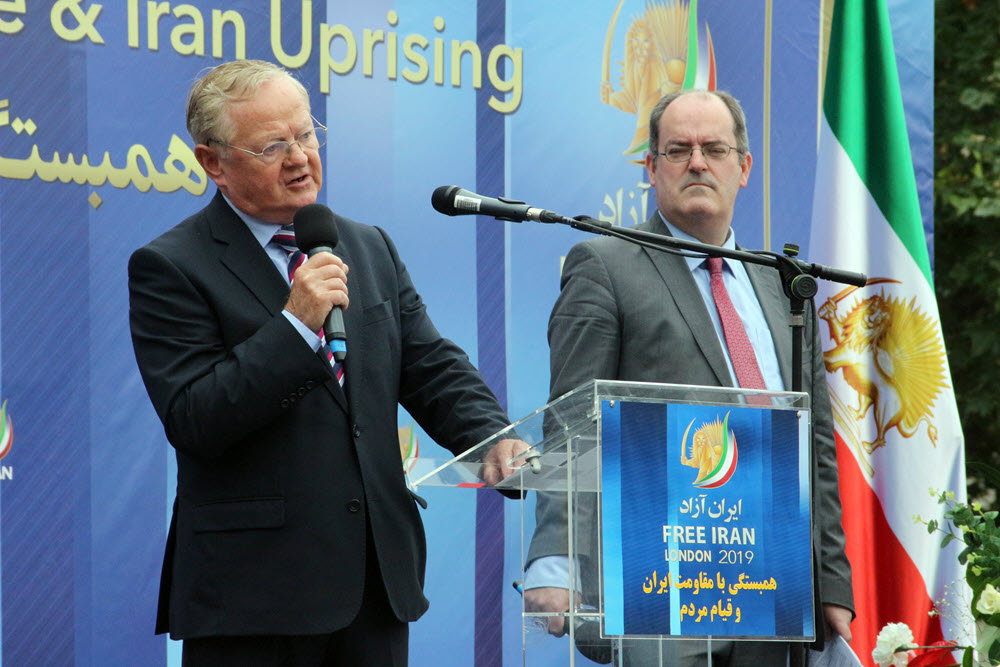 Support for the Iranian resistance group, the People’s Mojahedin Organization of Iran (PMOI/MEK), and for a “maximum pressure” campaign on the Iranian Regime is not limited to one country or one political party. In fact, it’s something that has support in every country and every political party on earth, according to former Irish lawmaker Jim Higgins.

Those people understand that when it comes to dealing with the Iranian Regime, there is a third option that involves neither appeasement nor war. That third option is supporting the Iranian Resistance’s right to overthrow the Regime.

Many of the Resistance supporters attended the international conference in Albania last month, at the headquarters for the Resistance, to express their support, celebrate how far the Resistance has come, and talk about the next steps.

Jim Higgins, a former Irish Fine Gael politician and former Member of the European Parliament who attended the conference, wrote: “Without a doubt, all of these visitors agreed with [opposition leader Maryam] Rajavi’s description of the current Iranian government as a “murderous religious tyranny, the central banker of terrorism, and the world’s record holder of executions”. And within their own nations’ policy circles, they have surely struggled as I have with the question of why the world’s democratic powers would maintain a conciliatory approach to dealing with such a regime.”

The reason that the West advocates for appeasement is because too many do not believe that there is an organised force for regime change or that regime change would not cause domestic chaos. They could not be more wrong, argues Mr. Higgins in his opinion piece for the EU Reporter website.

If the mullahs were to fall tomorrow, the National Council of Resistance of Iran (NCRI), the MEK’s parent coalition, which has already served as a parliament-in-exile for decades, would take over for an interim period of six months until Iran’s first-ever free and fair elections could be held, he pointed out. Rajavi has even got a 10-point plan for a free Iran that indicates the path the Resistance would take.

So the European Parliament should take a maximum pressure strategy, imposing economic sanctions, closing Iranian embassies, and diplomatic isolation on the Regime, not only to support the Resistance but also to punish the Regime for its aggression in the Persian Gulf. Let’s not forget that the Regime poses a significant threat to Europe. Last year, the mullahs tried to bomb an NCRI rally in Paris attended by 100,000 people, and a high-ranking Iranian diplomat was arrested for his involvement.

The Iranian people have been out protesting for regime change since the end of 2017, so they also support the cause.

Higgins wrote: “Under these circumstances, it should be clear to all Western policymakers that domestically-driven regime change is attainable in Iran and that there is no greater threat of instability after that transition than before it. No other nation need directly intervene to bring about that outcome. Western powers only need to apply economic pressure, weaken the regime, and make it clear that despite the mistakes of the past, the international community is now on the side of the Iranian people and their legitimate, democratic Resistance.”