Five Mortal Blows to Iran's Regime by the MEK 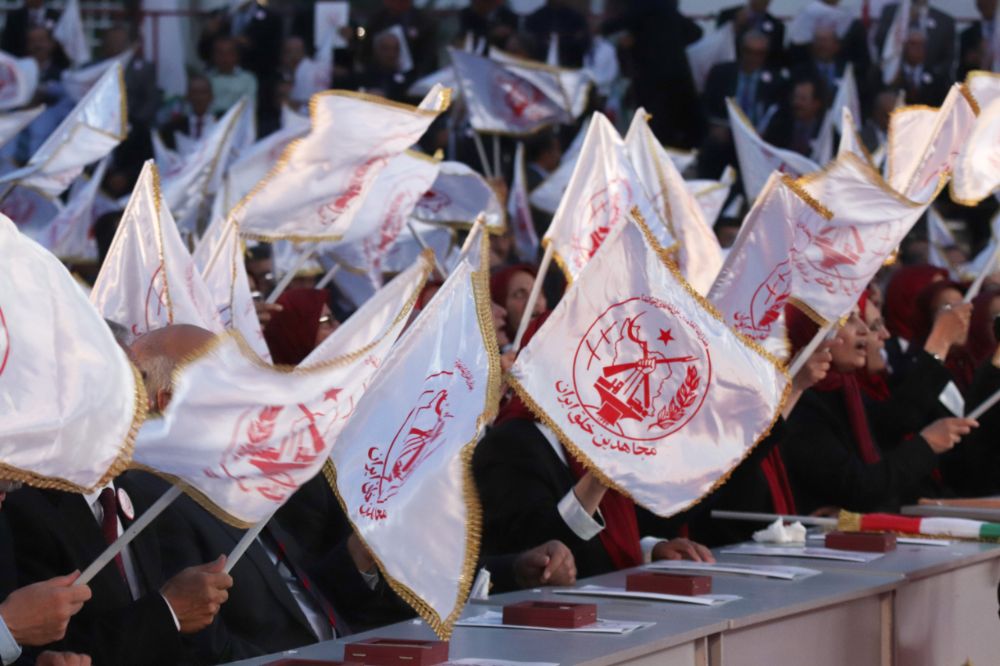 Written by Mahmoud Hakamian on 06 September 2019.

Here are five mortal blows to Iran's regime by the largest and most organized opposition group People's Mojahedin Organization of Iran (PMOI), or Mujahedin-e Khalq (MEK):

1 – Exposing Khomeini as a tyrant

On 11 February 1979, as Iranians toppled the Shah, some six million people flocked to Tehran to greet Khomeini, giving him unparalleled political, religious and revolutionary clout. No group dared challenge him – none, except for the Mujahedin-e-Khalq. MEK leader Massoud Rajavi immediately held a series of public speeches denouncing new restrictions on freedoms and exposing the tyranny that Khomeini was establishing. For 2½ years, the MEK peacefully exposed the flaws of the theocratic system, while Khomeini's armed militias ransacked MEK offices and rallies, killing dozens of MEK supporters and arresting thousands. Finally, on June 20, 1981, Khomeini ordered the Revolutionary Guards to gun down a half-a-million-strong peaceful MEK rally. Thereafter began Khomeini's reign of terror. Thousands of MEK supporters were summarily executed. From that day, Iranians realized Khomeini was a ruthless dictator misusing the name of Islam to hold onto power. His regime lost all legitimacy, and thus began the Resistance to overthrow the mullahs.

Following Khomeini's death in 1989, Western leaders, who sought Iranian oil contracts, immediately sung false praise of supposed moderates taking over Iran's leadership. The MEK, and the broader NCRI coalition to which it subscribes, embarked on a campaign of exposing the global threat of Tehran's brand of Islamic fundamentalism and state sponsorship of terrorism. Massoud Rajavi famously said: "A viper would never give birth to a dove." The MEK's international campaign won the support of a majority of lawmakers in the U.S. Congress, and Parliaments across Europe. More recently, NCRI President-elect Maryam Rajavi successfully rallied huge bipartisan support among lawmakers and former officials for the right of Iran's people to overthrow their dictators. In 2019, the U.S. State Department designated the regime's Revolutionary Guards (IRGC) as a Foreign Terrorist Organization.

In 2002, at a press conference in Washington, the NCRI revealed the Iranian regime's secret uranium enrichment site at Natanz and heavy-water reactor in Arak. The revelation, based on MEK intelligence smuggled from within the regime, triggered an investigation by the UN nuclear watchdog that found the regime to be running a secret nuclear program. The MEK and NCRI subsequently held dozens of press conferences revealing details of other illicit nuclear weapons, WMD and ballistic missile production sites and projects. These revelations resulted in UN and international sanctions on the regime that plague the mullahs to this day.

Khomeini used the 1980-88 Iran-Iraq war as cover for continuing domestic repression and excusing his regime for its inability to run a modern state. In 1983, the Iraqi government signed the NCRI's 'Peace Plan' for an end to the war. The MEK, which had fought against invading Iraqi forces at the start of the war, ended all hostilities with Iraq once Iraqi forces withdrew from Iranian territory and signed up to the Peace Plan. Khomeini, meanwhile, refused to sign the plan and vowed to continue the war until the last roof standing in Iran with the ultimate goal of 'Liberating Jerusalem via Karbala.' The Iraqi government permitted the MEK to establish bases on the Iran-Iraq border. The MEK's presence in Iraq was based on complete independence from the Iraqi government. In 1987, the MEK set up the National Liberation Army, which received widespread domestic support. In each of the NLA's major operations against the regime's Revolutionary Guards, residents of liberated cities flocked to join the ranks of the movement fighting for their nation's freedom. In 1988, an NLA operation that liberated the city of Mehran, led to a popular slogan, "Today Mehran, tomorrow Tehran." The success of the MEK and NLA and the possibility of further military defeats for the regime frightened Khomeini to the extent that he backtracked on his pledge of continuing the war until 'the enemies of Islam' were defeated, and he was forced to accept a ceasefire with Iraq.

5 – Breaking away Khomeini's heir from the regime

Twice in the past four decades, the MEK triggered major splinters within Iran's regime. In 1981, the MEK persuaded the then-President to part ways with Khomeini. In 1988, as a massacre was underway, on Khomeini's order, of all political prisoners who remained loyal to the MEK, Khomeini's heir-apparent Ayatollah Hossein-Ali Montazeri spoke out against the massacre, describing it as the "greatest crime against humanity for which history will condemn us." An angry Khomeini dismissed Montazeri who was later placed under house arrest. In 2016, an audio tape surfaced of Montazeri's conversation with members of the 1988 Death Commissions, triggering further public demands for justice over the massacre.

The MEK's role in Iran today

The NCRI and the MEK represent a powerful democratic alternative to the regime. The MEK has gained widespread grassroots support over the past 40 years despite the execution of 100,000 MEK activists and terrorist attacks against MEK members and dirty political deals against the group.

In recent years, the MEK has been able to expand and organize its network inside Iran despite pervasive repression. In 2017, the MEK relocated from Iraq to Albania and set up a base called 'Ashraf-3' from where the Mojahedin serve as a beacon of hope and inspiration for millions of young Iranians. Simultaneously, the MEK set up 'Resistance Units' in Iran whose goal is to spread the message of the Resistance and turn economic and social protests into a nationwide uprising against the mullahs.

In December 2017 and throughout 2018, a major uprising in more than 140 cities, with calls for regime change, rattled the regime. On January 9, 2018, the regime's Supreme Leader Ali Khamenei explicitly stated the MEK were behind the protests. President Hassan Rouhani on January 2, 2018 told French President Emmanuel Macron in a telephone call that the MEK were behind the unrest and he requested (in vain) that France rein in on the group.

In reaction to Alavi’s comments, the MEK stated that the number of arrests of its activists last year was actually much higher. The MEK published a small sample of the names and particulars of 28 of the detainees, calling for urgent international action for their release. This sample list speaks volumes about the MEK's growing status inside Iran. Over half of those listed are under 35 years old. Among them are women, and they were arrested in 13 different cities, indicating the MEK's extensive reach in Iran.

Iran's regime is crippled by major crises and terrified of the Iranian people as its true enemy. It fears them becoming organized, and it certainly does not want any semblance of an alternative to its authoritarian rule. It is on the hunt for anyone associated with the MEK.

Alavi’s comments belie what regime apologists spew out about the “lack of popular support” for the MEK inside Iran. The MEK has proven itself to be the only democratic opposition capable of rallying Iranians against the regime, through a formidable organizational structure and popular network inside Iran.

The international community should recognize the Iranian people’s democratic right to regime change. Iran has an alternative, led by the MEK, that is capable of establishing a democratic and pluralist republic based on separation of religion and state, gender equality, autonomy for Iran’s ethnic groups, and a non-nuclear Iran.

Thanks to its organization and cohesiveness, the Iranian Resistance can replace the regime and is able to ensure a peaceful transition of power to the Iranian people’s elected representatives.

Background: The PMOI (MEK) was founded on September 6, 1965 by three university students to overthrow the Shah's dictatorship. Since 1981, the MEK has been fighting to overthrow the mullahs' regime and establish democracy, freedom and human rights in Iran.