Across the Globe, Iranians and MEK Supporters Rally in Solidarity With Abadan 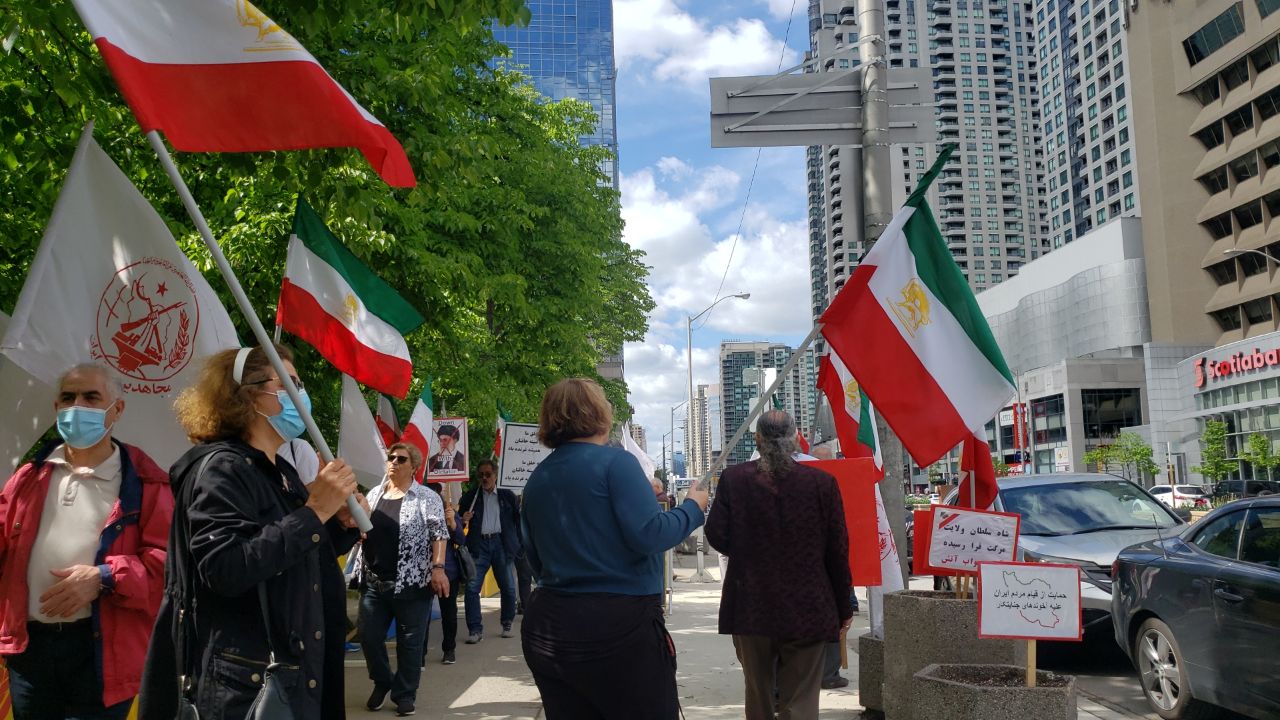 Iranians, supporters of the Mujahedin-e Khalq (MEK/PMOI), have been holding protests in recent days across the globe, expressing solidarity with their arisen compatriots. They also expressed sympathy with the people of Abadan, southwest Iran, where dozens were killed following the collapse of the Metropol tower last week.

On Monday and Tuesday, the freedom-loving Iranians and MEK supporters gathered in several cities in Europe and Australia. They also held demonstrations in solidarity with the people of Abadan in Paris, Brussels, Oslo, Gothenburg, Sidney, Berlin, Hamburg, Cologne, Zurich, and Arhus, holding banners and signs supporting the Iranian people’s uprising and condemning the Iranian regime’s violent crackdown on protesters.

In addition, on May 28 and 29, MEK supporters and Iranians in Brussels, Amsterdam, Hannover, Hamburg, Toronto, and Vancouver gathered in solidarity with the people of Abadan and other cities in Iran, rising against the ruling theocracy. They held banners urging the international community to stop negotiating with Iran’s religious fascism and to support the Iranian people’s aspiration for freedom and democracy.

It is worth noting that Iran’s agents attacked the protest by MEK supporters in Belgium on May 29. This attack was a desperate reaction to the solidarity protests with the people of Abadan spanning across Iran and the four corners of the world. According to the Iranian Resistance’s statement in this regard, “Mistaking Brussels streets with Abadan, the regime agents attacked and injured several demonstrators who repelled their assault. Belgian police arrested the agents.”

“The agents’ attack on MEK supporters rally in Brussels is the flipside of the attempt to bomb the Iranian Resistance Annual gathering in 2018 by a regime diplomat-terrorist and his three accomplices holding Belgian passports,” the statement adds.

#IranProtests2022: Supporters of the National Council of Resistance of #Iran hold a rally in solidarity with protesters in the South Western city of Abadan and other cities. Protests have been going on in several cities in the past few days. pic.twitter.com/yinmFOQUyq

Protests erupted in Abadan when the incomplete ten-story Metropol building in Abadan collapsed, killing and injuring dozens. The regime officials refused to address this tragic incident, adding to people’s hatred toward the regime, as the building was constructed by an individual with extensive ties with the regime.

Instead of helping the people, and as more residents were still trapped under the rubble, the clerical regime dispatched repressive Special Units to the scene. In response, locals in Abadan poured onto the streets chanting anti-regime slogans. These protests soon spread across Iran, once again showing the volatile state of Iranian society.

On Monday evening, May 30, protests entered their second week. People in different cities stretching throughout the country expressed their hatred toward the regime’s criminal officials. They chanted slogans such as “Death to the dictator,” “Condolences to Abadan,” and “Our enemy is right here. They lie, saying it’s America.” They blocked the roads by burning tires in some streets and clashed with repressive forces. The regime has been using live ammunition and teargas against unarmed protesters.