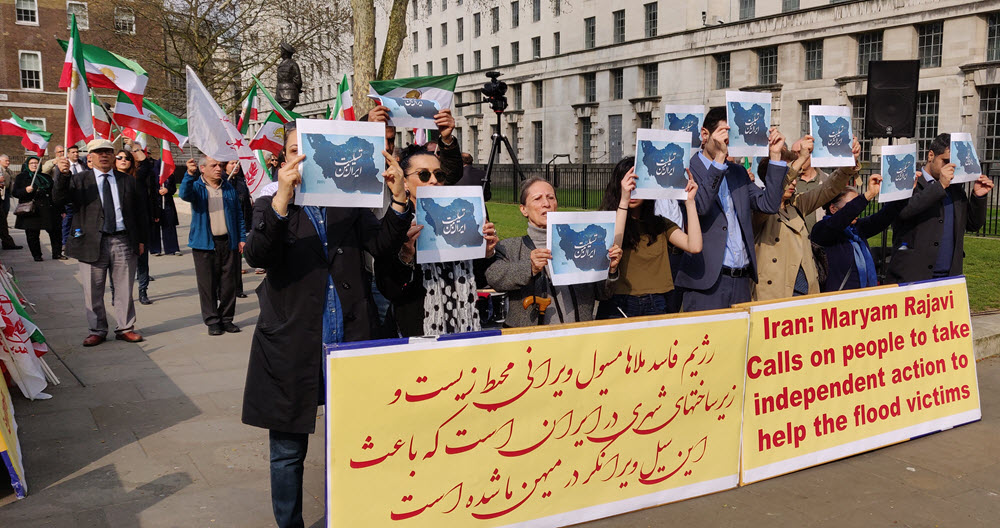 Members of the Anglo-Iranian Communities and supporters of the National Council of Resistance of Iran expressed solidarity with the flood victims in Iran at a rally outside Number 10 Downing Street in London on 30 March 2019. They also extended their condolences to those who have lost everything and their loved ones during the deadly floods.

In the past few days, heavy rain and strong winds have caused massive floods in more than 25 of Iran’s 31 provinces and many cities including Shiraz, Khorramabad and Isfahan. The massive floods have destroyed cities, homes, roads and have taken the lives of many people.

While heavy floods have devastated most of Iran’s southern and western provinces, the authorities and Rouhani’s government are neglecting the victims and instead put the blame on one another.

The people cannot hold back their anger at the lack of relief and the role of the authorities in destroying the country’s infrastructure, which have greatly contributed to worsening consequences of this natural disaster.

Amid the disastrous floods and vast devastation, there is not much presence of aid workers and relief agencies. The regime has instead dispatched the Revolutionary Guard Corps (IRGC) and the Bassij paramilitary force to quell the outbreak of popular protests. The regime has also brought tanks and armoured vehicles in several cities to confront these protests.

In a message of solidarity with flood victims, the President-elect of the National Council of Resistance of Iran (NCRI), Mrs Maryam Rajavi, called for “national solidarity versus the devastating floods and the ominous torrent of the clerical regime”.

“This disaster once again proved that the ruling mullahs’ 40-year policy of plunder and pillage has taken a heavy toll on the lives and livelihood of our people in every flood and earthquake … Indeed, the clerical regime is truly an occupier regime”, the NCRI President-elect said.

“I hereby call on all my fellow countrymen and women to cooperate together in the flood-hit areas and in other areas which are in danger. The only way and the best way is that we help one another. No one and no other power is more effective and more accessible than the power of solidarity among us”, NCRI President-elect said in her message, noting that “all of country’s resources that belong to people have been stolen by the IRGC, the Army and other government agencies.”

“The clerical regime hides the real statistics out of fear from people’s anger. This is while the number of flood victims in various cities in the country reaches over 200, with a majority in Shiraz. The delay and procrastination of the regime in helping and rescuing those who are besieged by the flood has increased the number of victims”, Hossein Abedini from the NCRI Foreign Affairs Committee said in his remarks to the rally reiterating that Mrs Rajavi’s call for national solidarity versus the devastating floods and the ominous torrent of the clerical regime is the best and only way for the people of Iran to help one another.

Participants and speakers at the rally in London reiterated the call by the NCRI President-elect, Mrs Maryam Rajavi, on “the youth to protest against the calamitous management of the crisis by the authorities and to force the regime to make available to the population the resources and the equipment of the IRGC.”

In their remarks, representatives of Anglo-Iranian Associations called on the UK government to condemn the regime’s repressive response to the popular protests and urge the UK government to work with the EU to publicly call on the Iranian authorities to provide relief to the affected areas.

Renowned Iranian artist and singer Gissoo Shakeri performed at the rally in solidarity with the flood victims and their families. In her remarks, she condemned the regime in Iran for only bringing destruction and misery to Iran with 40 years of repression.

“The neglect and deceptions of the Iranian regime over the catastrophic floods and landslides are characteristic of its disregard and oppression of all dissidents. Mrs May’s Government must now take them to task”, Malcolm Fowler, Senior Solicitor and former member of the Human Rights Committee of the Law Society of England and Wales, said in his remarks to the rally.

Dr Tahar Boumedra, former Chief of the Human Rights Office of the United Nations Assistance Mission for Iraq (UNAMI), added, “I am here to support you and the Iranian Resistance. I stand with you in solidarity with the flood victims.”

Nwabueze Nwokolo, who spoke at the rally in her personal capacity as a lawyer, said, “I am here to express my support with you and the Iranian people. We had a similar catastrophe in Africa, and the only way to stop these disasters is to have a responsible government, which you are all working so hard for.” 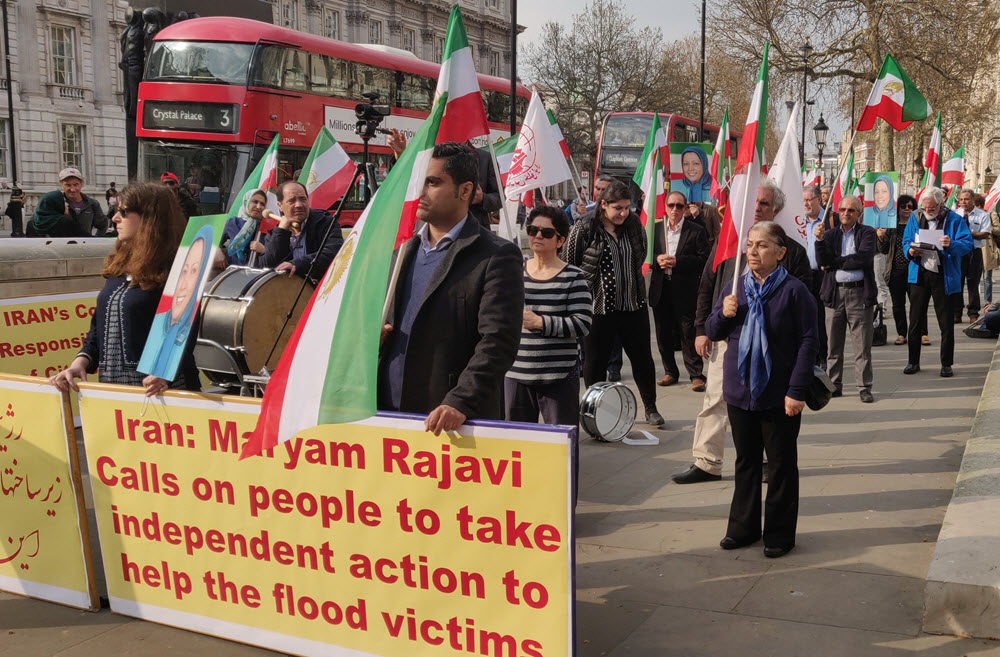 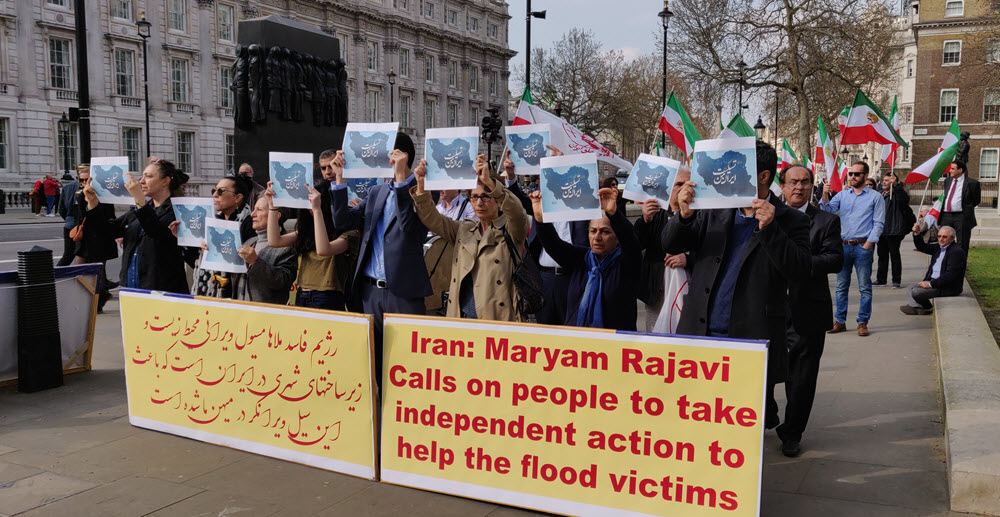