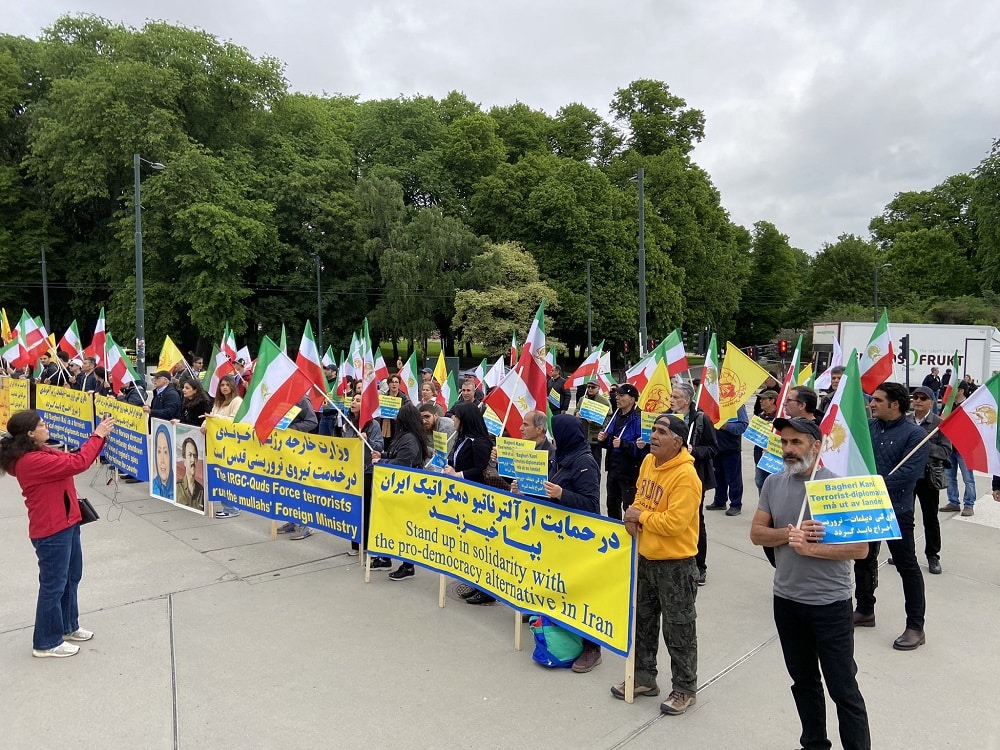 The scheduled visit of the clerical regime’s Deputy Foreign Minister Ali Bagheri Kani to Norway has become troubling for both Oslo and Tehran.

On June 2, as Bagheri Kani went to meet with his counterpart at the Norwegian Ministry of Foreign Affairs, Iranians living in Norway staged a  protest against the visit. The protestors condemned the move, demanding the expulsion of the diplomat of the biggest state sponsor of terrorism and halting Oslo’s policy of appeasement towards Tehran.

In front of the Norwegian Parliament in Oslo, Bagheri Kani was chased away and his car was pelted with rotten eggs by the angry protesters.

Bagheri Kani, the brother of the Supreme Leader Khamenei’s son-in-law, was a former Judiciary deputy in charge of the regime’s human rights records who systematically sought to justify and whitewash Tehran’s atrocities against Iranians inside the country as well as spreading lies on global platforms where the regime was to defend its human rights violations.

Iranian refugees who were forced to abandon their homes and family due to the regime’s brutal rule, see Ali Bagheri Kani’s visit to Norway as a blatant insult to the Iranian people and the cause of freedom in their country. As people all over Iran are taking to the streets every day and risking their lives to call for regime change, embracing the regime’s representative by Oslo is signaling where the Norwegian government stands.

Footage submitted from the scene shows the aftermath of Bagheri Kani’s vehicle being targeted by Iranians with rotten eggs. An Iranian protestor continues to call out the regime’s representative for what he is and what he stands for.