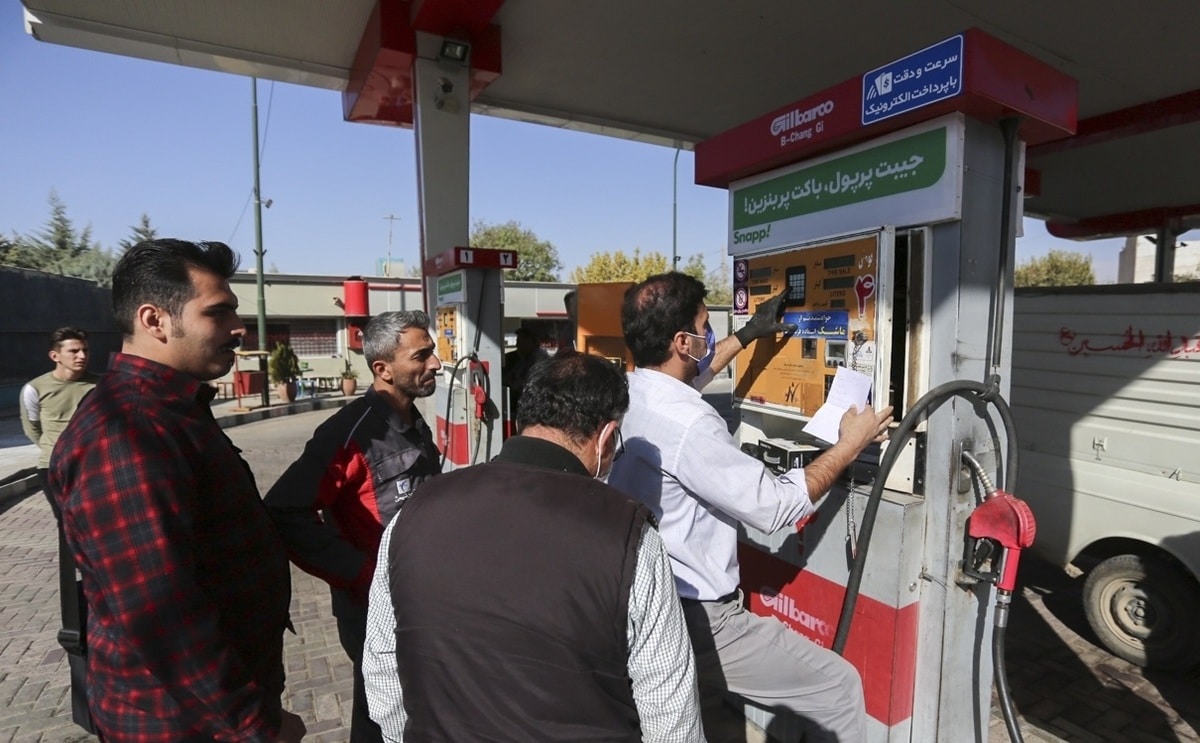 There are currently some indications that the Iranian regime is planning to increase the price of gasoline and other energy products. There are shortages at gas stations, with quotas being reduced to 100 liters, while at the same time, the regime’s propaganda networks are amplifying claims that gasoline is being consumed at excessive rates and that low domestic prices have resulted in very high volumes of gasoline smuggling to neighboring countries. Such claims constitute familiar justifications for the regime to increase prices.

Meanwhile, the relevant government officials are providing inconsistent responses to reports about pending increases. Most recently, the CEO of the Oil Products Refining and Distribution Company said: “The government quota of 60 liters in fuel cards remains, and only the free quota has decreased by 100 liters and has reached 150 liters from 250 liters” (State-run TV – August 31).

Contradictory statements, alternating confirmations and denials, and the implementation of temporary projects in some cities and regions of the country are well-known tricks of the regime to wear down social sensitivities.

The lesson that the regime has learned from the uprising of November 2019 is that the price of sensitive goods such as gasoline and bread should be “managed” step by step through the creation of artificial shortages, which force people to stand in queues of several kilometers and prepares the ground for increasing the price of gasoline.

The regime’s false and deceptive propaganda states that Iran’s gasoline price is the cheapest in the world and that its gasoline consumption is the highest. In this way, it deflects blame for the catastrophically high death rate due to air pollution, which currently amounts to 21,000 people annually. Claims about cheap gasoline also gloss over the fact that the cost of labor in Iran is also many times cheaper, with the salary of an average Iranian worker being only one-tenth to one-third that of their counterparts in neighboring countries of the region.

The regime’s deceitful groundwork for increasing prices is not limited to gasoline and fuel; the regime is currently using the same method of deceptively increasing prices for other commodities, including bread.

Reports from various cities indicate long queues in front of bakeries. The supply of government flour to bakeries has decreased, and people, especially the poor, are forced to buy it from independent bakeries at several times the market price because government quotas do not provide for even basic consumption.

Why is Tehran spreading contradicting news and rumors about fuel prices?

Fuel and bread are the only goods for which the regime fears to consequences of price increases due to social sensitivity and previous uprisings. In the case of other goods, including chicken and various other foods, the price increase is staggering.

The skyrocketing prices of essential goods and the high inflation rate are not without reason. The regime deprives the Iranian people of food, milk, fruit, chicken, and eggs and exports them to other countries to get enough money for its nuclear program, repressive activities, terrorism, and warmongering in the region.

In his press conference on August 9, President Ebrahim Raisi claimed that his government had “solved the budget deficit without printing money!” But Abdolnasser Hemati, the former head of the central bank, revealed that in a period of 10 months (from September 23, 2021, to the end of July 2022), 134 trillion Tomans were printed. A day after Raisi’s lie, Supreme Leader Ali Khamenei came onto the scene to support those lies and thus showed that he himself was behind his predatory and destructive actions.

Of course, when the chants of people’s protests have even echoed within the ruling gang, Khamenei is forced to use his authority within the regime to support Raisi, because Raisi is his last chance. But the question is, how long and to what extent will the Supreme Leader be able to keep the regime on its feet against the storm of uprisings by covering up the explosive situation of Iranian society and the decay of the entire regime?